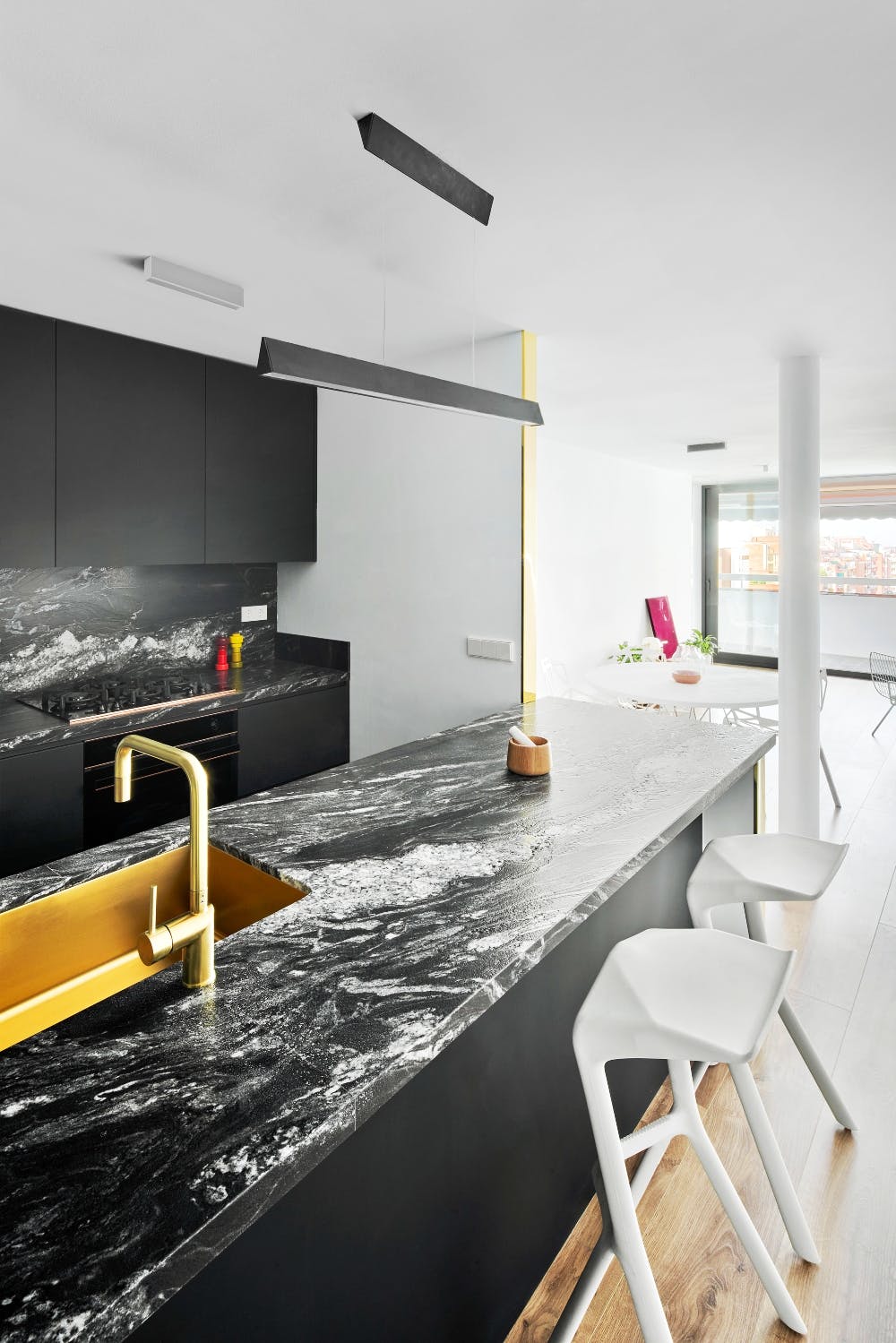 A bachelor apartment whose owner dreamed of a bright and open home.

The Sardenya apartment was the work of architect Raúl Sánchez. This modern and functional apartment features two L-shaped partitions. 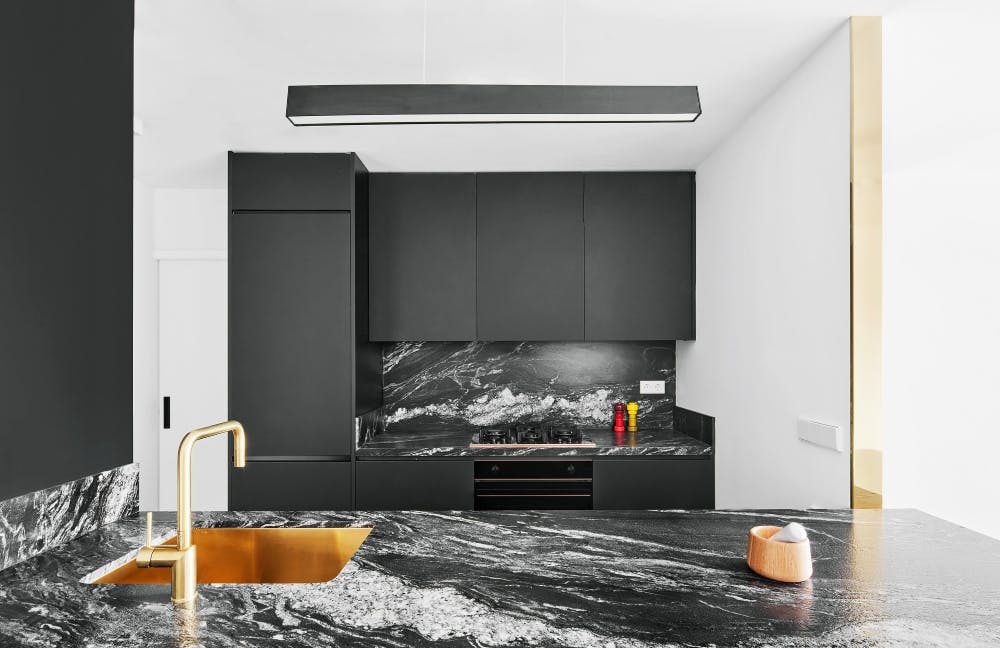 The first faces toward the entrance and houses the kitchen area; the second houses the bedroom and en suite bathroom. The rest of the space flows freely throughout the interior, maximizing a sense of spaciousness and fading the limits between rooms. The open, unobstructed, and practical kitchenthe star of the apartment is dressed in materials from Sensa by Cosentino. 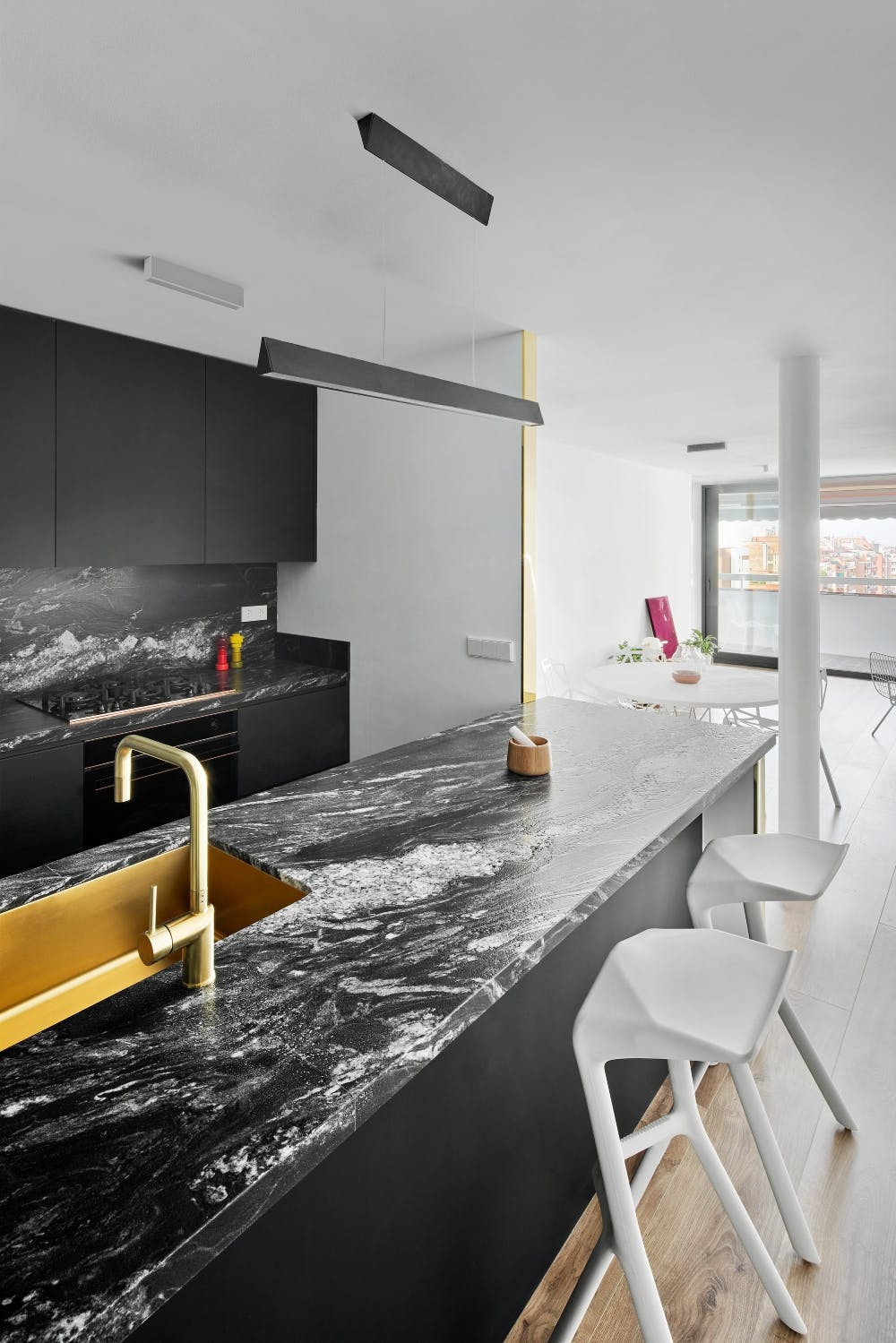 Open spaces The kitchen's black natural stone from Sensa by Cosentino contrasts with the apartment's calm white hues, enriching the home's character. The L-shaped elements serve to soften the lines between spaces. The kitchen, which faces toward the entrance, is separated from it with a free-standing wall, covered in a huge mirror that blurs the boundaries of the narrowest access to the kitchen. At the same time, this space opens to the combined living room-dining room by way of an island that overflows into that area. The golden notes on the brass faucet and sink contrast with the counter's black surface. 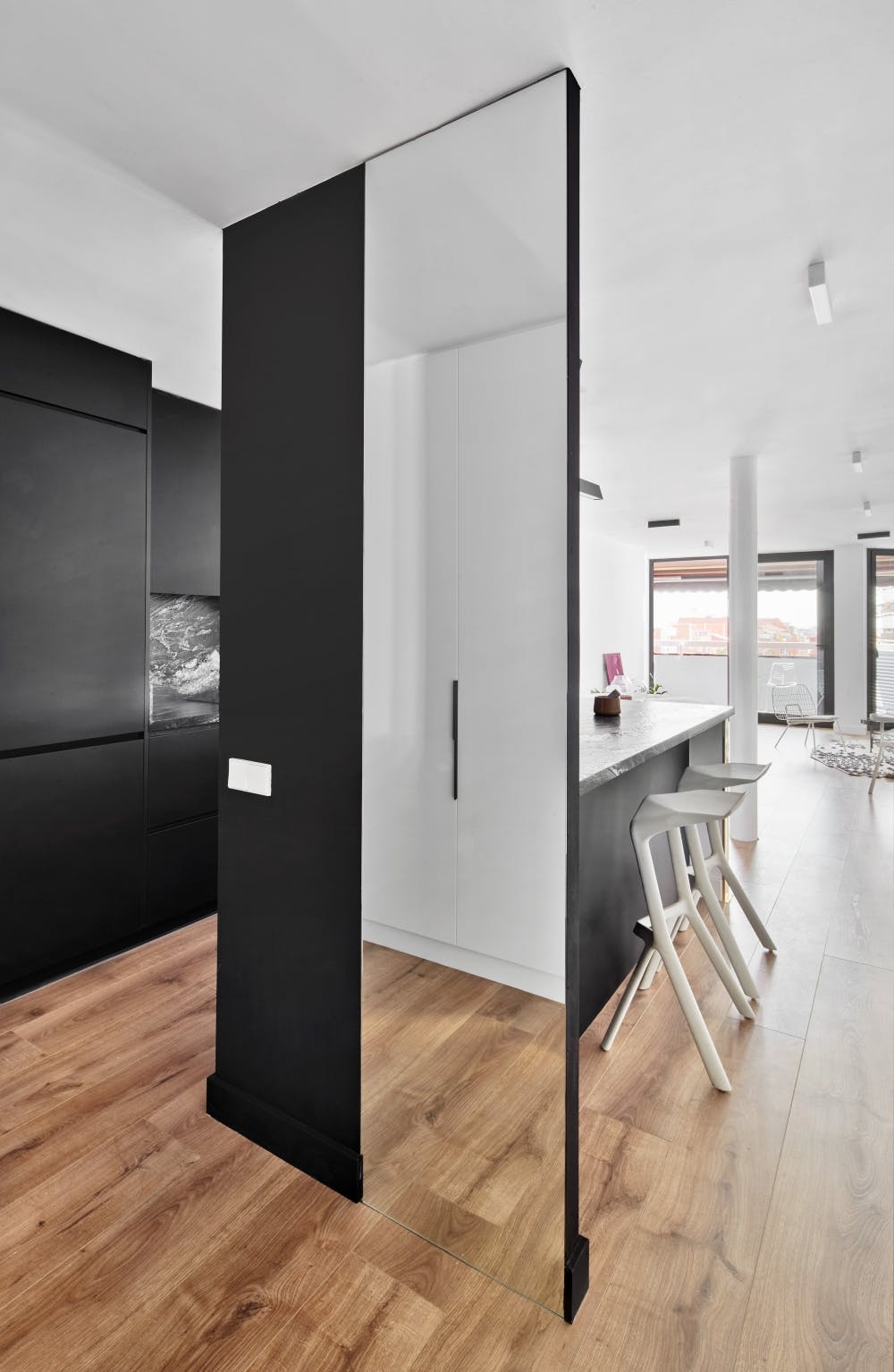 Blurring the boundaries Both the bedroom and bathroom are closed with oversized pivoting doors, from floor to ceiling, without frames or lintels. The partitions are only interrupted where they meet the doors, which, when open, allow the space to flow through them freely. The common areas extend to these rooms, whose use is more occasional, allowing them to enjoy greater functionality. 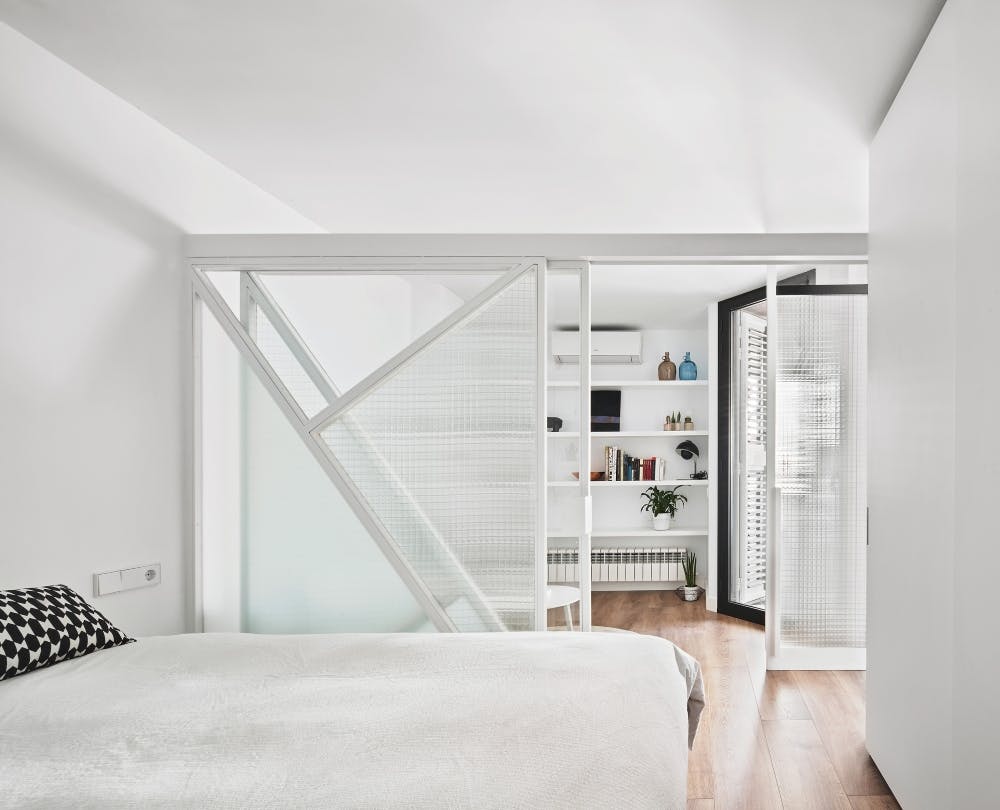 Pure contrast The large pivoting doors in the guest area are lacquered in black, their handles in brass, marking a contrast with the white walls. The en suite bathroom is finished completely in black, combining ceramic, Sensa by Cosentino natural stone, micro cement, and black varnish. The taps and sinks are also in black. In contrast, the guest bathroom has an inversed color scheme: here the Sensa by Cosentino natural stone is white, as are the micro-cement and varnish, leaving only the sink and faucets in black. 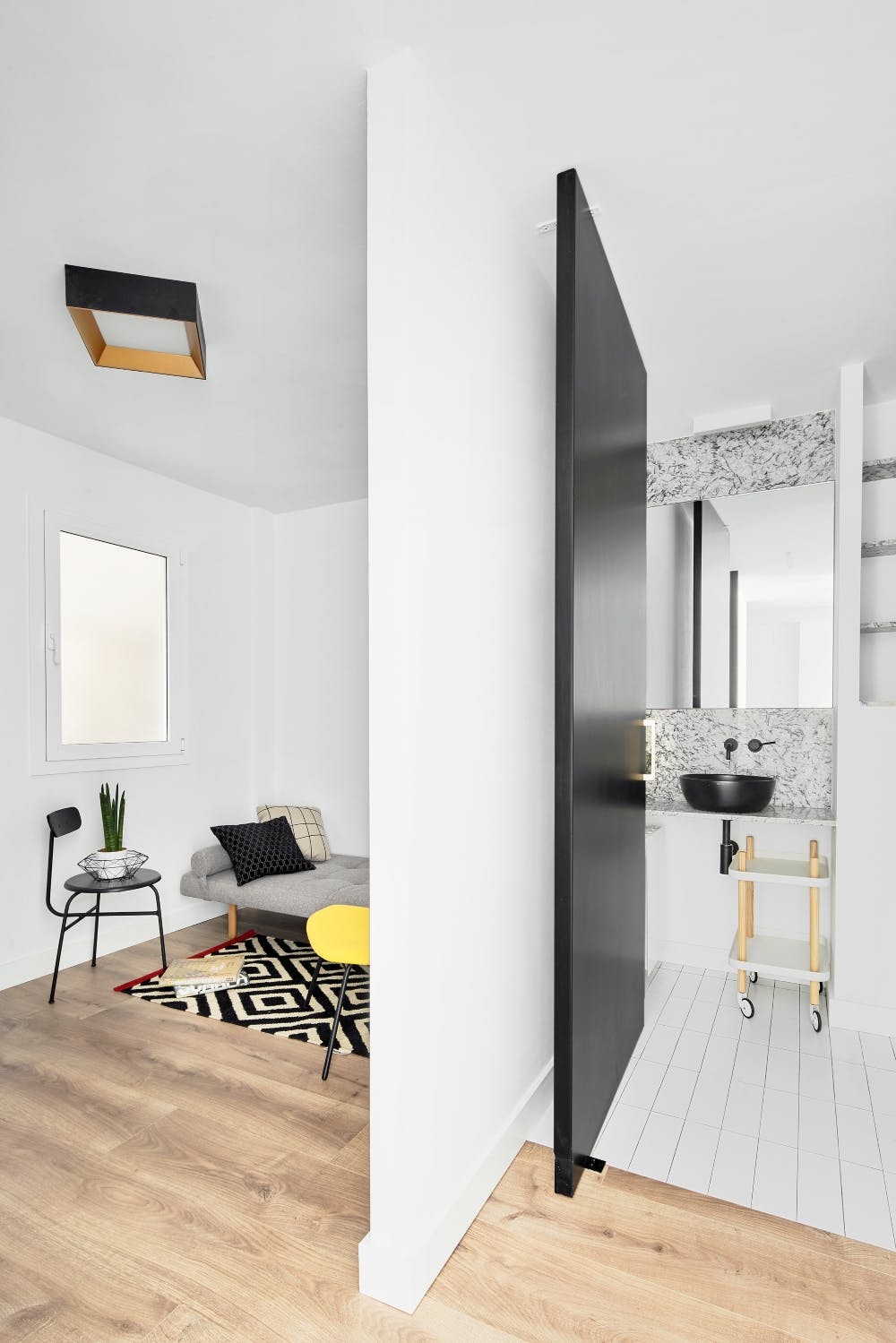 Simplicity and Light The furnishings are designed in a white lacquer with all black hardware, while the lighting fixtures alternate between black and white. In the living room, a Butterfly chair and Visu armchair stand out, but the true star in this space are the two huge picture windows that open to the terrace, filling the home with light. The natural wood flooring provides the home with warmth. 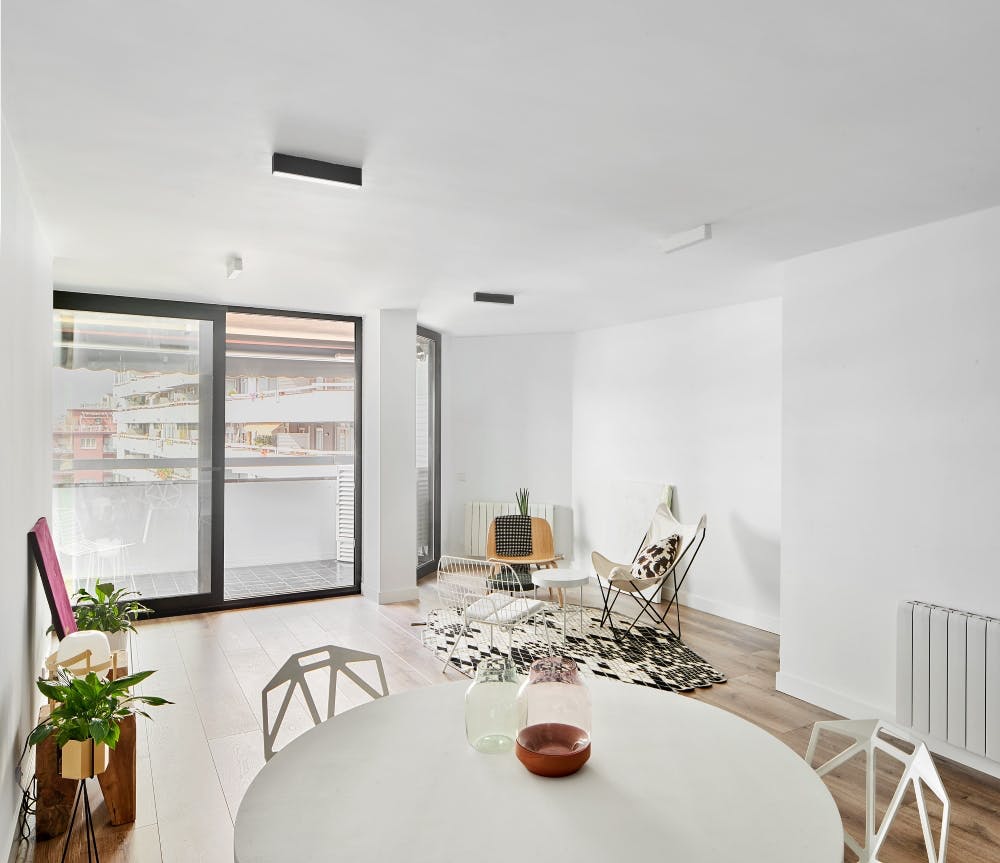 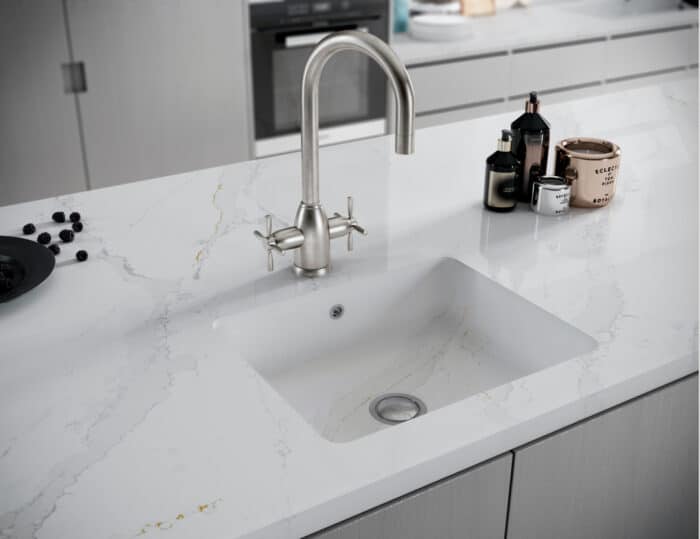 Changing the world from the kitchen: 10 simple steps to cut down on harmful substances in your kitchen 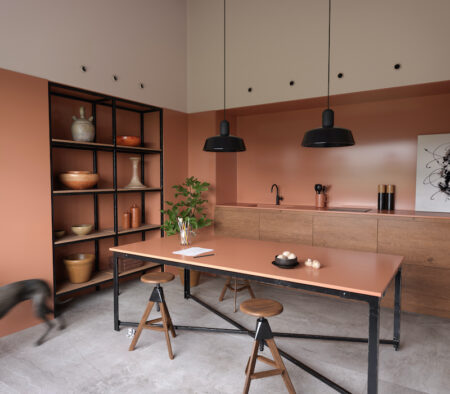 Changing the world from the kitchen: 10 simple steps to recycle and reduce waste in your kitchen 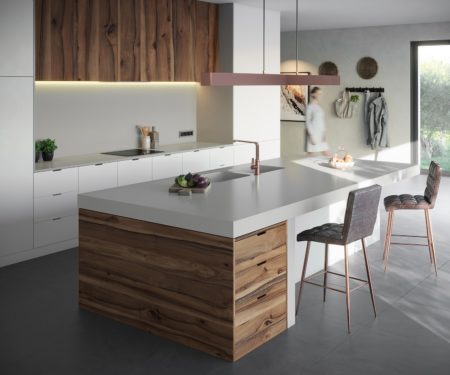 Changing the world from the kitchen: 10 simple steps to save energy in your kitchen 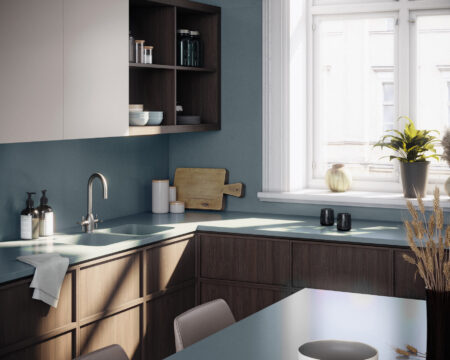 Changing the world from the kitchen: 10 simple steps to save water in your kitchen