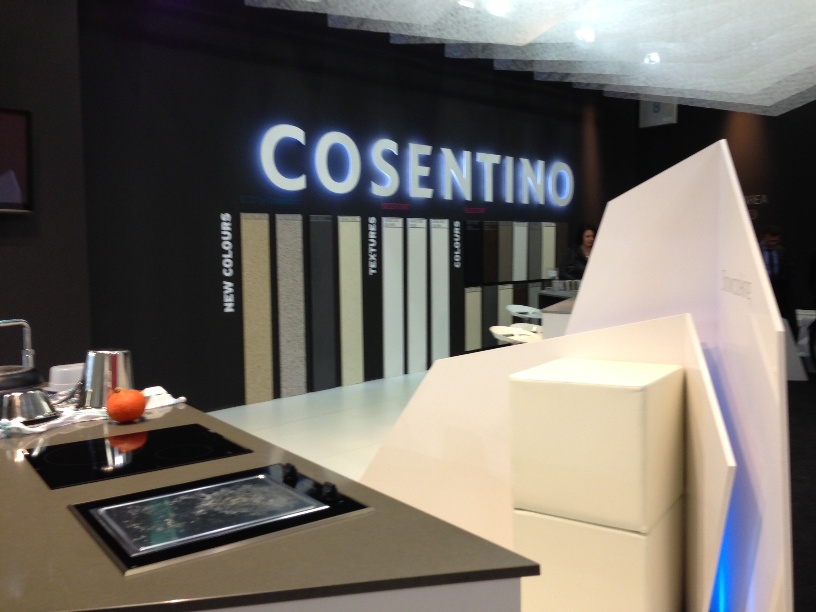 Cosentino Group is participating in the 2nd edition of Living Kitchen 2013. This trade show, held in Germany in the Koelnmesse exhibition centre in Cologne until 20 January, showcases trends that will define design in kitchen furniture both for professionals and consumers.

Yesterday on the first day of the event, hundreds of visitors passed by the Spanish company’s 108m2 stand, doubling its exhibition space in the second edition of this event. The German and Austrian markets are two of the most important for the Cosentino Group. Annual growth in the past three years has reached 30% in these markets.

Cosentino will present the new extra matte finish Suede by Silestone, the latest series of colours Eco by Cosentino, the Integrity DUE sink made ​​of a single piece of Silestone, and the new Cosentino bath collection. 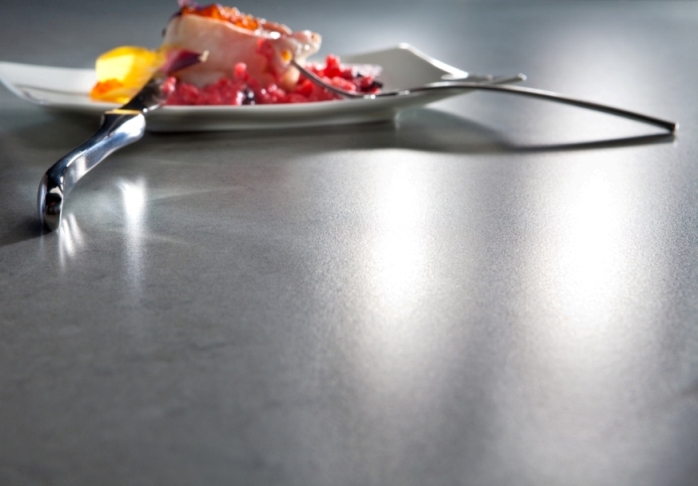 During the first two days of the fair, the Cosentino stand also has a very special guest, the famous chef Chakall who will offer live show cooking and tapas tasting for Cosentino “Elite” and “Loyalty” customers.

Likewise, yesterday evening, Cosentino offered a glass of champagne to dozens of journalists who attended yesterday, from the company, Santiago Alfonso, Cosentino Group Communication and Marketing Director, Vanessa Feo; Thomas Schmal, Area Director for Germany and Austria as well as the Cosentino sales team in this part of Europe.

Cosentino has a total of five Cosentino Centers in this region, in Munich, Berlin, Düsseldorf, Stuttgart and Vienna, and it will boast more than 200 “Elite” showrooms and more than 5,000 worktops on display in kitchen studios in the two countries.

Thanks to the great reception that the Living Kitchen 2013 show has received, this event is fast becoming a European reference in the kitchen industry.

Cosentino, with the presence in Living Kitchen 2013, once again demonstrates not only its leadership in the field of design and innovation, but the effort that the company makes to provide the best service to customers, creating a must-see space for visitors of this international kitchen event. 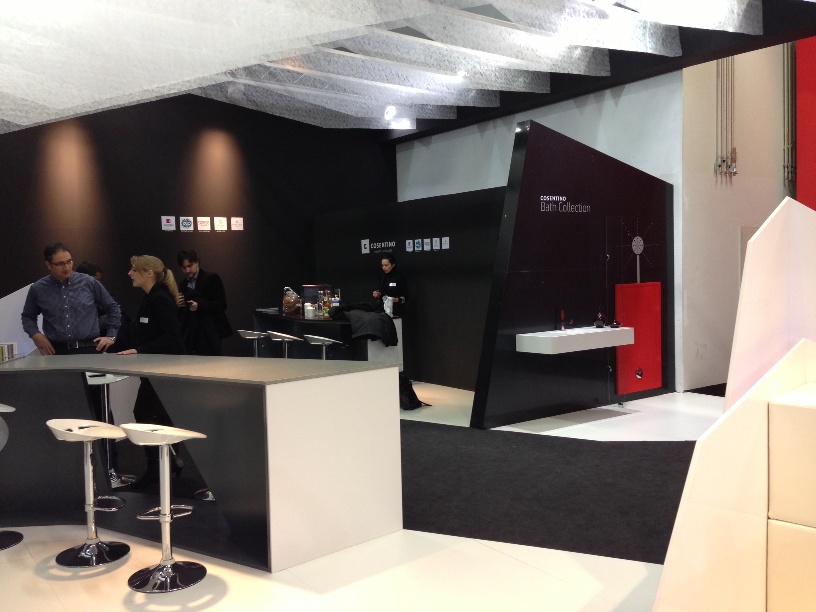