Cosentino Group is holding its 10th Latin American Distributors Convention, which brings together more than 50 professionals from 12 countries, including Argentina, Chile, Peru Colombia, Uruguay, Venezuela and Brazil, among others in Almería.

The aim of this meeting is to inform the representatives, through various briefings, on the annual strategies and policies of the company with regard to commercial, marketing and product areas.

The main subject of the convention is the latest product by the multinational, Dekton® by Cosentino, as well as the new installations at the Industrial Park in Cantoria. The Latin American representatives and distributors will learn first-hand about Dekton®, a revolutionary and innovative ultracompact surface, the result of the largest technological and commercial challenge undertaken by Cosentino Group to date.

With an investment of 128 million euros and 22,000 hours of research dedicated to the creation and launch of this product, Dekton® is the Group’s new brand, which aims to become a leader in the global market of surfaces for architecture and design both in terms of outdoor and indoor spaces.

And so these conferences, running from Thursday 2 May to Sunday 5 May, have returned this year to Almería. They were held at the Cantoria Industrial Park, where the Latin American distributors visited the Dekton® factory and the new logistics platform among other new features of the expansion and improvements made to the group’s headquarters.

Finally, this Convention highlights once again the significant and growing presence of Cosentino in South America, especially Brazil and the Cosentino Latina subsidiary, which last year celebrated its tenth anniversary. 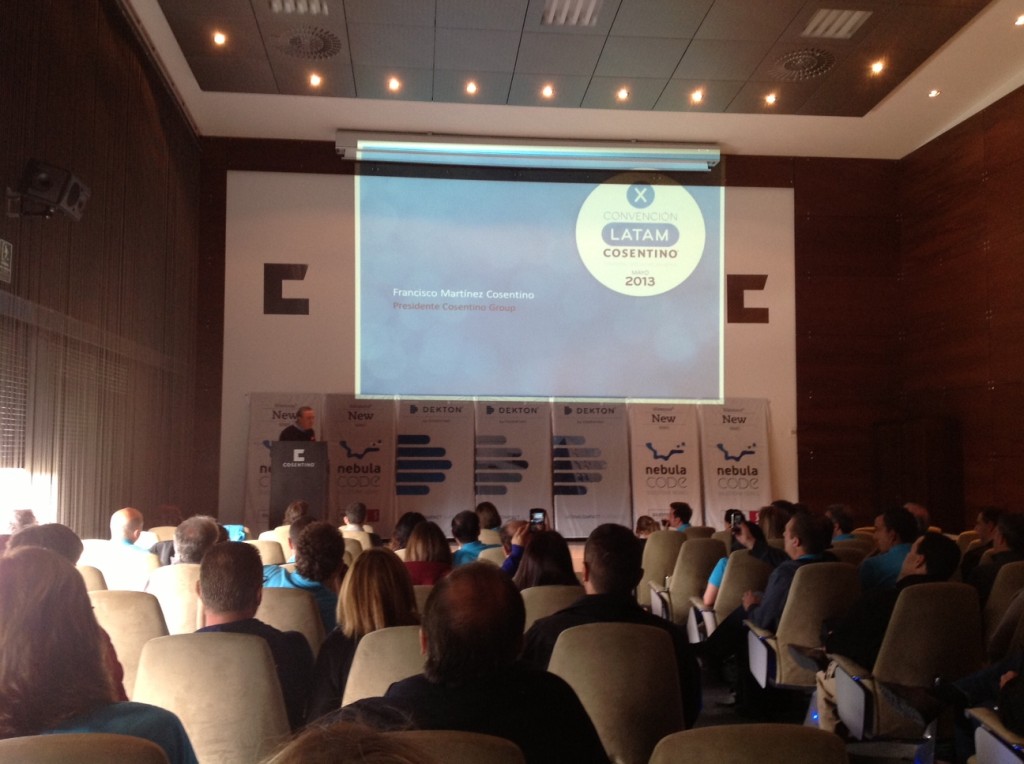 In the words of the Cosentino Group Chairman, Francisco Martínez-Cosentino, during his opening speech of the Convention, “the most promising regional market for us in the coming years will be Latin America. For this year, we expect sales to grow across the entire continent and in the turnover of our subsidiary Cosentino Latina”.  Francisco Martínez-Cosentino concluded that “for all of us it is a source of great pride to have the excellent sales team in this region, as well as the excellent partners and collaborators in terms of distribution. Also having a company like Latina in Vitória is an example of continuous learning and growth for all of us in the world of granite”.

Currently the multinational has 7 Cosentino Centers on the continent, six in Brazil and one in México D.F. It also has a large number of distributors in these countries and in other Latin American capital cities.  Meanwhile, Cosentino Latina, located in the Brazilian city of Vitoria, has become one of the leading exporters of granite in the country and is responsible for the distribution of this material for the whole world, in particular the United States, where the brand Sensa by Cosentino ® is highly sought-after.