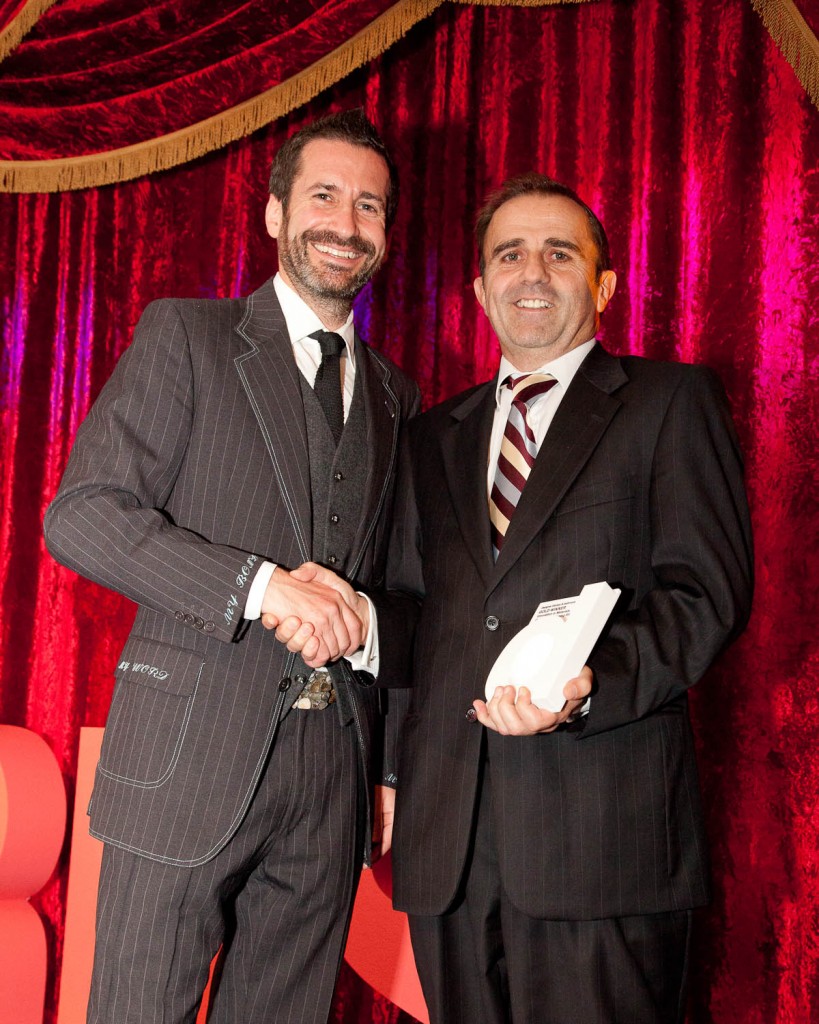 The world leader in the production and distribution of quartz, natural stone and recycled surfaces, Cosentino is delighted to announce that the Shaping Silsetone project has scooped the prestigious Designer Kitchen & Bathroom, Product Innovation award for materials. Now in their 10th year, the awards are committed to celebrating and promoting excellence in kitchen and bathroom design and are dedicated to improving standards across the industry.

Christophe Gontier, Managing Director for Cosentino UK says, “Cosentino is committed to creating innovative materials that inspire designers, the industry and our customers. This award is testament to the time, innovation, passion and dedication that everyone involved in the brand and Shaping Silestone project shares.”

The awards were held in an exclusive marquee within the North Moat of the Tower of London. The esteemed judges included, Alan Crawford, architect and founder of the Crawford Partnership, Craig Senel, director of Puro Design, Hayley Tarrington, creative director of Plug In Design, Jo-Anne Wright, editor of Utopia, Renee Mascari, CEO of the KBB National Training Group, Theo Williams, head of design for John Lewis and Vanessa Brady, president of The Society of British Interior Design.

Created by renowned Brazilian designers, Fernando and Humberto Campana, Shaping Silestone is a modular piece of furniture, which combines conceptual and sculptural ideas. Inspired by the idea of a Swiss army knife, the design consists of three main components that transform into a multi-functional furniture unit.

The project is made from the world leading quartz worksurface, Silestone by Cosentino and features the Silestone Integrity sink by Cosentino. The front panels of the design are made from a fine hardwood veneer from a walnut tree that was cut more than a half a century ago.  This is the second time that Cosentino has worked with Fernando and Humberto Campana, two renowned experts in the world of international design.

Made from over 90% natural quartz crystals, Silestone by Cosentino worksurfaces have nearly four to five times the flexural strength of granite and a high resistance to scratch, stain and heat. Extremely hygienic, Silestone is available in over 60 distinctive through-body colours with a shade and consistency that is not found in natural stone. With a ten-year warranty, Silestone is the ideal surface for use in a wide variety of applications, including worksurfaces, bar/ reception tops, flooring, splashbacks and wall cladding.

Silestone® by Cosentino, worldwide leader brand in quartz surfaces, consists of more than 90% natural quartz. This high-tech material is highly resistant to stains, knocks and scratches, and has a low level of fluid absorption. It also has an exclusive bacteriostatic property, several product guarantees and certificates and the upper level of service, quality and responsibility of the Cosentino Group. Silestone® comes in over up to 60 colors, three textures and several different formats. Thanks to these special properties, Silestone® surfaces are highly suitable for the kitchen, bath and other demanding areas such as laboratories, hospitals, hotels, restaurants and so on.

Silestone® was the first quartz surfaces brand to advertise in the biggest publicity event in the world, the US Superbowl. In addition, is personal sponsor of three-time motorcycle World Champion, Jorge Lorenzo.

The Cosentino Group currently has 6 factories, 15 kitchen and bathroom surface production centres in the US, more than 70 distribution points or Centres worldwide, and a staff of over 2,200 spread across the globe. From its headquarters in Almeria, Spain, the Group distributes its products and brands in more than 60 countries, and directly manages and controls its own facilities and infrastructures in 17 countries: the USA, Mexico, Brazil, Australia, Spain, Sweden, the United Kingdom, Ireland, Germany, Austria, the Netherlands, Belgium, France, Switzerland, Norway, Italy and Portugal. Currently 8more than 80% of its turnover comes from international markets.