The Cosentino Group Eduarda Justo Foundation extends its programme of training future leaders in Almeria to pre-university studies with this grant, valued at 47,500 euros.

The 2013-2015 course application process, ending on January 31, is aimed at 4th year ESO or 1st year Baccalaureate students who have a good academic record and a basic knowledge of English.

Currently, two students from Almeria José Antonio Cabrera and Alberto Carrillo are taking advantage of these grants from the Eduarda Justo Foundation at the United World College in Hong Kong and Norway. 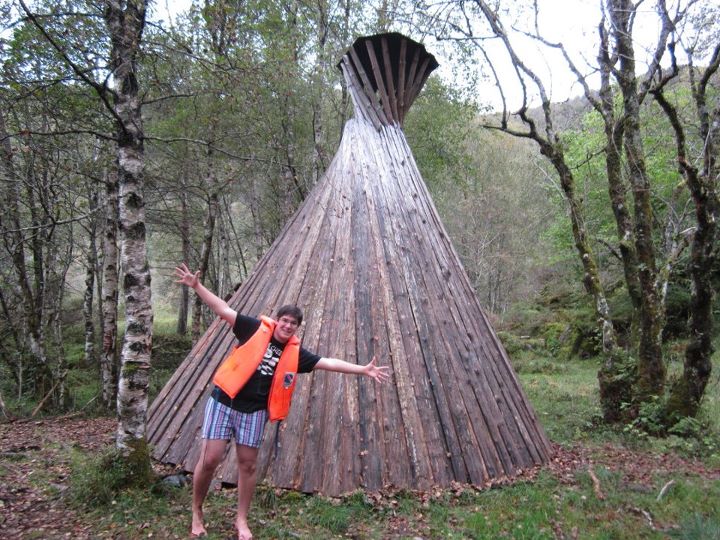 United World Colleges, which this year celebrates its 50th anniversary, is a non-profit organisation with presence in more than 140 countries that promotes peace through multicultural education. Its honorary chairman is Nelson Mandela.

Almería. The Cosentino Group’s Eduarda Justo Foundation and United World Colleges (UWC) have announced two grants to students from Almeria to study the International Baccalaureate in any of the 12 centres across four continents. The students awarded these grants, valued at around 47,500 euros, will have the opportunity to study and live for two years with other boys and girls from 80 to 100 countries. The places will be awarded on merit, potential, creativity and social commitment of the candidates.

To apply for the scholarship, the student must be studying 4thyear of ESO or 1st year of Baccalaureate, be born in 1996 or 1997, of Spanish nationality or resident in Spain for the last eight years and with nationality pending and have a good academic record and basic knowledge of English The application form can be downloaded directly from the website www.colegiosmundounido.es and the deadline is 31 January 2013. Students who do not meet the nationality requirement may apply for the scholarship through the National Committee of United World Colleges of their home country.

Much more than just theory work

When selecting candidates, the Spanish Committee of the United World Colleges takes into account not only a good academic record but the potential of the student and other equally important issues such as their involvement in the problems of the community in which he or she lives, creative activities, interest in sports etc.

While in the United World Colleges, these students will dedicate at least two hours a week to a creative activity (music, theatre, visual arts etc.), at least another two hours to sports, and three to six hours to community assistance programmes. In the latter case, examples include teaching English to disadvantaged women in India, working with the Coast Guard in the United Kingdom or assisting the conservation of a marine reserve in Canada.

Following in the footsteps of José Antonio and Alberto

The students who receive these scholarships will take the baton from two students from Almeria who were awarded these grants in 2011: José Antonio Cabrera, from El Ejido, and Alberto Carrillo, from Carboneras. They are both in their second year of the United World Schools International Baccalaureate in Hong Kong and Norway, respectively.

José Antonio sums up his experience in the following way: “I have had the opportunity to fall in love with Chinese culture, which is so complex, yet serene and perfectionist, and carry out community service work that I never thought I would do in such a multicultural setting. Among other things, I have had the opportunity to write and direct my own play and to become the leader of the debate group.  I have even formed part of the Dance of the Dragon team”.

The United World Colleges are celebrating their 50th anniversary. It was in 1962 when the Atlantic College, in Wales received its first year of students from all over the world at the St Donat’s Castle. In this first 50 years, some 40,000 people from over 180 countries -400 of which are Spanish – have been taught in the classrooms of its 12 centres.

To celebrate this landmark anniversary, the United World Colleges are preparing a wide programme of activities entitled “Celebrate with Action”. Inspired in many cases by the alumni network all over the world, the programme is based on solidarity actions that are implemented in their own communities in order to improve the world with local specific actions. In the case of Spain, the Alumni Association and the Spanish Committee Foundation began on 27 October a reforestation programme in the mountains of Madrid which started with the planting of 100 trees:  50 for the years past and 50 for those to come

United World Colleges (www.colegiosmundounido.es) is a non-profit organisation with presence in more than 140 countries that promotes peace through multicultural education. Founded in 1962 and chaired by Queen Noor of Jordan, the honorary chairman is Nelson Mandela. It has 12 centres of academic excellence across America, Asia, Europe and Africa.  In each of these schools, about 200 students between the ages of 16 and 19 years from 80 countries around the world study the International Baccalaureate. All students are selected based on personal merit, regardless of their socioeconomic background, religion or political views. While in school, students undertake volunteer programmes and take part in forums that promote international understanding and sustainable development.

The Foundation aims to foster Cosentino Group’s close social environment and, in particular, assist in the economic, social, educational and cultural development of the province of Almería (Spain), with special attention to those with more limited economic resources. The Eduarda Justo Foundation’s activities are directed towards identifying local youth with potential to become future leaders, through two main activities: