The company, through its Silestone® and Dekton® brands, is also sponsoring the 2017 Sustainable Restaurant Award at the event

For the first time, the event in which the World’s 50 Best Restaurants will be presented will be taking place in Australia. In keeping with its commitment to the world of fine dining and gastronomy, Cosentino is again collaborating with this event, being held on 5 April, for the seventh consecutive year. 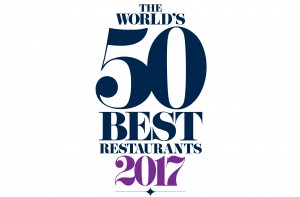 The Cosentino Group, worldwide leader in the production and distribution of innovative surfaces for the world of architecture and design, renews its partnership in this year’s edition of The World’s 50 Best Restaurants, one of the most important international events held in the world of premium dining. The Spanish company, through its renowned Silestone® and Dekton® brands, will be the official sponsor for worktops for the event and will be sponsoring the Sustainable Restaurant Award.

After visiting New York in 2016, the event in which The World’s 50 Best Restaurants will be presented will be held in Australia for the first time. On 5 April the historic Royal Exhibition Building in Melbourne will be the venue for the gastronomy event of the year, which is bringing together the world’s most important and influential chefs, different professionals from the gastronomy sector, major media companies and international influencers. Melbourne is a very important location for Cosentino, with two Cosentino Centers in this city alone, which together with those in Sydney, Brisbane and Perth complete the company’s strong and growing presence in Australia and New Zealand.

In keeping with its commitment to the world of fine dining and gastronomy, Cosentino is collaborating with this event for the seventh consecutive year by supplying different surfaces in Silestone®, the world’s leading brand of quartz surfaces. Moreover, by participating in this ceremony, known as the Oscars of haute cuisine, Silestone® will be enhancing the activity of its current “Tops on Top” brand image campaign, which links the brand with leaders and the most outstanding international figures in such areas as sport, culture, fashion, architecture and, in this case, gastronomy.

In the words of Santiago Alfonso, Marketing and Communications Director for the Cosentino Group, “For another year we are proud to be a part of this event in world class fine dining. Our aim with products like Dekton® and Silestone® is to remain at the forefront in our sector, which is why providing worktops for The World’s 50 Best Restaurants showcases and reasserts our leadership in these products in the world of international gastronomy. Mention should also be made of the fact that several of the most important chefs and restaurants in the world, many present on this list, trust in our materials for their professional kitchens.”