Hard Work Pays Off on The Block Neale Whitaker, Cosentino ambassador and judge on The Block

So where would The Block be without tears, tantrums and simmering tensions – and that’s just the boys! Seriously, The Blocktagon might have delivered its usual heavy dose of high drama but it also presented the contestants with some of the toughest renovation challenges they’ve yet had to face – with extraordinary results reflected in the spectacular prices achieved at last week’s auction. 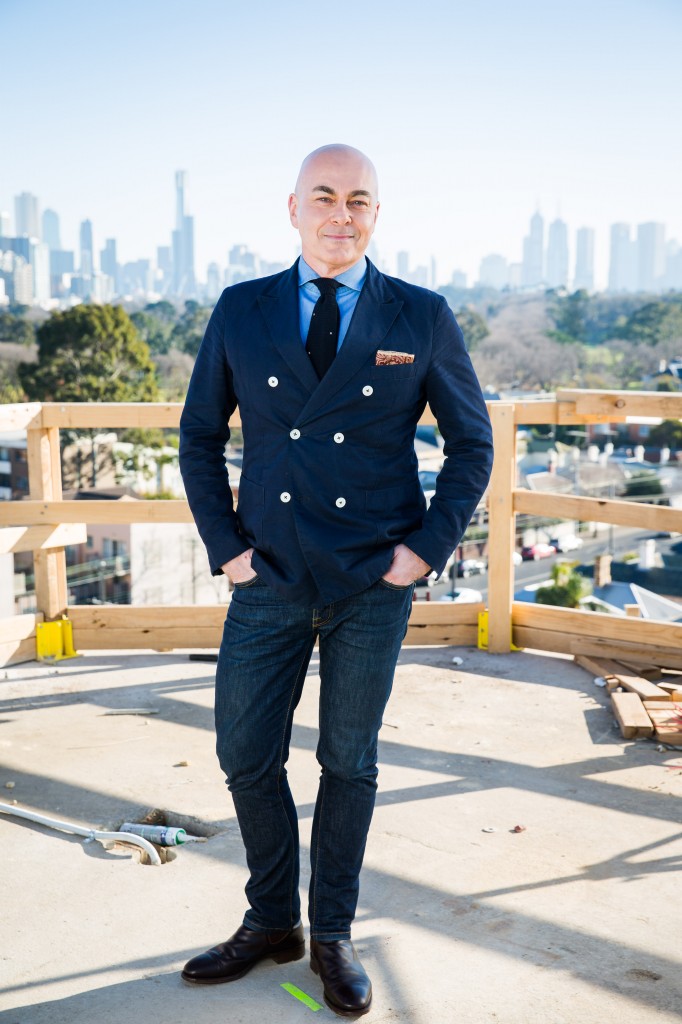 Let’s put it all in perspective. Once an unsightly 1960s hotel block, the building’s octagonal shape was both its greatest strength and weakness. On the downside, low ceilings and quirky dimensions caused the couples some headaches, but the upside was the opportunity for wraparound 360-degree views that got more magnificent with each storey. Positioned at the junction of Prahran and South Yarra, the luxury apartments had to reflect the sophistication associated with postcode 3141 (South Yarra) and the urban cool of postcode 3181 (Prahran). No easy task but the challenge made for some of the most distinctive apartments we’ve ever seen on the show.

In each of the nine series of The Block that I’ve judged, kitchen week is the turning point. I wrote in my newspaper column recently that once the kitchens have been installed, it’s as if the apartments’ hearts start beating. The Blocktagon’s kitchens didn’t disappoint. Working with The Good Guys Kitchens and Silestone to select the right elements; integrated appliances, beautiful unique hardware and luxurious Silestone quartz surfaces, the kitchens were the jewels in each apartment’s crown. The diversity of features (from butler’s pantries to raw brick splashbacks and mixed surface widths) demonstrated individuality and a confident understanding of contemporary kitchen design.

Here’s a quick reminder of the apartments. On the lowest level, Caro and Kingi decided from the get-go that they wouldn’t let their position defeat them. Their luxury ‘Scandustrial’ style (as Darren Palmer called it) was a fusion of industrial raw and Scandinavian simplicity and it really hit the spot. They set their own bar in week one with the graffiti-decorated bath and never looked back. On level two, rookies Andrew and Whitney struggled with time management in the early weeks but got their act together to deliver some really impressive rooms. Their master bedroom, kitchen and dining room were standouts.

Suzi and Vonni took the middle level with their ‘gentlemen’s club’ apartment. With hits (master bedroom) and misses (study) in equal measure, the girls were definitely innovative, from their island bench featuring a teppanyaki cooktop in Silestone Helix with a Suede finish in their kitchen to the wine fridge in their living room. The jury is still out on that one – and might stay out. In the sub-penthouse, Luke and Ebony recovered from their early Art Deco obsession to deliver some very liveable rooms. Clever use of space made theirs the most family-friendly of all the apartments.

And of course on level five, The Block winners Shay and Dean created the ultimate penthouse pad. Of course they had the natural advantage that the top floor brings (higher ceilings, the best view) but it was their clever manipulation of their floorplan, sophisticated Scandi styling and attention to detail that ultimately brought them the big prize.