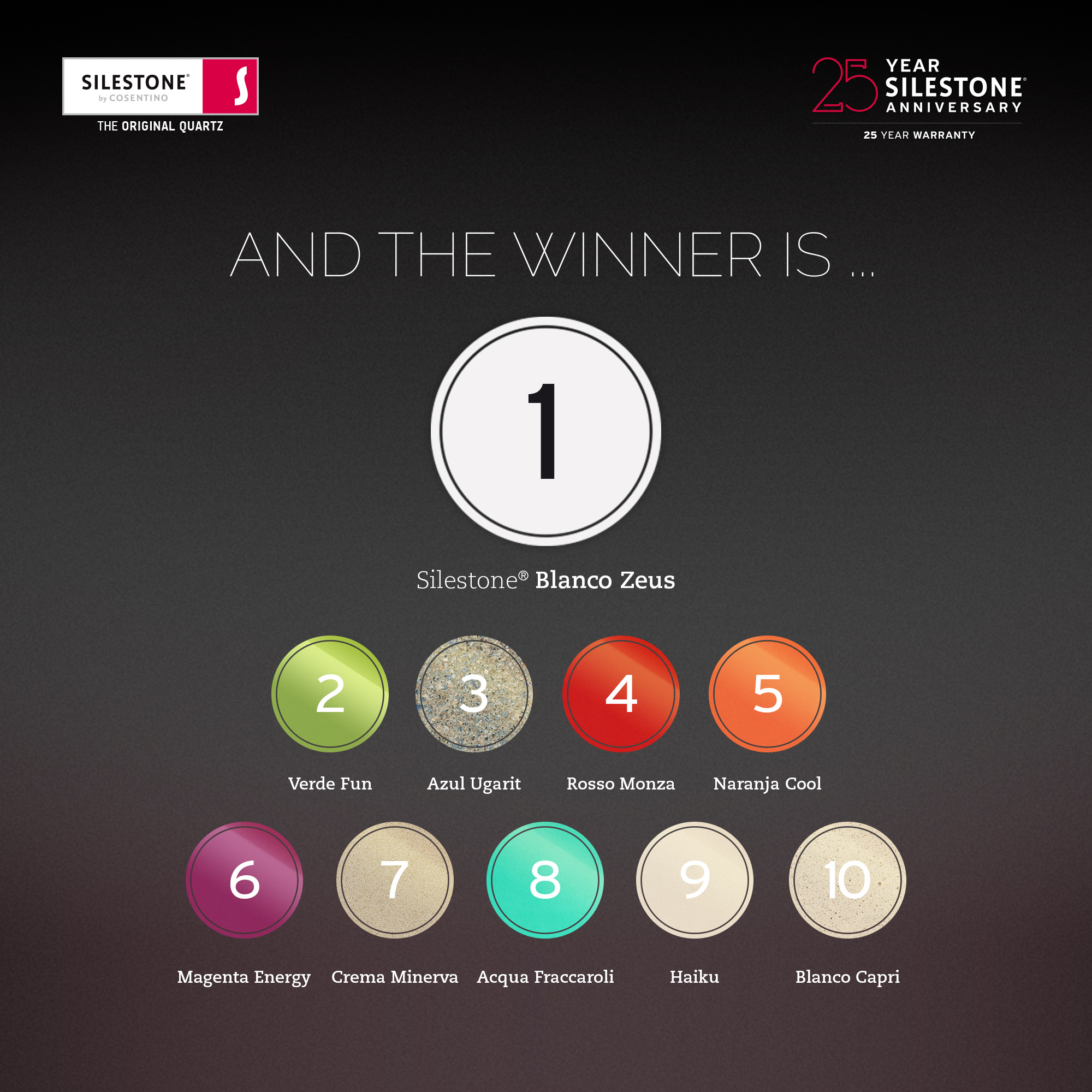 This result was the outcome of an online survey conducted via the website 25.silestone.com which had over 1,000 votes from 40 countries around the world

Blanco Zeus has been voted as the most popular Silestone® colour in an online survey conducted by Cosentino at the start of the year. The survey was part of a variety of activities and initiatives that were organised in 2015 to mark Silestone’s 25th Anniversary.

The survey received over 1,000 votes from 40 countries around the world. In order of votes, the second favourite colour was Verde Fun. Blue Ugarit, Rosso Monza and Naranja Cool came in third, fourth and fifth respectively. The newly introduced colour, Acqua Fraccaroli came in eighth among the 60 colours that currently make up the Silestone® catalogue.

In terms of countries, votes were mainly from Spain, Argentina, South Africa, the USA, Brazil and the UK, among others. But there were also votes from places such as Taiwan, Saudi Arabia, Sweden and Japan. 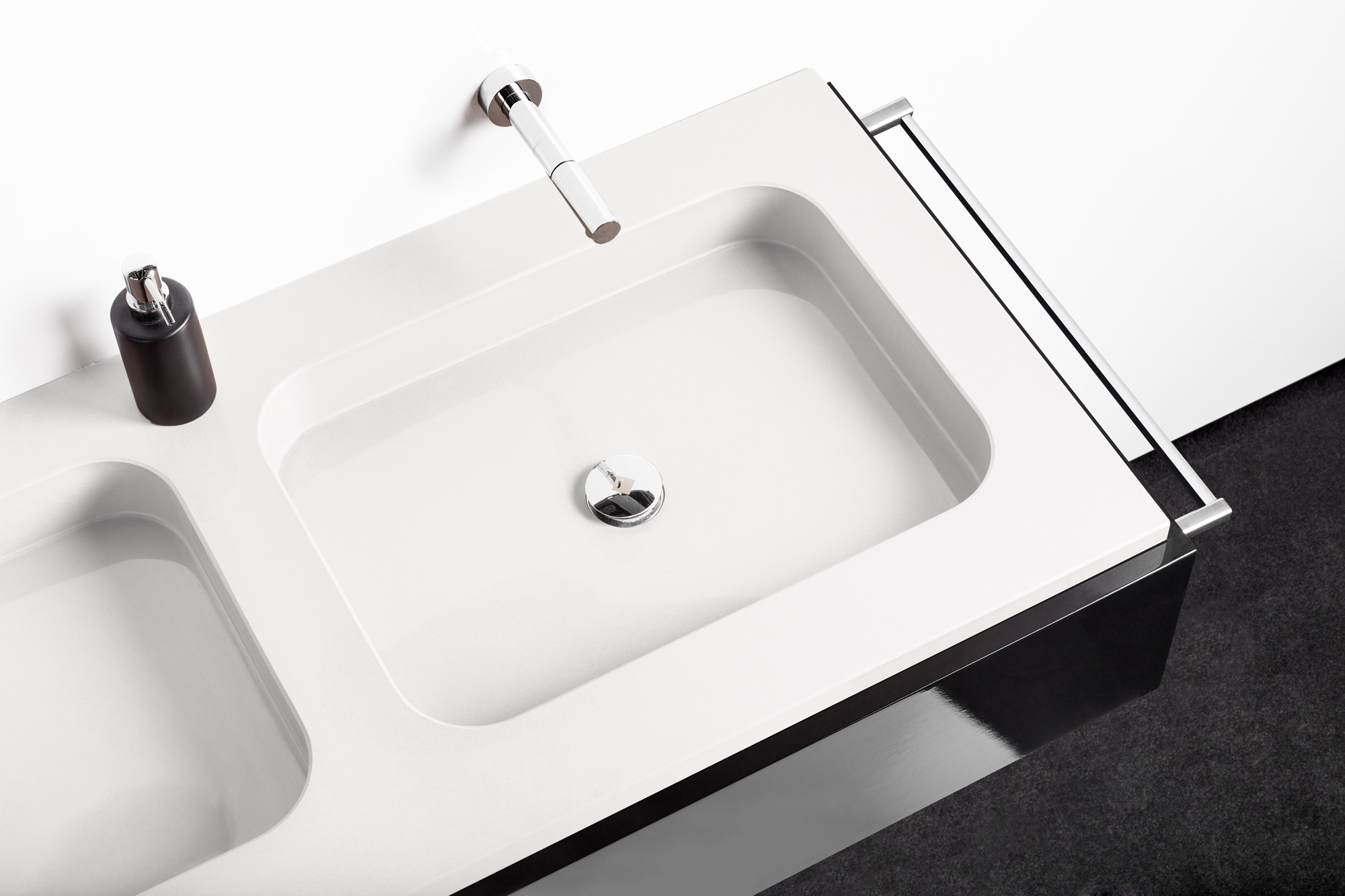 For Santiago Alfonso, Marketing and Communications Director Cosentino Group, “this action has been very interesting both because of the many votes and the diversity of participating countries, and because it shows a clear trend towards solid, eye-catching colours. It thus consolidates a taste or decision for using design and colour for interiors, especially in kitchens, something that Silestone® has contributed significantly to over these 25 years.” 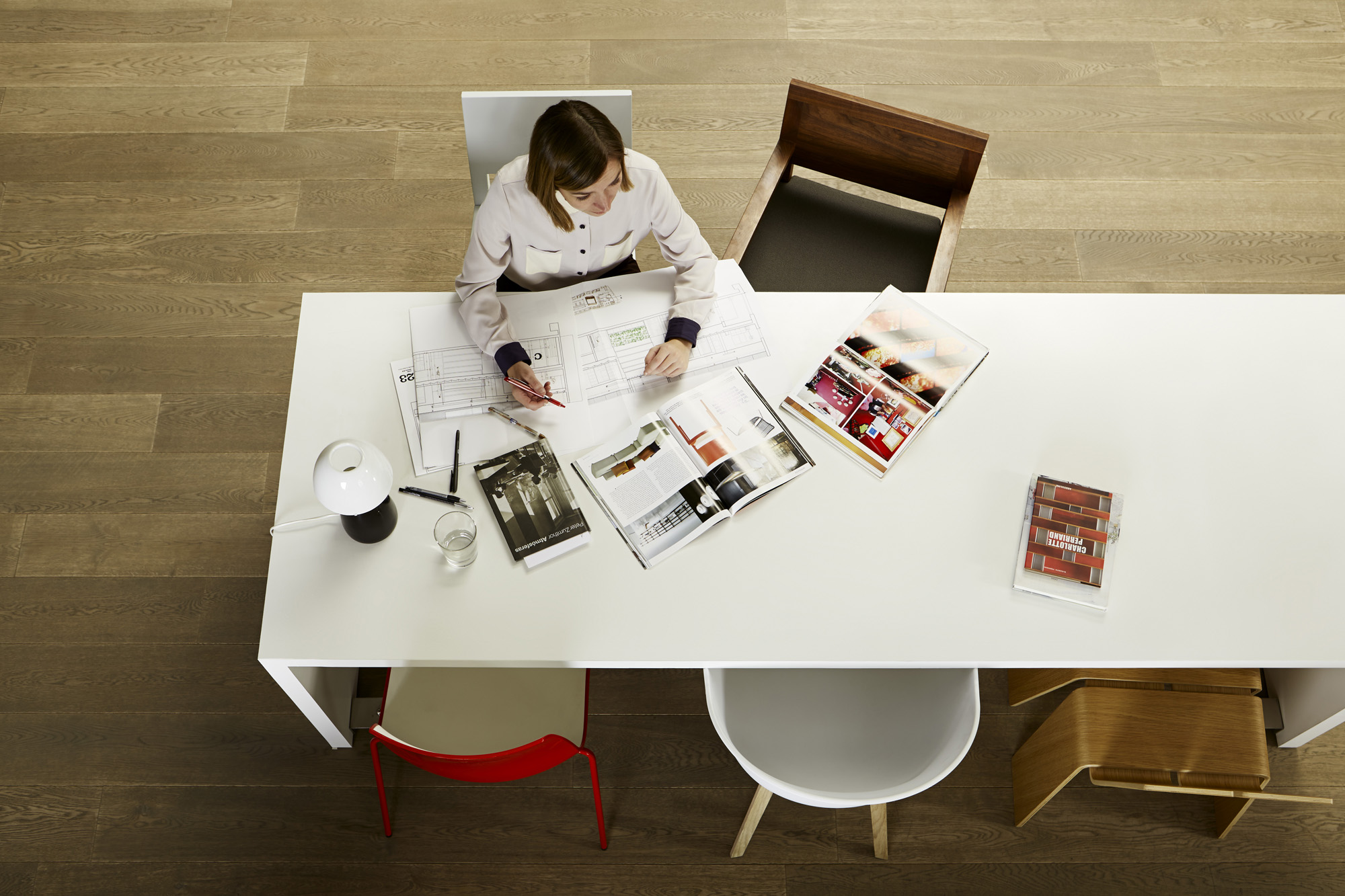 Participants who voted for their favourite colour were able to download the digital book “25 Years of Iconic Spanish Cuisine”; a publication that brings together the work of 25 prestigious Spanish chefs who each gave a recipe that has been iconic for their careers. The first 50 people who participated in the survey and downloaded the book will also soon receive a hard copy.