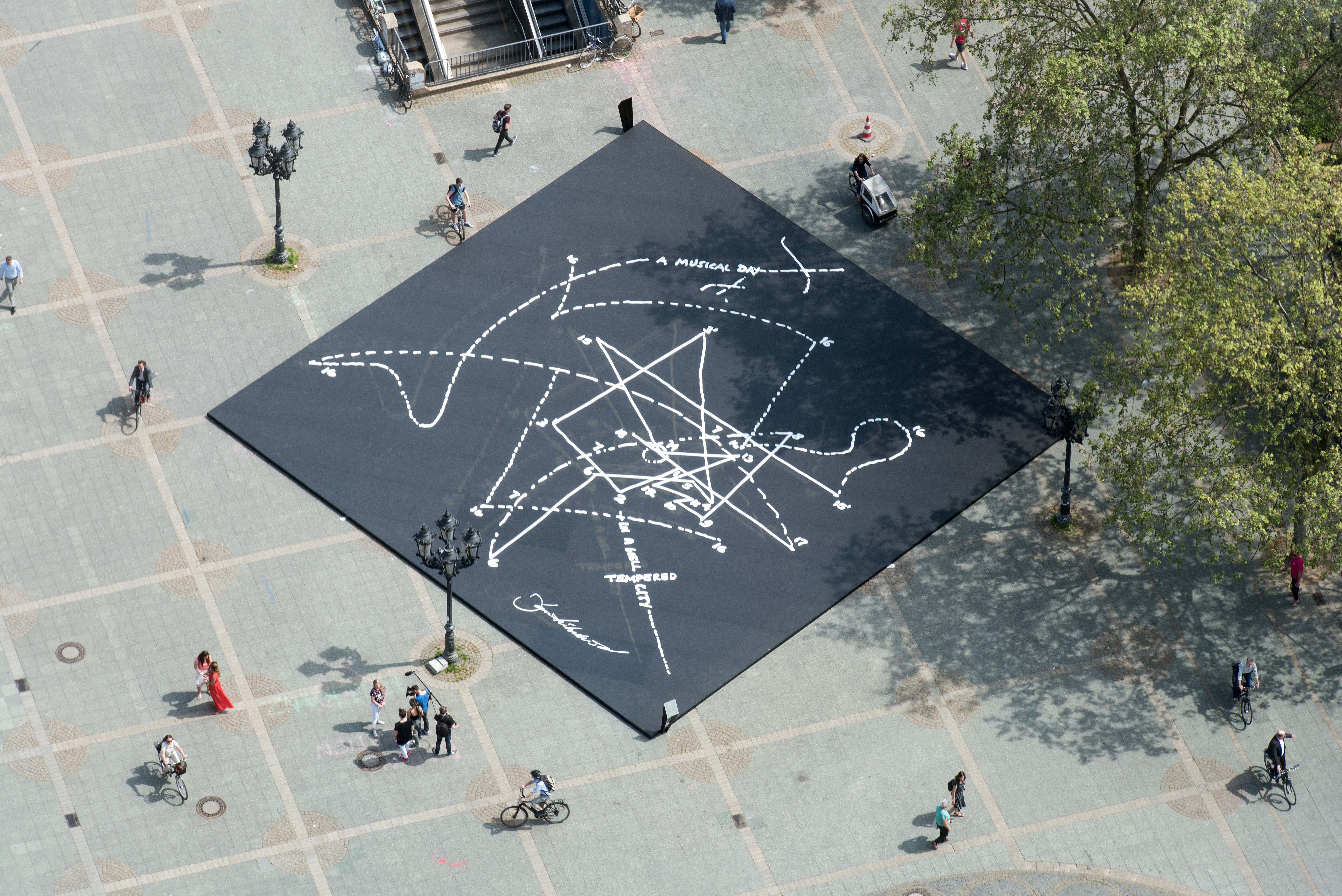 Frankfurt is currently home to the installation “Musical Labyrinth” by the renowned architect, Daniel Libeskind. In a new collaboration with the leading producer and distributor of innovative surfaces for architecture and design, the Cosentino Group, the architect unveiled the installation, made with the ultra-compact surface Dekton® and located in the plaza of Frankfurt’s Alte Oper.

This piece was one of the core elements in the “One Day in Life” initiative, which took place on 21 and 22 May, in which Libeskind and the management team of Frankfurt’s Alte Oper designed a series of over 75 live concerts in 18 different locations throughout the city, all within the space of 24 hours. One of Europe’s cultural landmarks of the year, in which Dekton® by Cosentino acts as contributor and primary sponsor. 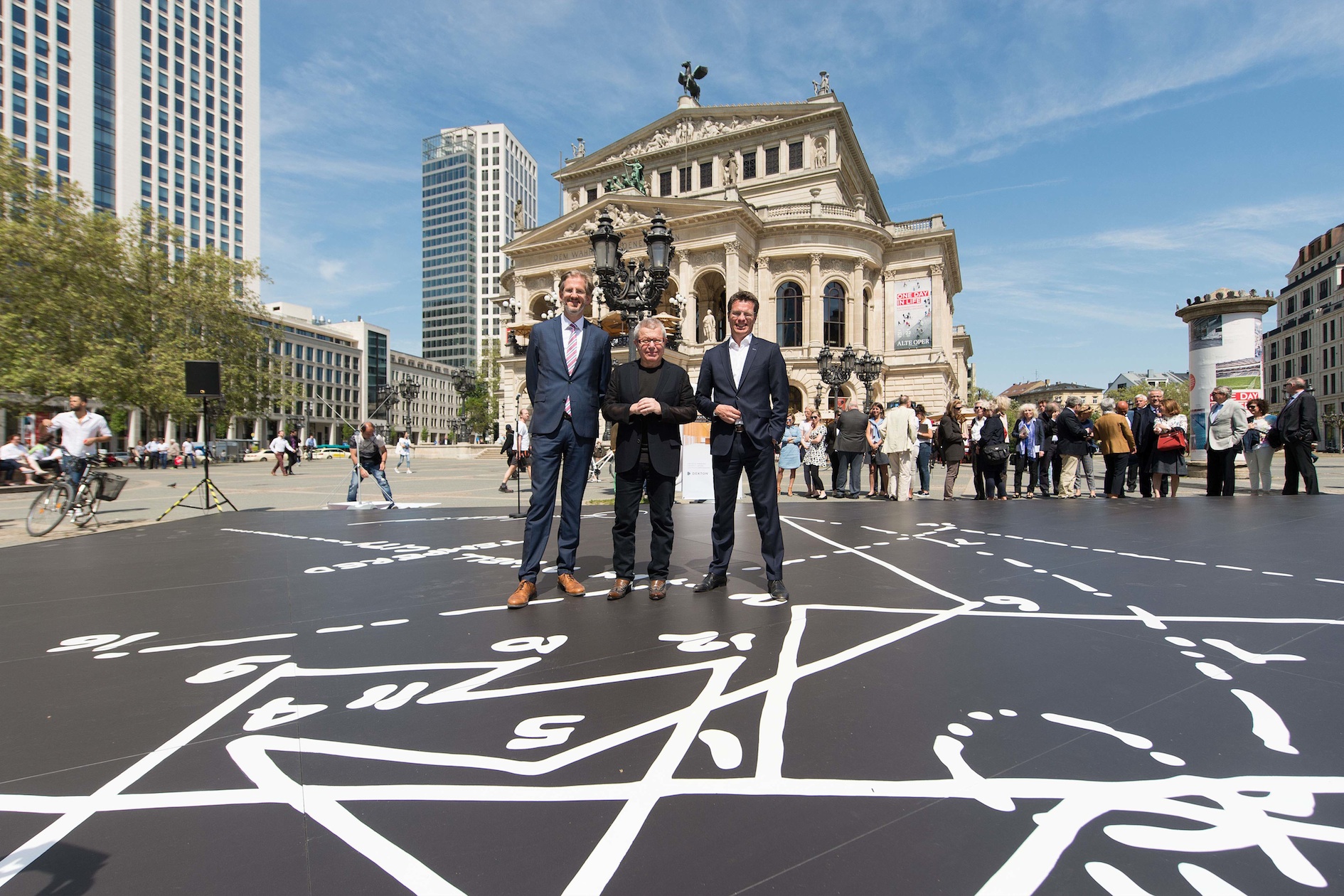 Covering 289m2, “Musical Labyrinth” simulates a deep black landscape and features an engraving in white based on a unique original drawing by Libeskind, created as part of the “One Day in Life” initiative. This is possible thanks to the use of Cosentino’s ultra-compact surface, Dekton, which in addition to its outstanding physical performance and strength, can also be customised using techniques such as etching.

“Musical Labyrinth” is made up of 80 customised Dekton® slabs in the colour “Sirius”, each measuring 3.2m x 1.4m with a depth of 2cm. These slabs serve as a perfect canvas for Libeskind’s design to be applied using sunken relief in white. The lines of the drawing show an imaginary labyrinth in the city, indicating in turn each of the points that correspond to the 18 venues where the various “One Day in Life” concerts and performances were held. The installation will remain on display until the 15 June. 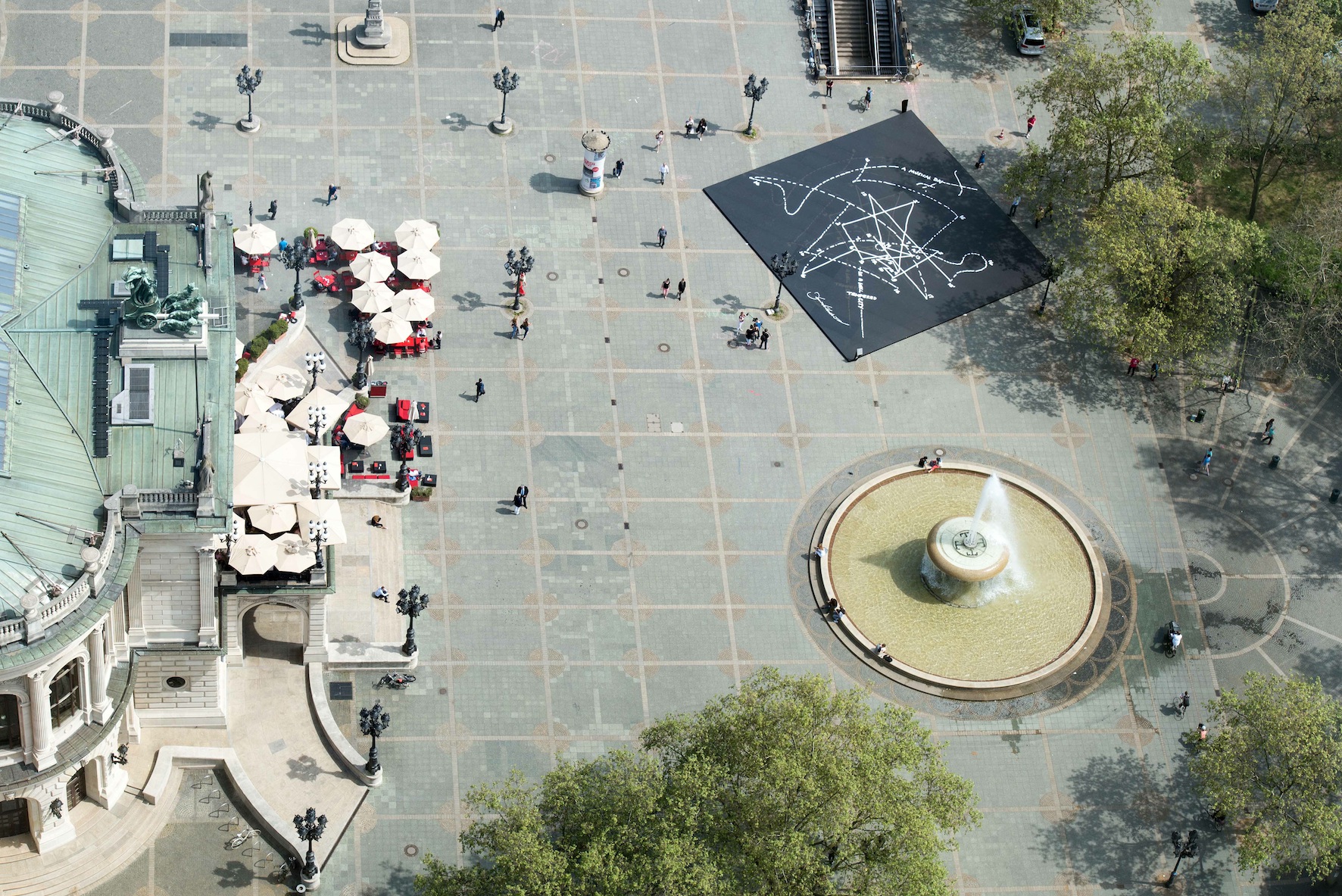 In addition to Libeskind himself, the unveiling ceremony was also attended by the Alte Oper’s General and Artistic Director, Dr Stephan Pauly; Country Manager for Cosentino Germany, Pierre Heck and Director of Marketing and Communication for Cosentino Group, Santiago Alfonso.