Cosentino is delighted to announce that its new ultra-compact surface, Dekton® has won the kbb 2014 innovation award for kitchens. Announced live at the show, the award was presented to managing director for Cosentino UK and Ireland, Christophe Gontier on the Cosentino stand. 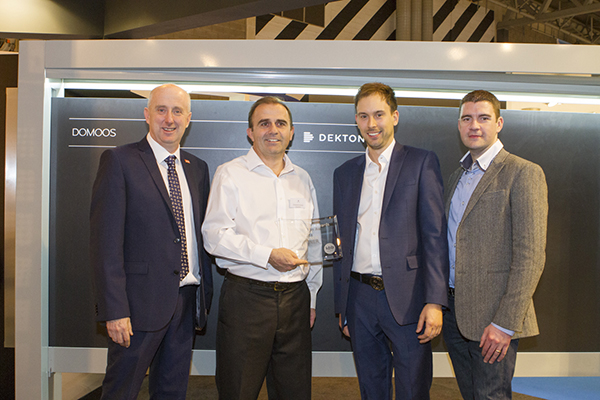 Every exhibitor was able to enter the awards by displaying an innovation tag on its most innovative product for the judges to consider. The panel of judges included David Sanders, Blum, Darren Morgan, Designer Kitchen and Paul Rowland, CP Hart. An innovation award was also presented for bedrooms and bathrooms.

Christophe Gontier, managing director for Cosentino UK and Ireland says, “We believe that Dekton by Cosentino® will revolutionise the kitchen retail and architectural sectors and are thrilled that its innovation has been recognised by the kbb show and its prestigious panel of judges.” 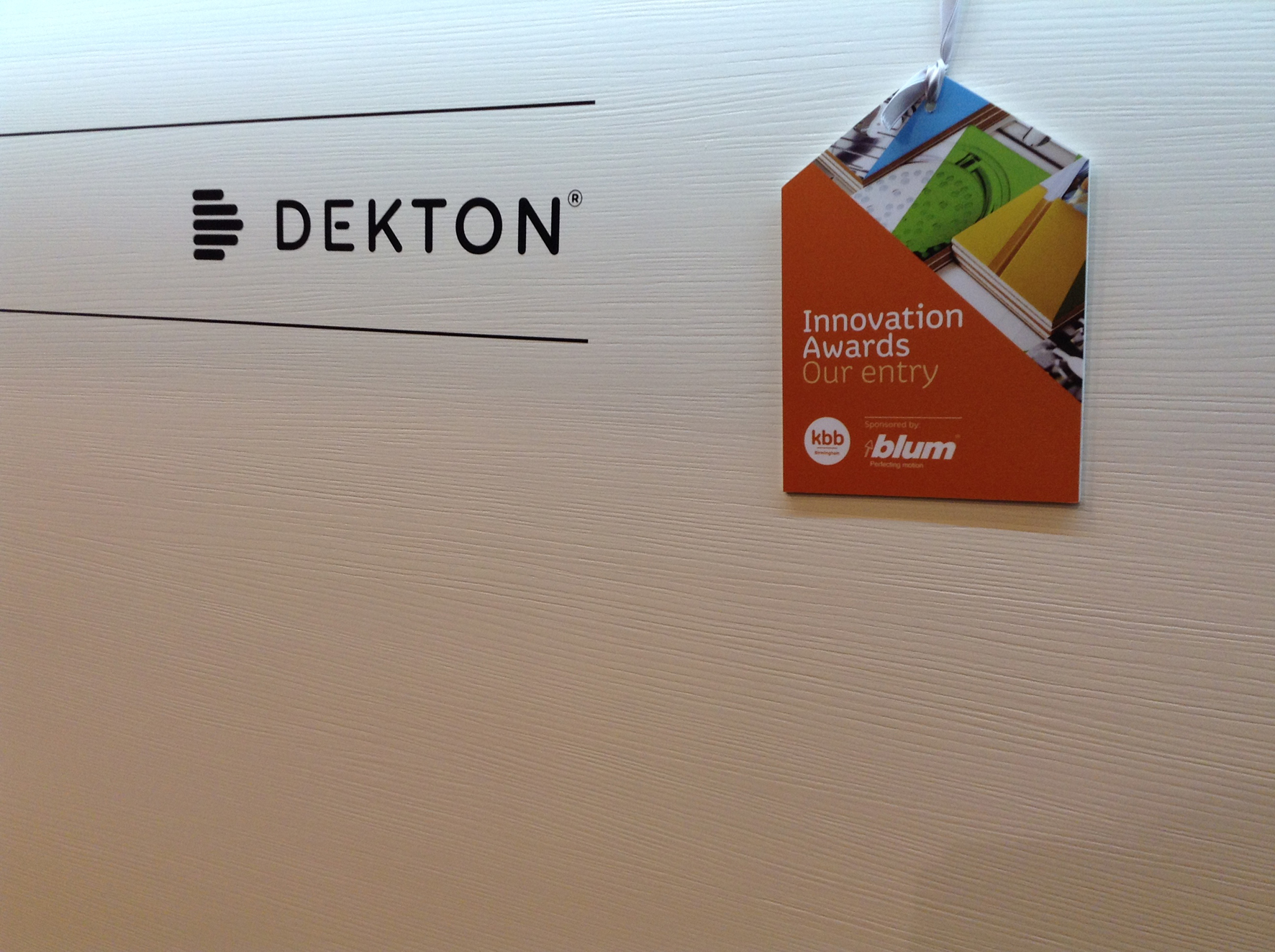 The result of a 128 million Euro investment and 22,000 hours of research and development, Dekton by Cosentino® is a completely new and innovative category of surfaces. The perfect material for designers, architects, house builders and developers it can be used both indoors and outdoors thanks to its resistance to UV rays and large formats, which make it easy and quick to install.

Offering huge capacity for decorative solutions of large areas and infinite design possibilities, Dekton® allows designs to flow indoors and outdoors and at all levels both horizontally and vertically without any limits or interruptions to the design and with colours and textures that move freely. The unique surfaces can be used for a variety of applications, including kitchen worktops, floorings and coverings; bathroom floorings and coverings; furnishings; exterior facades where Dekton® covers the walls of any building like a layer of skin; floors and swimming pools.

Dekton® offers superior technical characteristics; it is highly resistant to scratches, fire, heat and UV rays and is resistant to ice and thaw, stains, abrasion, impact and compression. It also has a low water absorption and dimensional and colour stability.

Dekton by Cosentino® is manufactured with advanced TSP (Technology of Sintered Particles), which has been developed exclusively by the Group’s research and development team. TSP uses an accelerated version of the processes of high pressures and high temperatures that Mother Nature applied for thousands of years to produce natural stone. This process sinters mineral particles so that they link up and change their internal structure.

Dekton® is manufactured with a sophisticated blend of raw materials that are used to produce glass, porcelain materials and natural quartz worktops.  These materials are mixed with several aggregates and water to create the new Dekton® material. During the production process, 84% of the water used is evaporated, recycled and reused for the production of Dekton® slabs.

The ultra-compaction process consists of the raw materials being pressed to remove the air from the mass to achieve the ultra compact surface. The press has a capacity of 25,000 tons, six times more than what has been regarded as the world’s largest press up to now. The slab is then baked at high temperatures where a chemical reaction converts the mass particles into crystals. As the temperatures increase a glass mesh is formed. At the point of maximum temperature – 1,200 degrees Celsius – the entire slab is liquefied just like the magma found hundreds of kilometers below the earth’s surface. As the temperature drops at the end of firing, the slab solidifies.

Dekton by Cosentino® is manufactured in a large slab format (320x144cm) with four thicknesses of 0.8cm, 1.2cm, 2cm and 3cm at a new factory located in the Cosentino Group Industrial Park in (Cantoria) Almeria where 1500 slabs can be manufactured per day. The initial range is available in 14 different references grouped into three collections: Solid Collection, Natural Collection and Tech Collection, which fully identify with the natural references of the material. Dekton® is available in three finishes; polished, matte and slate.