In the Foodhallen in Amsterdam, chefs Robert Kranenborg, Richard van Oostenbrugge and Thomas Groot present their newest seafood-streetfood concept; Le Big Fish. The chefs chose Silestone® by Cosentino in Lyra for the unique open kitchen – offering a marble look, it’s the perfect choice for intensive workspaces thanks to its leading characteristics. 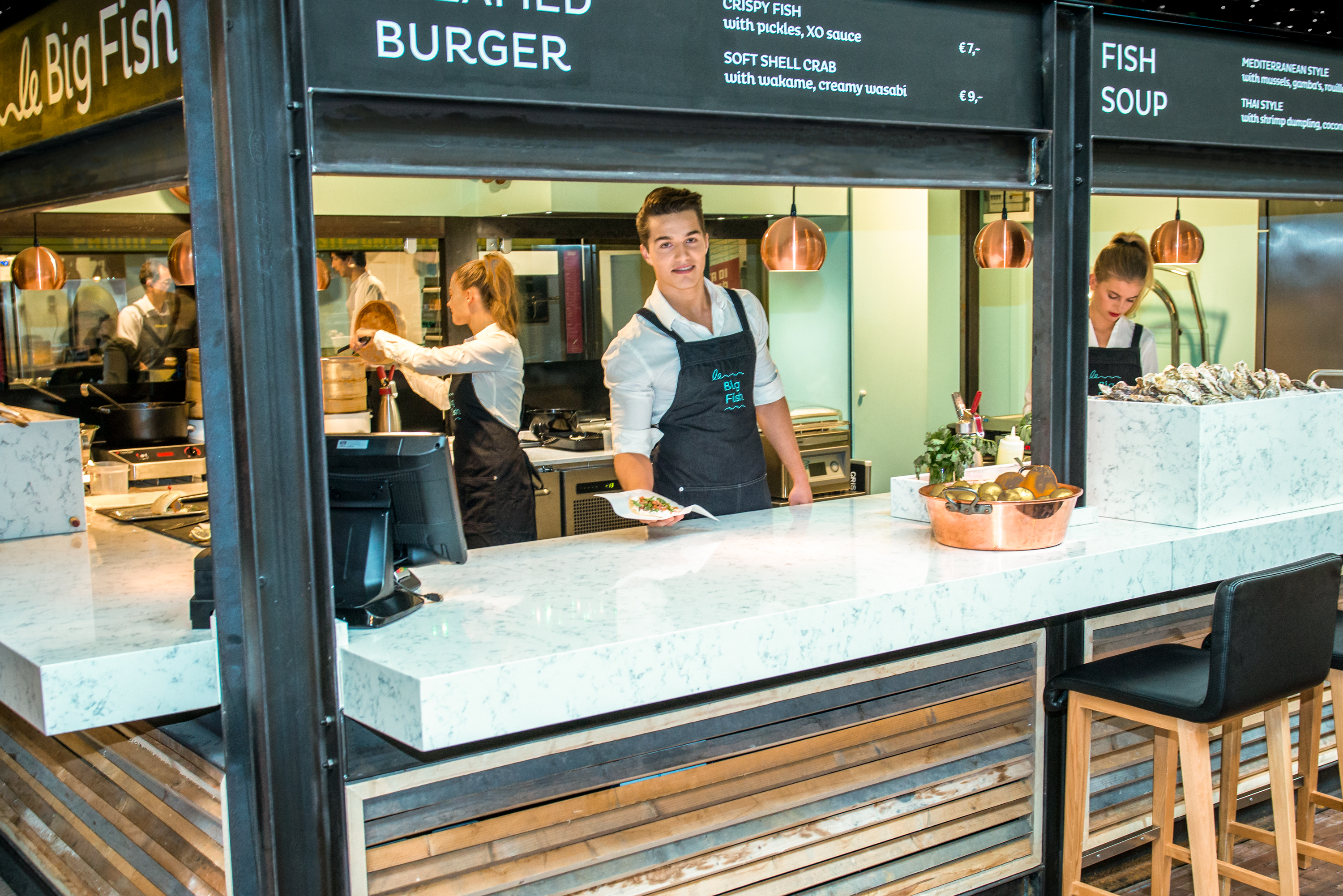 Starting from the idea “one chef, one dish” this specialised “fish stall 2.0” has evolved. The kitchen is the heart of the space – thanks to the open-plan set up there is a direct contact between the chefs and the guests. Since the countertop is being used rigorously, it has to meet high standards. 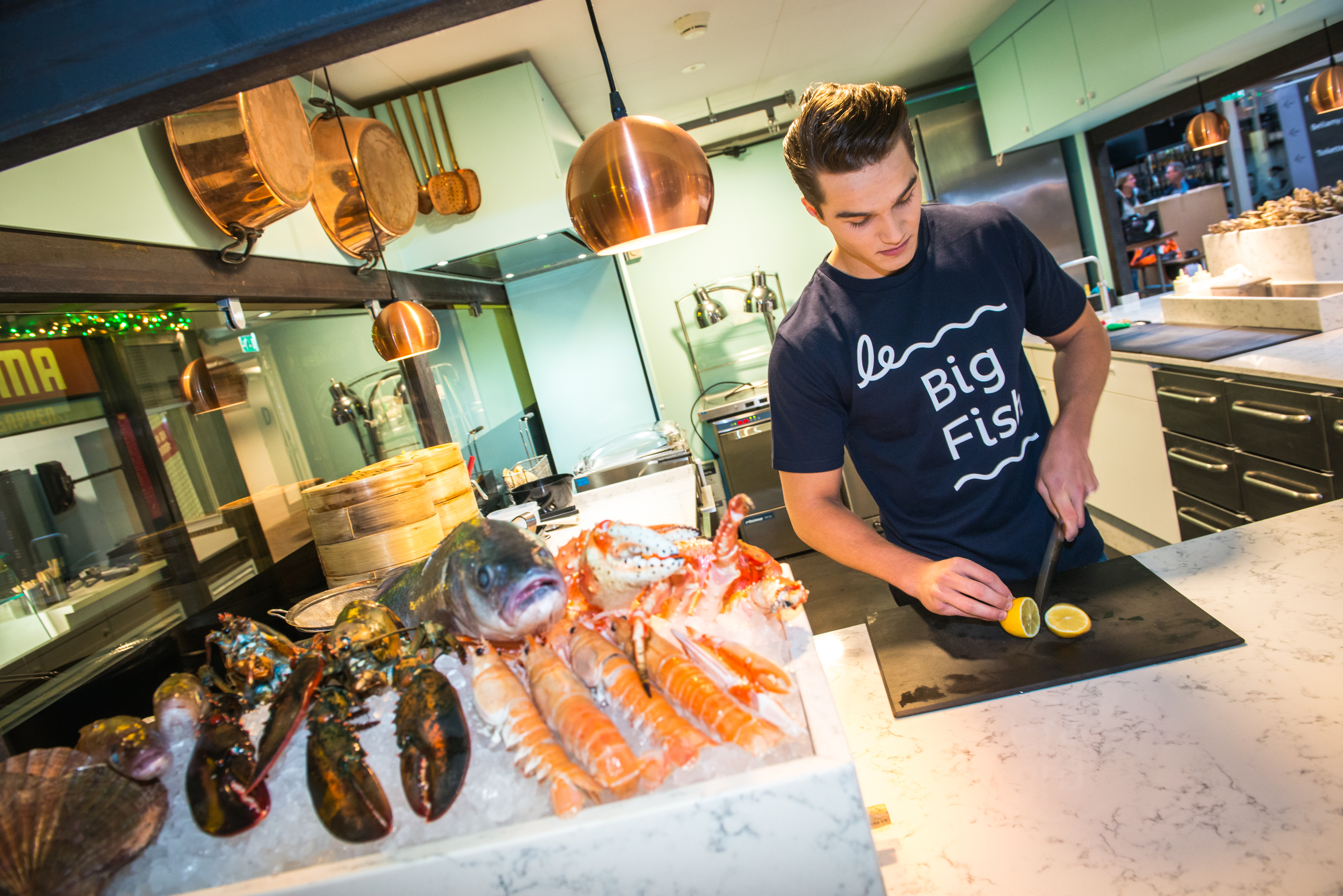 The industrial appearance of the Hallen also gives a nice contrast with the white marble look of Lyra from the Silestone® Nebula collection. Silestone® is not only beautiful, it also maintains its beauty. The countertop is scratch, stain and impact resistant as well as being very hygienic thanks to built in bacteriostatic protection. 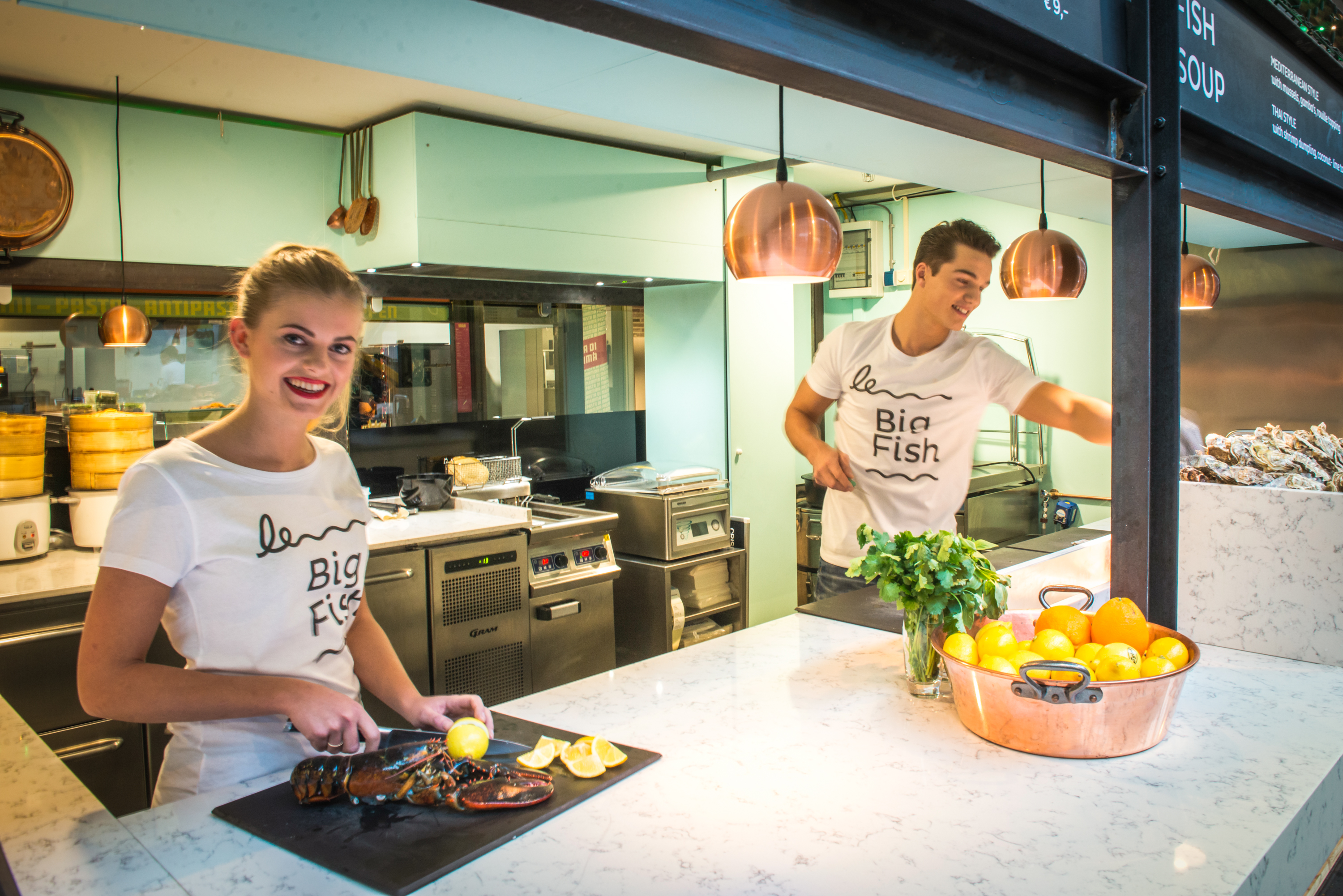 The stand of Le Big Fish also contains an Integrity sink in the same colour, made from one-piece of Silestone without joints and with curved outlines for easier cleaning. Integrity gives a sense of unity and offers perfect integration with the rest of the elements of the worktop. 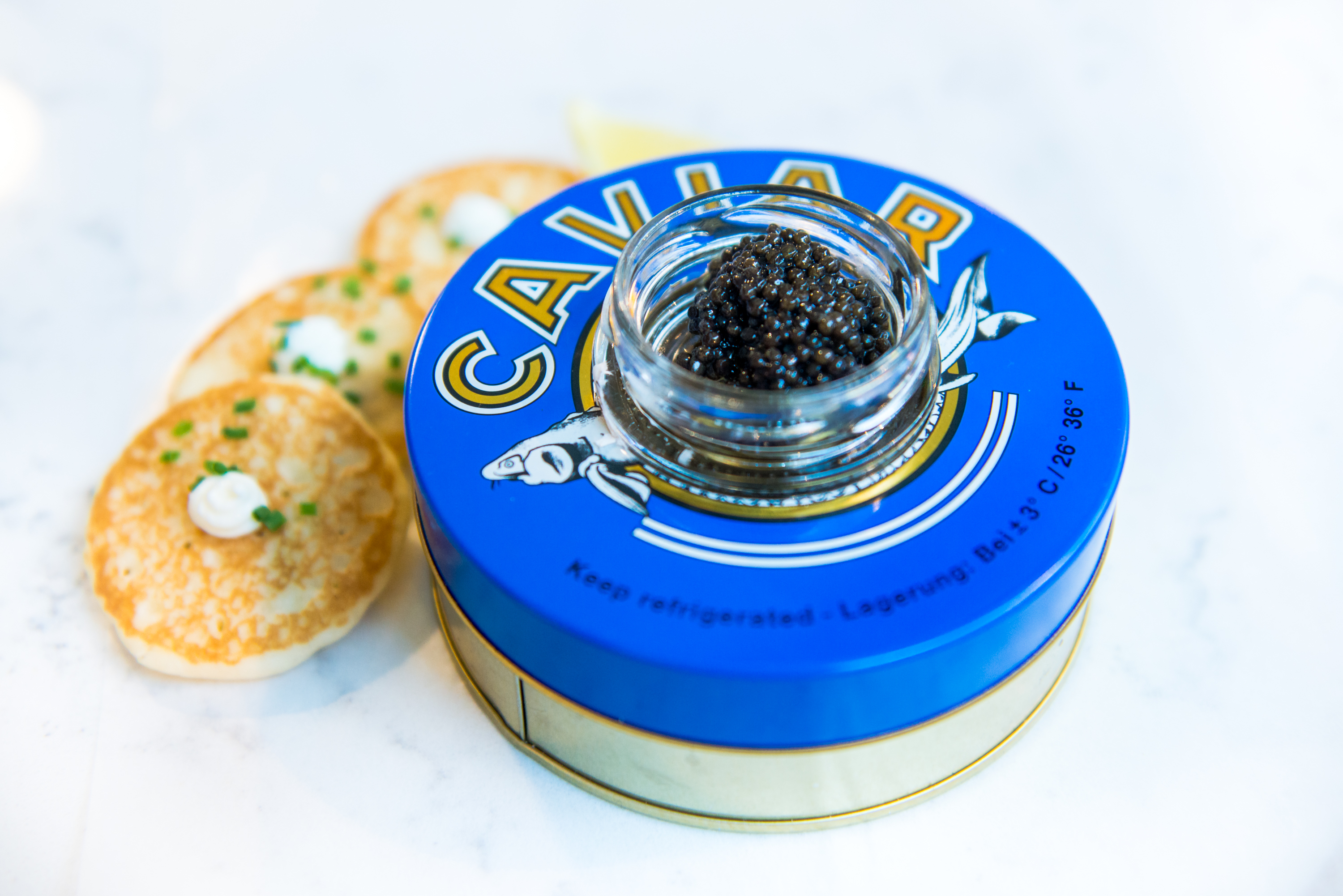 The building where the first electric trams in Amsterdam used to be serviced has been granted a new life. In the former tram depot, an official monument built between 1902 and 1928, you now find De Hallen Amsterdam, right in the centre of the 19th century district – Amsterdam West.

Part of the Hallen is the Foodhallen. Several entrepreneurs have created a food stand here; on a limited number of square metres they are preparing the most beautiful and special dishes. There is only one type of food stand for every kind of food in order to keep the concept unique. For example, there is a Vietnamese and an Italian stand, a wine bar, a hamburger bar, a ‘bitterbal bar’ and a fish stall. Visitors can choose from a variety of small and larger dishes and enjoy them together at one of the tables in the middle of the space.

The concept of the Foodhallen was inspired by ‘indoor food markets’ like the Torvehallerne in Copenhagen, Mercado de San Miguel in Madrid and the Borough Market in London. This idea for ‘big city life’ is for the locals as well as the tourists; the perfect spot for socialising and enjoying the different dishes.

The idea of ‘streetfood’ originates from outside of The Netherlands. Worldwide you can find specialised food stands with perfectly prepared small meals. The trend of food stands and specialties is now also spreading throughout Europe. 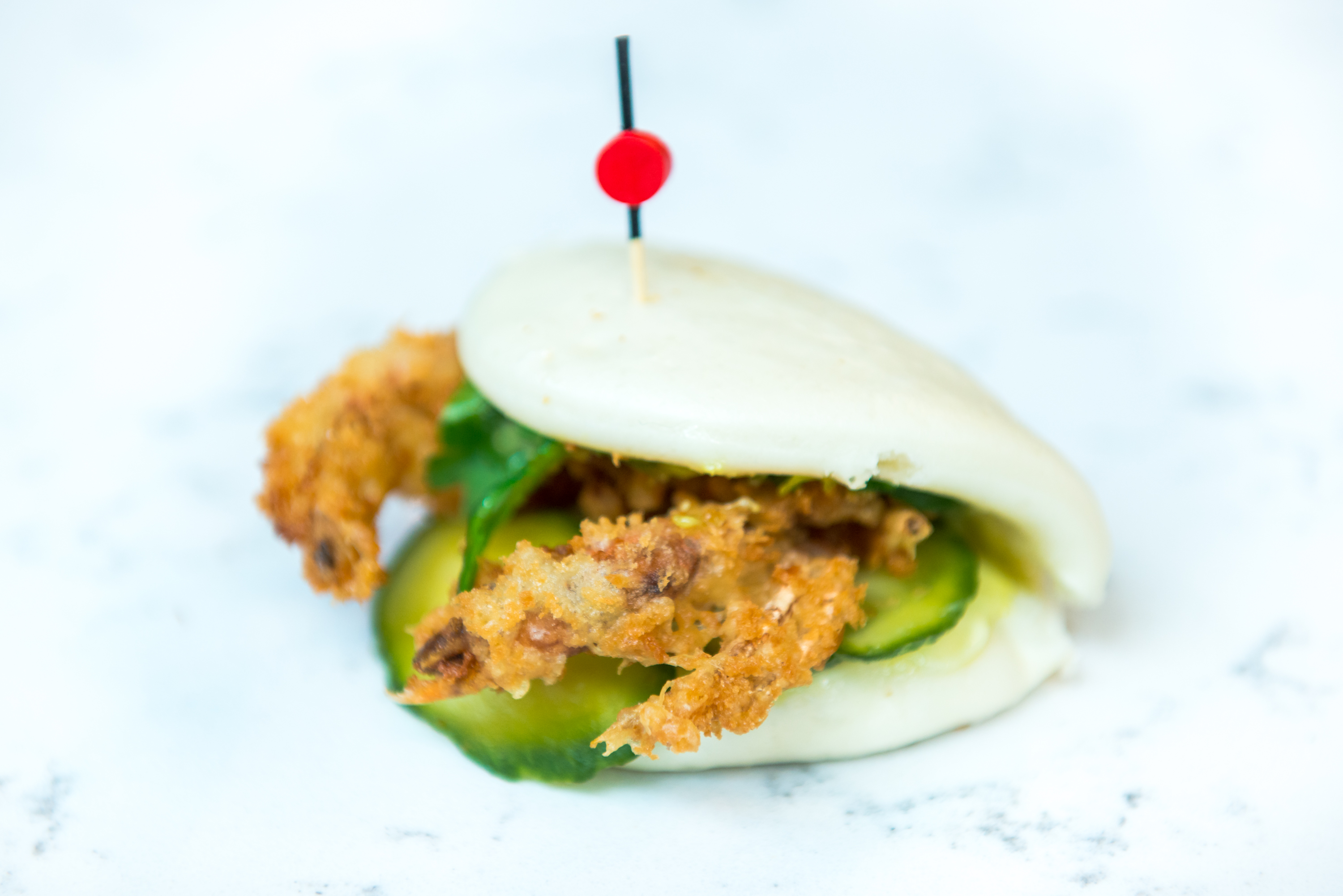