Cosentino UK is delighted to announce that its world leading quartz surface, Silestone® has won ‘Display Support of the Year’ for the third year in a row at the annual KBSA supplier awards. The awards were presented by the Kitchen Bathroom Bedroom Specialists Association at the 2014 kbbreview kitchen conference. 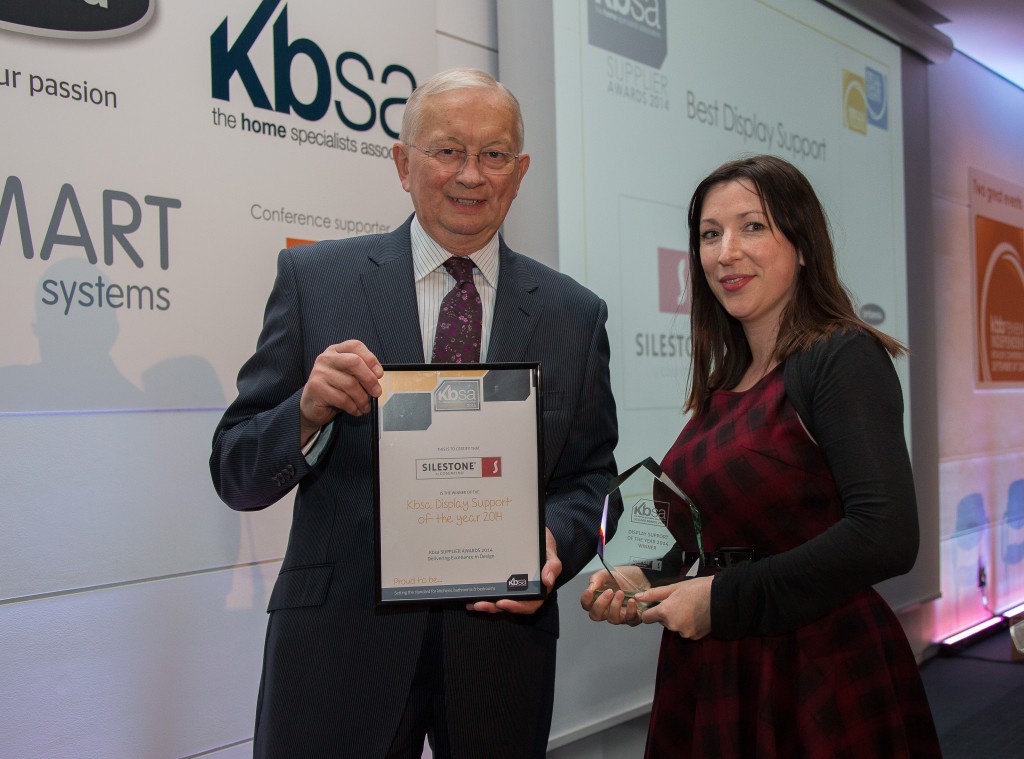 Christophe Gontier, managing director for Cosentino UK and Ireland says, “We are delighted to receive this supplier award for Silestone Quartz for the third year running. These awards reflect the consistent support we supply to our Fabricators and their studios, which is extremely important to us. The fact that the awards are also voted for by actual kitchen studios themselves makes it even more of an honour.”

Made from over 90% natural quartz crystals, Silestone® by Cosentino worksurfaces have nearly four to five times the flexural strength of granite and a high resistance to scratches and stains. With a ten-year warranty, Silestone® benefits from a shade and consistency that is not found in natural stone and is the ideal surface for use in a wide variety of applications, including worksurfaces, bar/ reception tops, flooring, splashbacks and wall cladding. Extremely hygienic, Silestone® is available in over 60 distinctive through-body colours and three finishes, including the tactile matte Suede texture, which exudes beauty and elegance.