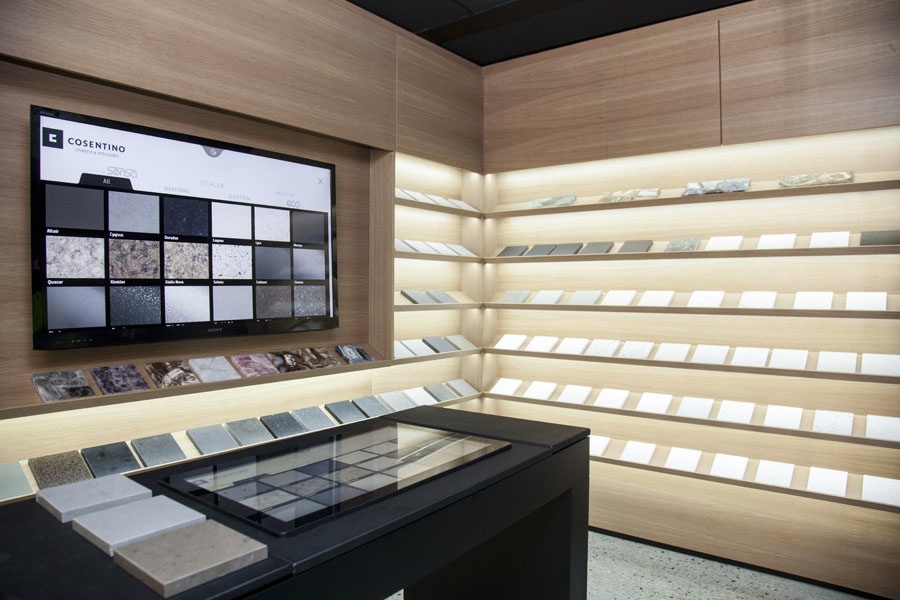 The global leader in the production and distribution of surfaces for the world of architecture and design, the Cosentino Group, has secured its own assets in New Zealand, thus consolidating its presence in the continent of Oceania. Reinforcing its commitment to geographical diversification and control of its own distribution in order to offer a better service and attention to customers, the company has opened a new Centre in Auckland, with an investment of almost 1.3 million euros.

The facility has over 2,000 m2 surface area between warehouses and offices, and will cover the needs of the New Zealand market with a storage capacity for over 2,300 slabs. The Auckland Centre, in operation for the past few weeks and which opened with a team of nine staff, is located in the East Tamaki, the city’s main industrial area and hub for over 2,000 production and distribution companies.

This entrance into New Zealand is also completed with the two new Centres opened this year in Australia, in Melbourne (North) and Perth, as well as a logistical operator in Adelaide. This reaffirms the Spanish multinational’s commitment to this country, where it has been operating since 2011, the year in which it opened a Centre in Sydney. This city was also the chosen location for the opening in 2013 of the first Cosentino City.  One year later, in 2014, two more Centres were added to the Cosentino network in the cities of Melbourne (South) and Brisbane, which with this year’s openings, now consists of a total of five Centres, one Cosentino City and one Logistics Operator.

Table of the Cosentino Group owned installations in Oceania

This expansion in Australia has allowed Cosentino to meet demand in the region more efficiently. This is a mature market in the quartz surface segment, with great future potential, in 2015 reaching 4% of the group’s total sales. Furthermore, with the inclusion of the Auckland warehouse, the company now has over 50 employees on the Australasian continent.

“Since our arrival in 2011, the Australian market has gained more weight and relevance within the Group with constant two-figure growth in sales. Our entrance into New Zealand is another step forward, and a very significant one for our growth strategy on this continent, where on the short term we plan to continue opening new facilities, the most imminent one being a distribution hub in Sydney. Our objective is still to increase control of our own distribution, as well as direct, personal customer attention from our team, in order to maintain sustained and qualitative growth,” remarked Ginés Navarro, the Cosentino Group’s Commercial Director for Asia, Pacific and Direct Sales.

With the Auckland Centre and strong expansion this year in Australia it is clear how the Almeria-based company is firmly committed to pursuing its recognised internationalisation and implementation model with its own assets overseas, both in openings in markets where it already operates and entry into new countries. The Cosentino Group currently has more than 120 own business units worldwide and more than 90% of its revenue derives from international markets.