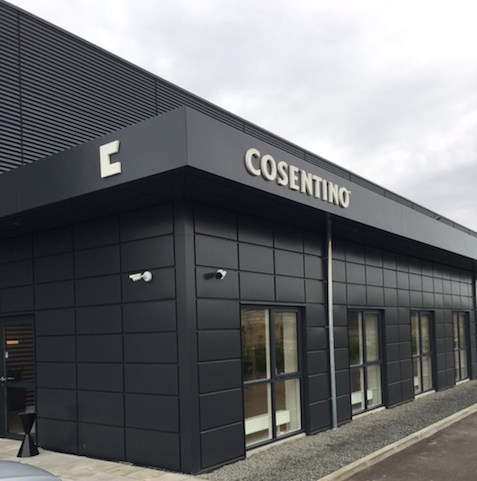 The global leader in the production and distribution of surfaces for the world of architecture and design, the Cosentino Group has entered Denmark for the first time with the opening of a Centre to provide direct services to the country. This reinforces the Group’s presence in Scandinavia, where it has been working for ten years, having taken its first steps in the region in 2006 with the opening of the Cosentino Göteborg Centre in Sweden, providing Cosentino products for the Swedish, Finnish and Danish markets.  With this entry into a new country, the multinational is closing a year of geographical diversification and increase in control of its own distribution, consolidating itself as one of the most internationally widespread Spanish companies of the moment.

The Centre, which represents a total investment of almost 1.8 million euros, is located in the town of Hedensted, in the region of Central Jutland, one of the largest in Denmark.  The facility has 2.500 m2 of storage and offices, a storage capacity of approximately 9,500 slabs that will offer an independent and direct service to the Danish market, and is starting out with a team of seven people.

According to Pedro Parra, Sales Manager for Cosentino Europe, “our objective is to continue growing in Europe even more intensely that we have done in recent years, and the Scandinavian market is fundamental for this. In fact, Sweden was one of our first international subsidiaries, as we were sure that the region’s high purchasing power and great possibility for growth. Proof of this is our ongoing investment, this time in Denmark with a strategically located Centre giving us full autonomy and distribution capacity in this country. We will not stop there, and next year we plan to enter another key market, Finland.”