Rem Koolhaas, winner of the Pritzker Prize in the year 2000 as director of the Dutch architecture studio OMA and of its research and design branch AMO, held a dialogue at the Baluarte of Pamplona with the also architect and renown professor and scholar Richard Ingersoll, born in the United States but Italy-based.

Richard Ingersoll: Delirious New York remains a masterpiece, a text that introduced to architectural discourse a new level of narrative. But this story of the “culture of congestion” can be attributed to laissez-faire capitalism, which at that moment in the first half of the 20th century still had claims to breeding citizenship. But today the same laissez-faire system produces only big symbols, inequalities, and a damaged planet. So where do you stand? You often lead us to the conclusion that this is the system we have to work in, and we can’t leave it.
Rem Koolhaas: There is really something very fundamental in the issue of reporting, which is what I have always been doing, but I also think that I have been systematically very critical of the laissez-faire situation. I mean if you read the Harvard volumes we produced, you realize that they are a critical warning about the hysterical level of consumption. So there is a big difference between my political position and my role as a reporter. 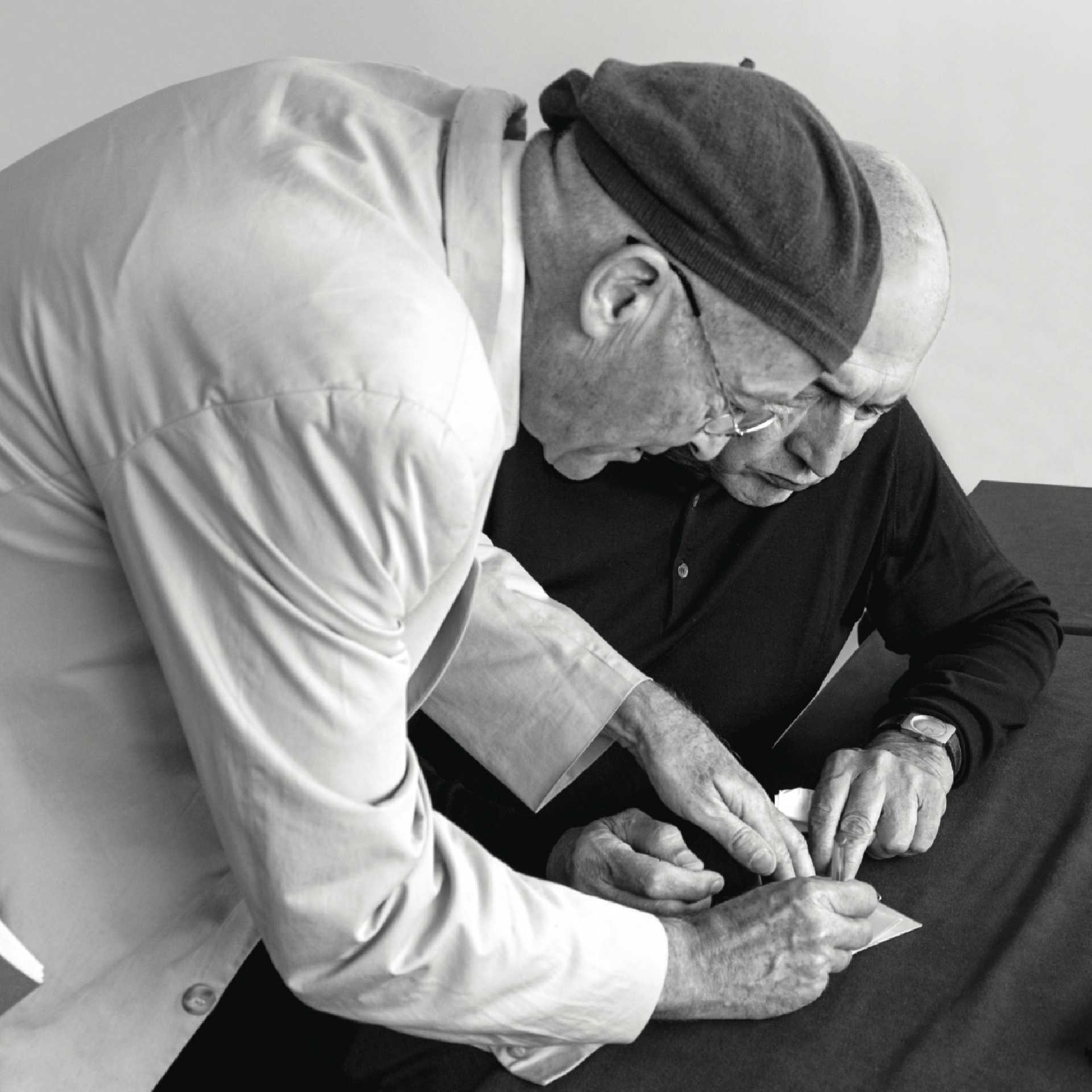 RI: But you have a very large corporate office, following in some ways a corporate structure in order to participate in the system.
RK: I would say yes, we are participating, but as critical participants. Only in this way will we be in a position that occasionally allows us to interfere and get into situations where we can really make a difference in buildings. A project such as the Garage Art Museum in Moscow makes a difference, taking a type of planning from an earlier period and reusing it. I don’t think it has anything that is architecturally ingenious except the commitment to reusing the past. But to have an office like this allows us to do projects such as investigating the energy futures for the EU, up to the year 2050, studying in geographical terms which sort of energy will be most efficient in each region, yielding a serious proposition about the distribution of energy in Europe. For right now it has become a sort of blueprint of a blueprint, entering into the archaeology of policy making.
RI: Does your work in architecture correspond to these concerns for energy?
RK: I don’t know if what I do is better or worse, but I think that the entire architectural profession, in general, is doing a much better job of reducing energy needs, and we are part of this overall trend. If the impact of buildings on global warming is 6%, we are collectively working on lowering that, and I am part of the trend. I don’t make overt claims about it, but I feel I am equally serious in confronting it. That’s what you can do as an architect on a case-to-case basis, and nothing more. And to the extent that I am often working on larger issues, I am involved in a more political way.

RI: I find that scale has become a crucial question for you, something you once dubbed as ‘Bigness’: the economies of scale, the scale of urbanism, the scale of architecture, the scale of the office.
RK: But by asking this, are you presuming that the large scale is irredeemably connected to unsustainable practices? Or do you think the scale is a precondition for sustainability?
RI: I think I should have asked you that question, which you rephrased in a better way than I stated it. But if I had to answer, I would say big scale is a big problem due to the power of corporate structures, which operate with a top-down mentality, as in the planning of Masdar City, whereas if we started at more intermediate scales, with more commitment to identity and place, I think we would come up with better solutions. And now where people are living, if 50% is urban, is not in concentrated cities, but in sprawl, which requires excessive transportation, leading to 14% of greenhouse gases.
RK: Yes, so you could say it no longer permits a typology of the culture of congestion, and how wasteful that has been in the last thirty years. But the idea of congestion remains necessary as a sort of compactness in terms of more equitable use of resources. And here there is a deep connection between scale and density. I don’t think you should be so skeptical about projects such as Masdar, because the numbers and the time frame impose artificialities, even though rhetorically and emotionally it is acceptable that you could start with a situation that is given and then kind of moves slowly. And we have done many projects like that, particularly in preservation in places like Dubai, where we tried to gain the responsibility to preserve urban situations and change them over time, which seems incredibly resistant as a realistic utopian project despite the current economy. Political change is necessary, and it’s really a promising moment considering the economic crisis is still there and does not seem to be healing itself, and is probably getting worse if you observe the increase in inequality, which is leading to unbelievable tensions and populism. It’s a crunch moment that also has positive potentials. For instance, in non-western societies, particularly in Asia, you find a healthy increase in the middle class and a rise in confidence and gaining of access to things that were previously totally unthinkable. So it’s very hard to generalize and you cannot say point blank that poverty has increased. 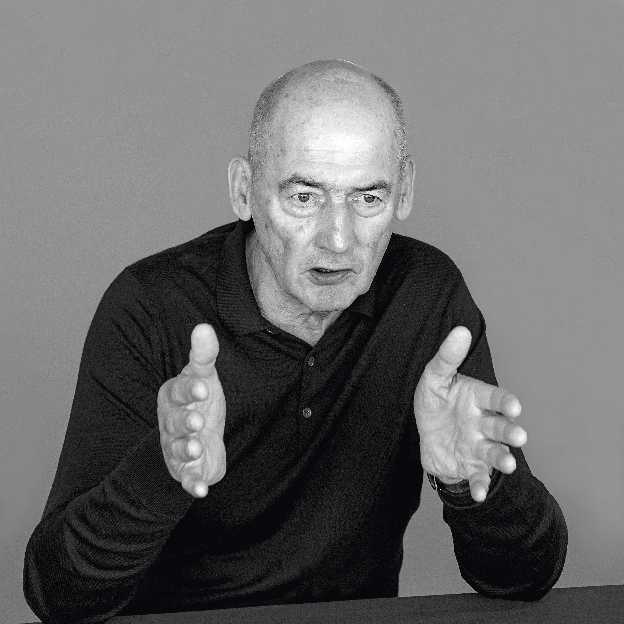 RI: But the levels have changed, and the 1% that owns over 50% of the wealth is a definite increase.
RK: And nobody is for that!
RI: Well, I think the 1% is, and they usually control the lobbies of the political system.
RK: But the fact that the growing awareness of the inequities of the 1% has drawn so much negative critical attention is important in that it forces them to prove their integrity. There are many indications that it is no longer business as usual, in almost any profession. But you have to stop moaning about the previous condition. It was an excessive situation. A lot of irresponsibility, corporate greed, and neo-liberalism led to ruin, so now there is a kind of necessary reconstruction period, where we could play a positive role.
RI: If we can see the enduring economic crisis as an opportunity of some sort to change policies, to change lifestyles, a kind of natural degrowth, as Serge Latouche has called it, could we see the impending environmental crises of floods, droughts, crop failures, as an opportunity? Could we be like Svante Arrhenius, the first theorist of the greenhouse effect, who presumed a rise in temperature would be beneficial?
RK: There has been an enormous amount of natural and man-made negative outcomes, leading to a collective sense of what happened and who is to blame, and how we could afford it. It is so blatant, it’s in the air. So without sounding too much like Voltaire’s Candide we could state that there is an amazing global awareness. With a lot of people fishing in troubled waters. So it would be absurd not to try to use this moment as an opportunity. 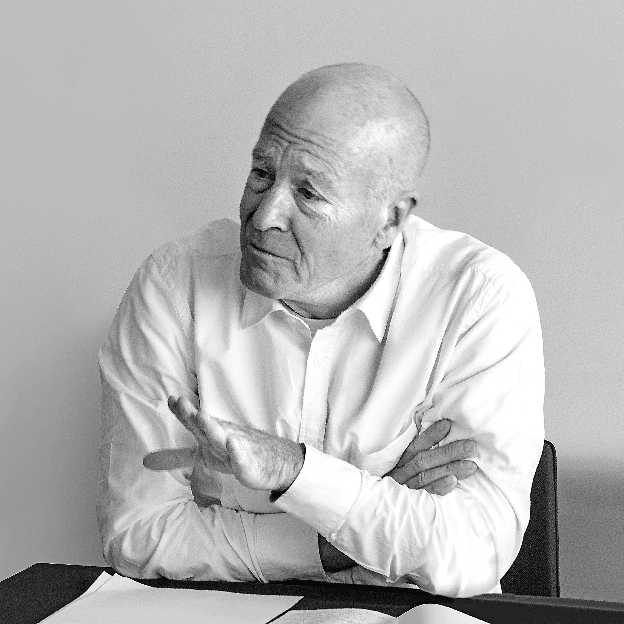 RI: In Rotterdam, where you have your office, there is an agency devoted to a climate change adaptation strategy, which in the last two years has been exporting information to other cities, such as New York. By the end of the century it is predicted that 90% of the world’s great cities will have seen dangerous changes in water levels, similar to Venice’s acqua alta. There is also a new public plaza in Rotterdam, Benthemplein, proposed as an urban sponge to assist in such situations. Should we learn from Rotterdam?
RK: I don’t think I need to take a position on Rotterdam, but let’s say that the whole of the Netherlands provides an example of what you can do in a dire situation of changing sea levels. And it’s an experience that shows the crucial nature of collaboration, as well as the potential for disaster if ideology becomes more important than objectivity. The degree of collaborative consensus is critical to confronting complex situations. And that is why I am so interested in the European Union, which in a way is like a bigger Holland, and also needs to establish a culture of consensus that can be detached from political colors, addressing communality and shared values. That’s a very Dutch mentality. 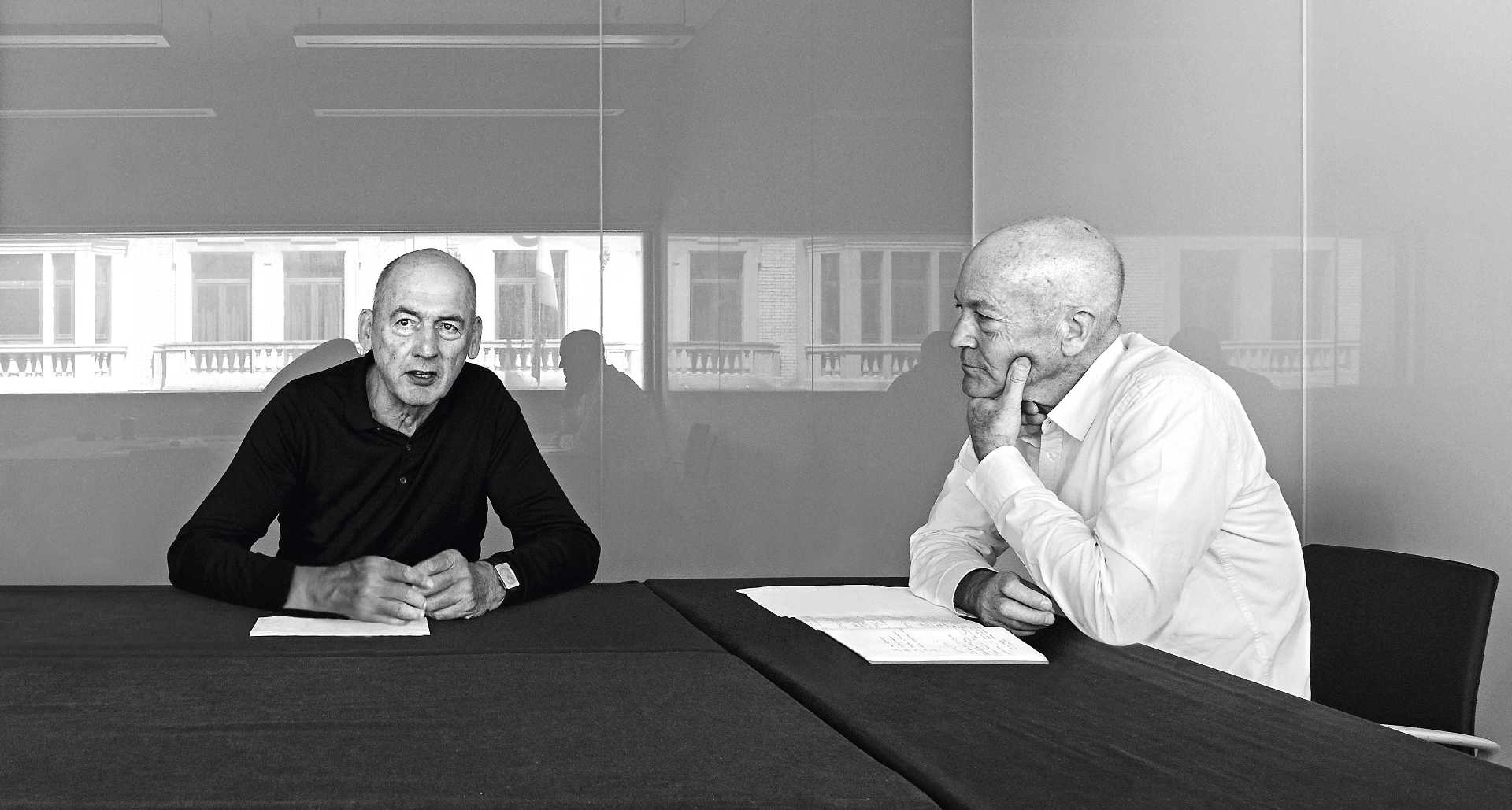 RI: In your statement for the Venice Biennale (2014) and in your talk in Pamplona you singled out the problem of a ‘digital regime.’ We are all increasingly participating with mechanisms that substitute our own thoughts with external memory devices. It seems a big problem humanistically that we will start to lose contact with the intelligence inside of us. The technology is moving so fast that we are completely unaware of how pervasive it is becoming. There is a real danger of the means becoming the end in themselves. Should we attempt to counteract, or slow things down, or at least feel that we are in control of them?
RK: I would not put it that way, even though I agree, as it sounds too nostalgic. There is something to be said about how easy it has become in just a short time to acquire an unbelievable amount of information. But to transform this information into knowledge is of course an art. I frankly do not see people getting more stupid, even if I am worried about the culture it implies. The commercial momentum that is behind current paradigms like the Smart City are very interesting in the sense that their proponents seem to be hiding the speculative incentive that is behind more general narratives. Whether this will result in social control or manipulation remains to be seen. But my difficulty with your kind of critique is that in a way, I can never fully endorse it, even though I think you are not altogether wrong. I think that the way you formulate your analysis is so incapable of seeing anything good in what is happening today, and I cannot agree with that. I share many of the same concerns, but find that the anti-modernity behind them is an elitist position. I do not think we are in a situation where 10 billion people can be anti-modern. Maybe the few who are lucky to have a farm in Tuscany can afford to be anti-modern. So that would be my answer as well on the corporate issue. I still think that we are condemned to modernity and that we must try to make something out of it. 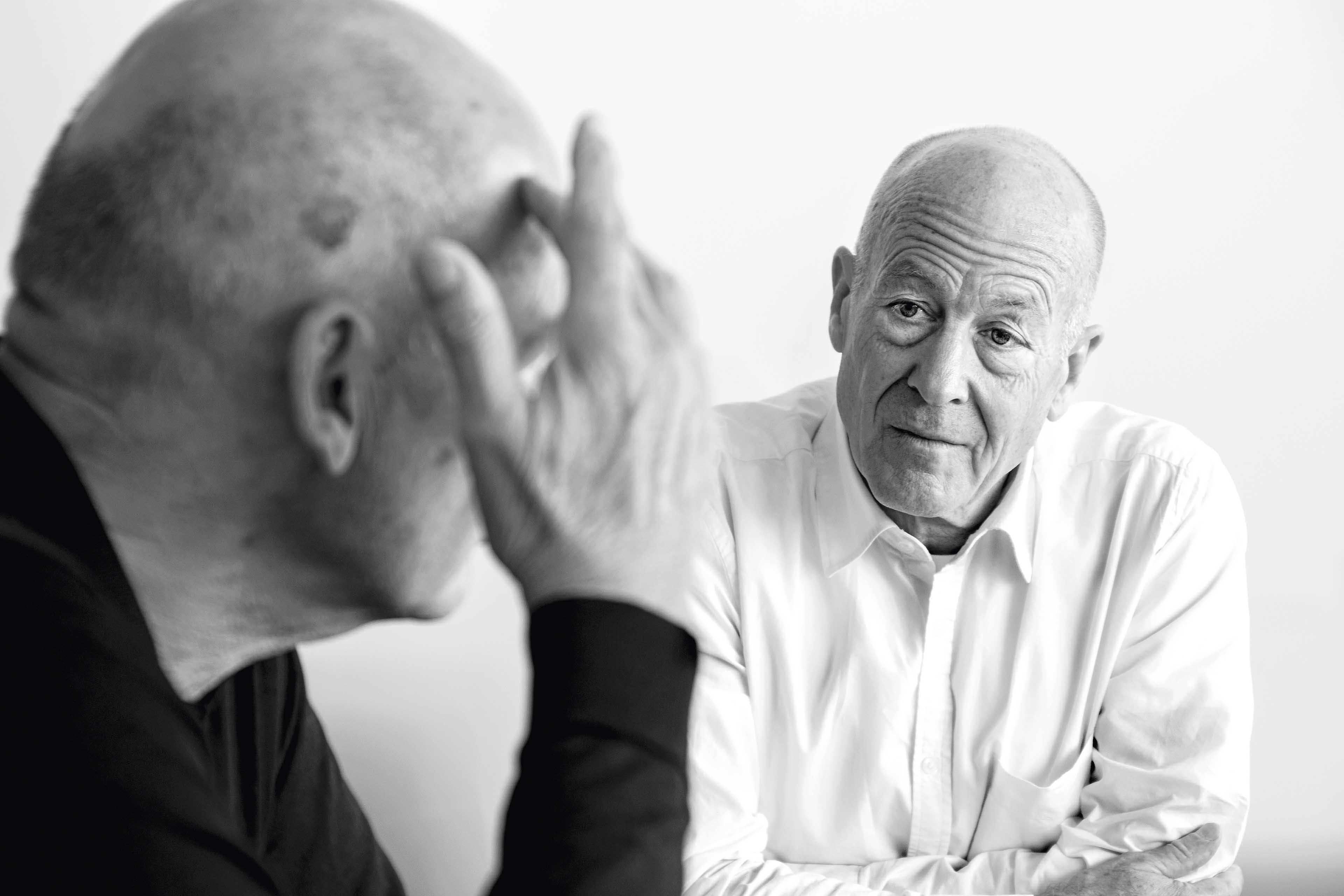