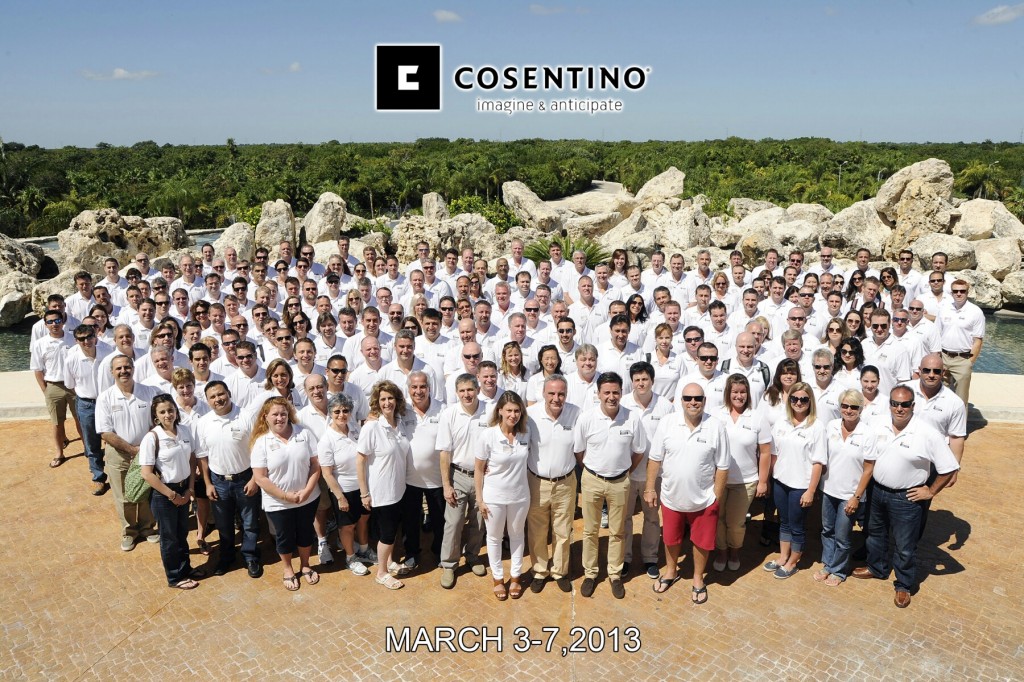 This week the Cosentino Group, worldwide leader in the production and distribution of innovative design and architectural solutions, held its annual convention for its most important North American customers, mainly from the U.S. and Canada.

In his keynote speech, Francisco Martínez-Cosentino thanked attendees for their efforts in 2012 of keeping the Group on a path of growth in this geographic area, despite the difficult market conditions. He stressed the importance of having the ability to provide a fast and efficient service, something unique in the industry, through Cosentino Center logistic platforms, of which Cosentino Group has 22 throughout the United States.

Specific seminars on product, marketing, safety and health at work, relationships with designers and architects, etc., were on the agenda of the attendees. There were also top-class speakers and the participation of representatives from professionals associations in the world of design, stone industry and machinery.

The multinational verified its firm commitment to growth in this region as well as new investments to earn even more competitive advantage. Noteworthy events for 2013 include the opening of a new logistic hub in Norfolk (Virginia), 4 new Cosentino Centers, and the refurbishment of some of the older Centers in the U.S.

According to the Chairman Francisco Martínez-Cosentino Justo: “we are still in a strong position to take advantage of business opportunities in this region. Our partners and customers must rely on the strength of our brands, the constant innovation in our product, and in a unique worldwide distribution system. Our commitment will continue to promote investment, and seek expansion and growth to achieve success along with our customers.”