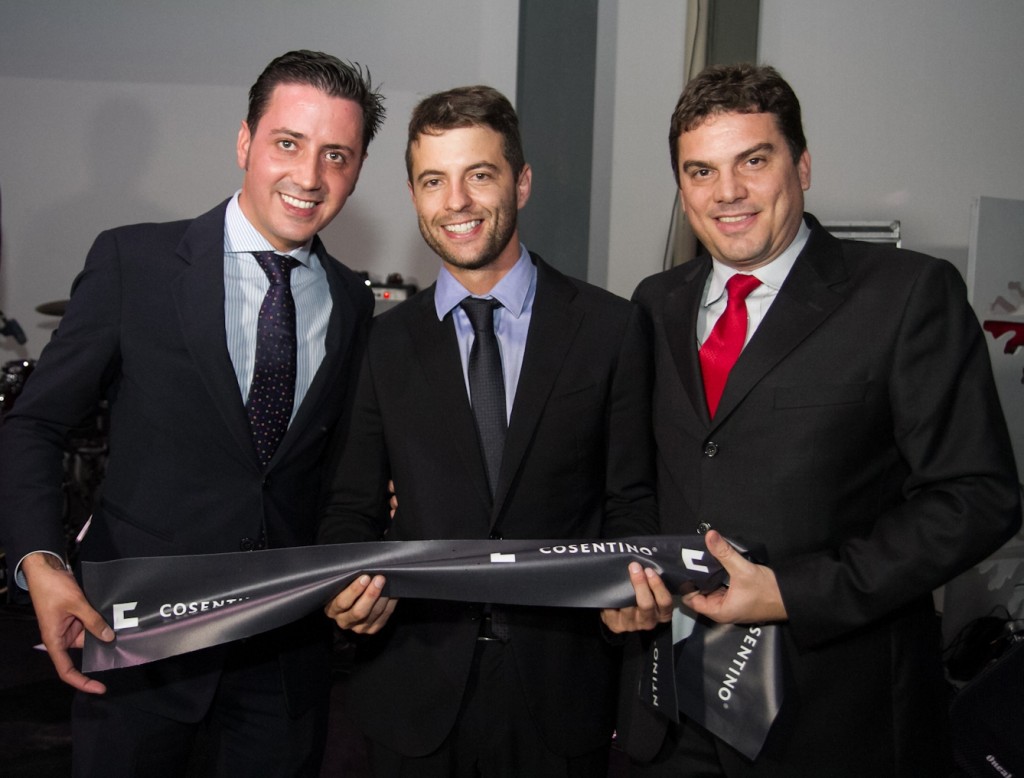 for download click image
Cosentino, a leading global Spanish multinational consortium engaged in producing and distributing worktops made of quartz and other natural stones, opened its fourth Latin American Cosentino Center in the Brazilian state of Santa Catarina on Thursday 13 September.  The new Center will have a total area of 2,200m2 dedicated to exhibition areas, showrooms, auditoriums, offices and material storage.

Eduardo Martínez-Cosentino attended the opening of the new Santa Catarina Center. He also announced the opening of two new centers in Brazil. “This new Cosentino Center adds to the Center opened a few months ago in Goiania and the large Cosentino Latina sawing and advanced granite processing factory in Vitória. With these three logistical sites, Cosentino will boost its growth in 2012 in Brazil and will lay the foundations for new Cosentino Centers in the coming months, in the states of Belo Horizonte and Fortaleza, “said the Chief Sales Director of Cosentino Group and CEO of Cosentino North America.

The Cosentino Center is a new concept of an integrated service center that brings together, in one space, the function of a workshop display area, a showroom, and an exhibition area for professionals – architects, interior decorators, interior designers, stone masons or kitchen and bathroom vendors.

During the next three years, Cosentino Group plans to open 28 new Centers, to reach a figure of 90, following the expansion in the U.S. and focusing on Brazil as the fourth pillar of growth and diversification.  In 2011, Latin America was the geographic area that achieved highest growth in sales with a 48% increase over the previous year.

In 2012, Cosentino is celebrating 10 years of presence in Latin America, commemorating the first decade of the granite factory that Cosentino established in the Brazilian city of Vitória (E.S.).  Under the name of Cosentino Latina Vitoria, it currently employs more than 100 workers and has been the origin of one of the most successful subsidiaries of the Spanish multinational. Latina Vitória has granite production that exceeds 1,000 m2, and boasts the most modern technology in natural stone, necessary for production, for example, Sensa by Cosentino®, a revolutionary range of anti-stain granites. Currently, this Cosentino Group subsidiary is the leading exporter of granites in Brazil and reached sale figures of more than 25 million euros in 2011 with the U.S. as the main market for the production of this factory.

September 17, 2012 Categorised in: News
Previous article
Cosentino Group collaborates in the restoration of the emblematic Patio de los Leones in the Alhambra