Cosentino Group, world leader in the production and distribution of quartz, natural stone and recycled surfaces takes part in Casa Decor Barcelona 2012. This is Europe’s largest interior design showcase and celebrates its 20th anniversary from the 8th of November to the 9th of December in the Catalonian capital.

Casa Decor is an exclusive communications platform bringing together professionals, brands and the general public. The various participants present their range of products at this important fair and professionals in the decorating sector dazzle visitors with their captivating ideas.

Cosentino Group is taking part at Casa Decor Barcelona with three magnificent spaces. The first is a restaurant space created by the Círculo Cuadrado studio and decorated by Maribel Caballero and Ismael Barajas. This setting boasts a spectacular bar made of Silestone® in the colour Doradus and features the new and revolutionary Suede finish, developed by Cosentino this year following in-depth research in the field of polishing technology. 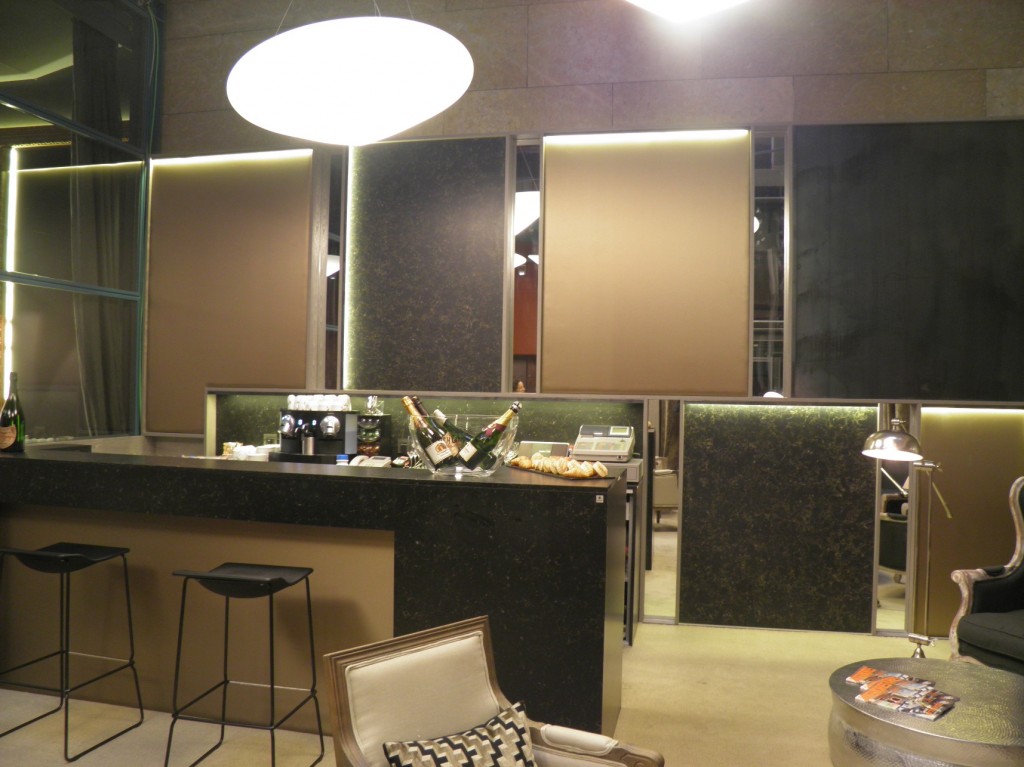 In another display, the intimate bathroom space by the company Azul Acocsa and decorated by the Coblonal studio has an elegant shower tray and Silestone® basin in the colour Lagoon, a colour that was also used for the wall coverings and flooring. The finish on all the Silestone® surfaces is Suede. 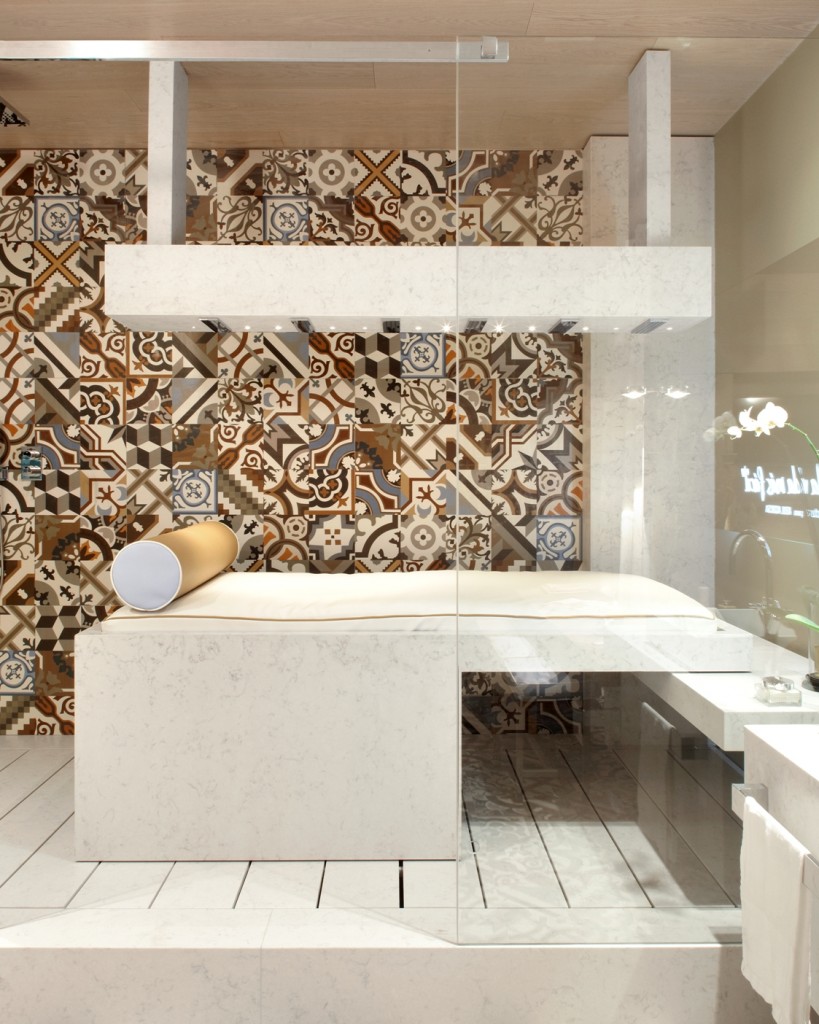 Lastly, the interior designer Ana López de la Casa has used a Silestone® worktop in the colour Lyra for the space created by the company JML-Realizamos, which also features a beautiful Exclusive basin. 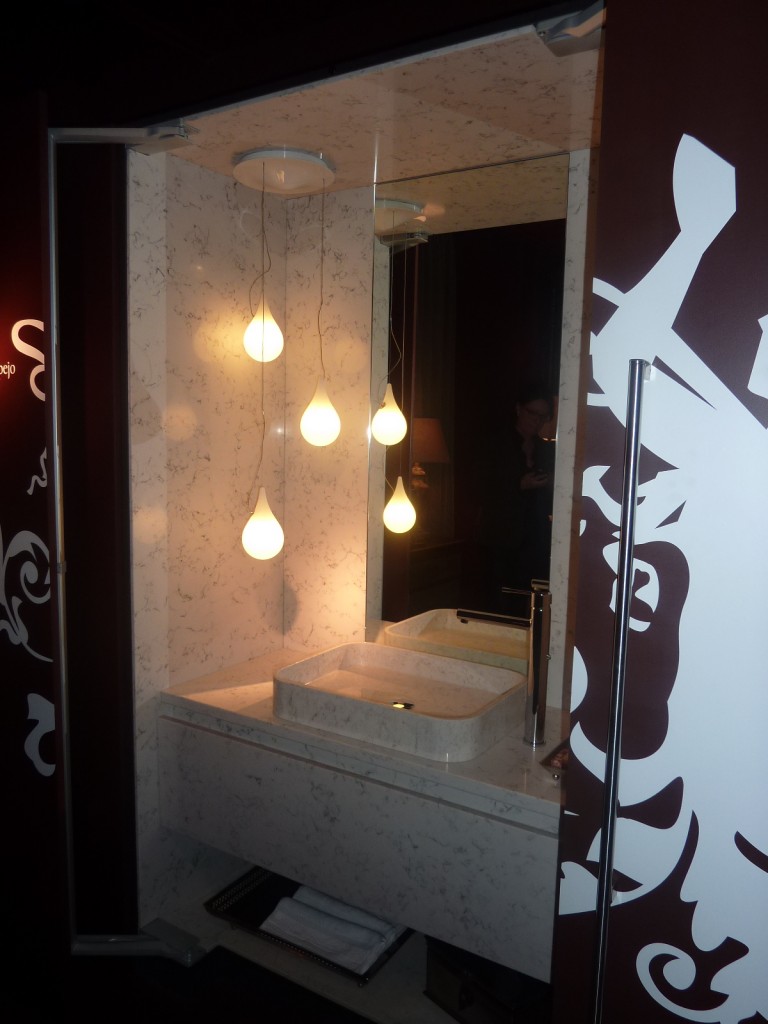 The public toilets at Casa Decor Barcelona also include a number of Silestone® countertops in the colour Merope and have a polished finish.

Thanks to these examples of the application of Silestone® which can be seen at Casa Decor Barcelona, this Spanish brand once again demonstrates that it is the ideal choice for decorating both private and public spaces, and offers an infinite possibility for design and artistic creations.

An iconic venue, located on one of the city’s main streets, was chosen to celebrate the 20th anniversary of Casa Decor Barcelona. The Carrer d’Aragó 271 building, in the well-known Quadrat d’Or area, is a singular property where two different 20th century eras converge. This modern building, with natural light as one of its main elements, measures over 3,800m² and features straight lines, new materials and has very little ornamentation.

Cosentino Group currently has 6 production factories; 15 centres for manufacturing kitchen and bathroom worktops and surfaces in theUnited States; over 70 Cosentino Centres worldwide; and about 2,200 employees. The Group distributes its products to more than 60 countries, directly controlling and managing, from its headquarters in Almería (Spain), its facilities and infrastructures in 17 countries: the United States, Brazil, Mexico, Australia, Spain, Sweden, the United Kingdom, Ireland, Germany, Austria, Holland, Belgium, France, Switzerland, Norway, Italy and Portugal. More than 80% of its revenue currently derives from international markets.

Silestone® by Cosentino, world brand leader in the area of quartz surfaces, is a material made of 90% natural quartz. Silestone® surfaces are highly stain, impact and scratch resistant as well as having a low liquid absorption rate. It also features exclusive bacteriostatic properties, has numerous guarantees and certifications and enjoys the high level of service, quality and responsibility that are part of all of Cosentino Group’s products. Silestone® is manufactured in over 60 colours, three textures and various formats making it very versatile and can even be made in large, join-free pieces. It is the perfect material for use in a great many applications in kitchens and bathrooms as well as for laboratories, hospitals, hotels, restaurants and other professional uses.

Silestone® features in some of the world’s most singular buildings such as the Burj Al Arab Hotel inDubai,London’s Wembley stadium, theAgbarTowerinBarcelonaand the Telefónica Flagship shop inMadrid. Creator of a new world class category, a quarter of all kitchens in Spain currently have Silestone®, while in the USA, Silestone® has a 75% market share of all quartz surfaces and a 7% share of kitchen countertops.