Francisco Martínez-Cosentino receives the Gold Medal for Merit at Work 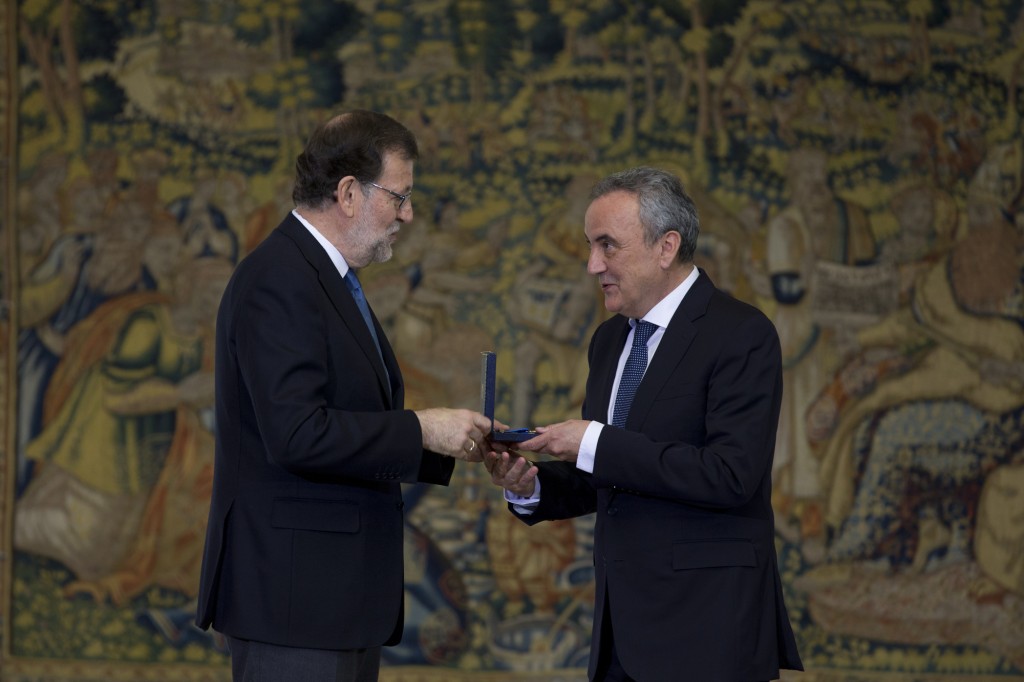 Francisco Martínez-Cosentino Justo, Chairman of the Cosentino Group, was honoured this morning with the Gold Medal for Merit at Work, awarded by the Spanish Government at the suggestion of the Ministry of Employment and Social Security. During a ceremony held in the Moncloa Palace Tapestry Room, the founder and current director-in-chief of the leading Spanish multinational in the production and distribution of surfaces for architecture and design received the decoration from the acting Prime Minister of the Spanish Government, Mariano Rajoy, who chaired the ceremony alongside Minister for Employment Fátima Báñez. 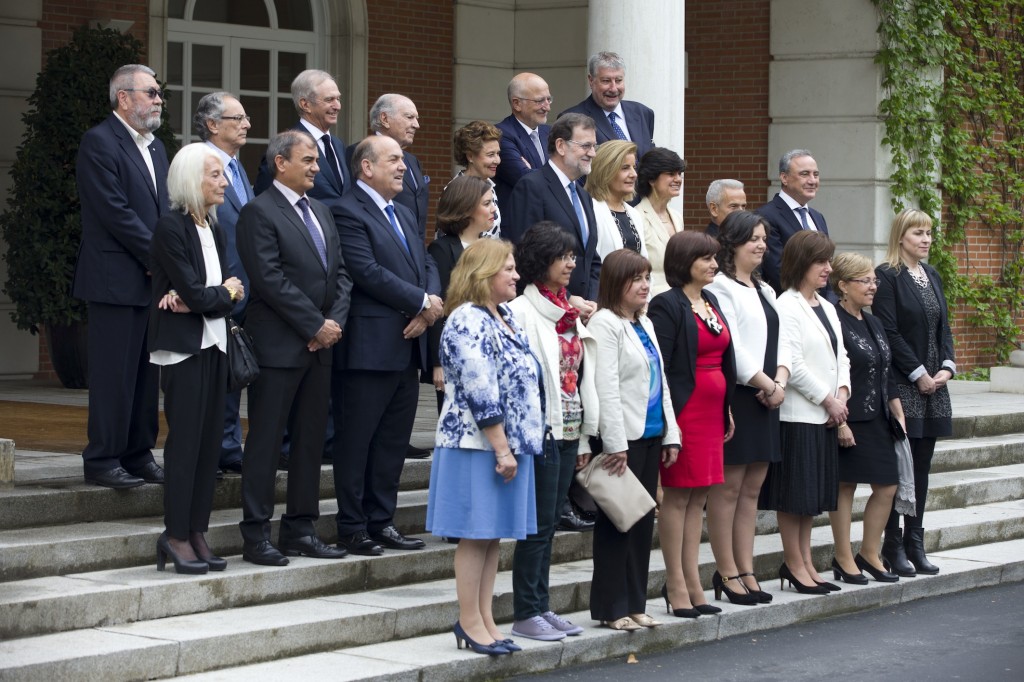 In conceding this award, the Government recognises the Cosentino Group Chairman’s efforts in creating and developing a business project that has not only allowed jobs to be created but also projected the Spanish Brand into the international market, in addition to promoting social commitment.

According to a statement from Mr Martínez-Cosentino, who was accompanied by several members of his family during the ceremony, “I share this recognition first of all with my brothers, José and Eduardo, without whom I surely would not be here today. Also with the rest of my family, particularly my wife and children for their unending patience, dedication and affection. And finally this Medal extends to each and every one of the employees, contributors and partners that have made it possible over the years for Cosentino to become one of the best-known companies in Spain, as well as the one with the greatest international presence.”

The Cosentino Group currently employs 3,400 workers, of which 1,450 are in Spain. The company is one of the largest employers in Almeria, where the group’s headquarters and industrial estate are based: the direct jobs it provides are compounded by the indirect ones it generates due to its status as an industrial company, with an estimated ratio of 2.5 indirect positions for every direct hire.

PR_Francisco Martinez-Cosentino receives the Gold Medal for Merit at Work