The global leader in the production and distribution of surfaces for the world of architecture and design, the Cosentino Group, has been selected to provide design solutions for professional kitchens and restaurants worldwide.  Owing to the numerous unique benefits for commercial applications, an increasing number of popular London establishments have selected either Silestone® or Dekton® by Cosentino, including Japanese restaurant Ichiryu; popular Portuguese chain Nando’s and StreetXO, the new London based restaurant by well-known Spanish chef, Daviz Muñoz. 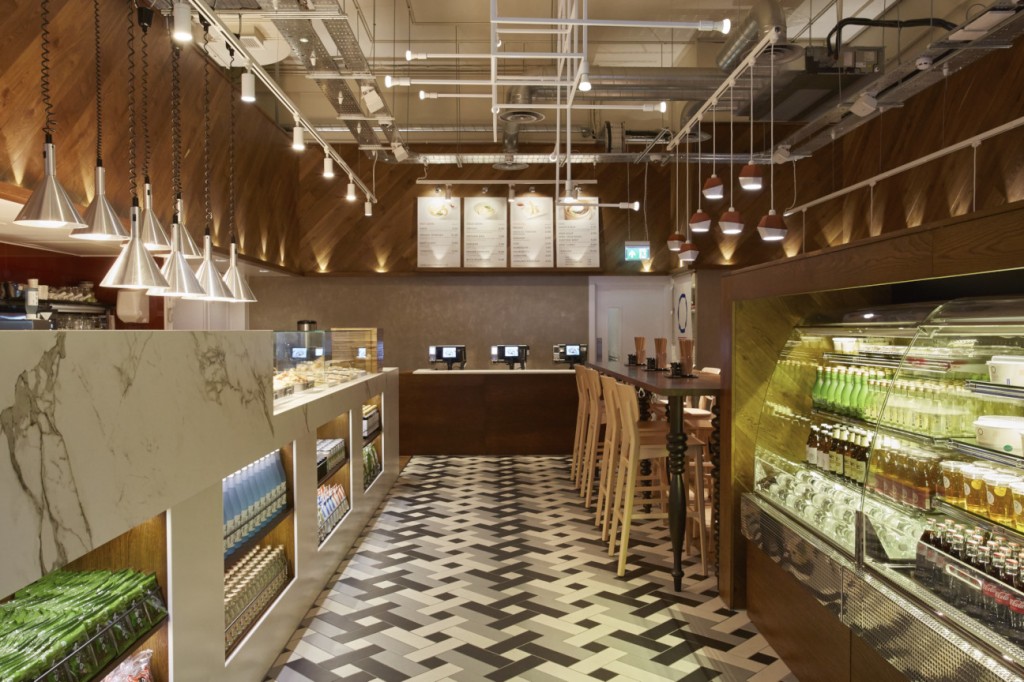 Situated in Oxford Street, London, Ichiryu is a Japanese restaurant specialising in handmade Udon noodles.  It was founded by entrepreneur Tak Tokumine, who opened Japan Centre, the well-known Japanese food hall situated in central London. The emphasis throughout is on healthy, fresh, natural flavours, and this is reflected in the restaurant’s design where light colours are paired with wood.

Dekton® by Cosentino in Aura was chosen for the seven-metre-long servery area, in addition to a cashier countertop.  Superior technical characteristics such as resistance to scratches, stains and thermal shock make Dekton® ideal for such spaces where daily usage is highly intense. Its very low porosity ensures that liquid spills will not penetrate the surface, ensuring it is easy to clean and maintain, making it a hygienic choice.  In addition, the availability of Dekton® in large format slabs lends a sense of continuity to the design. 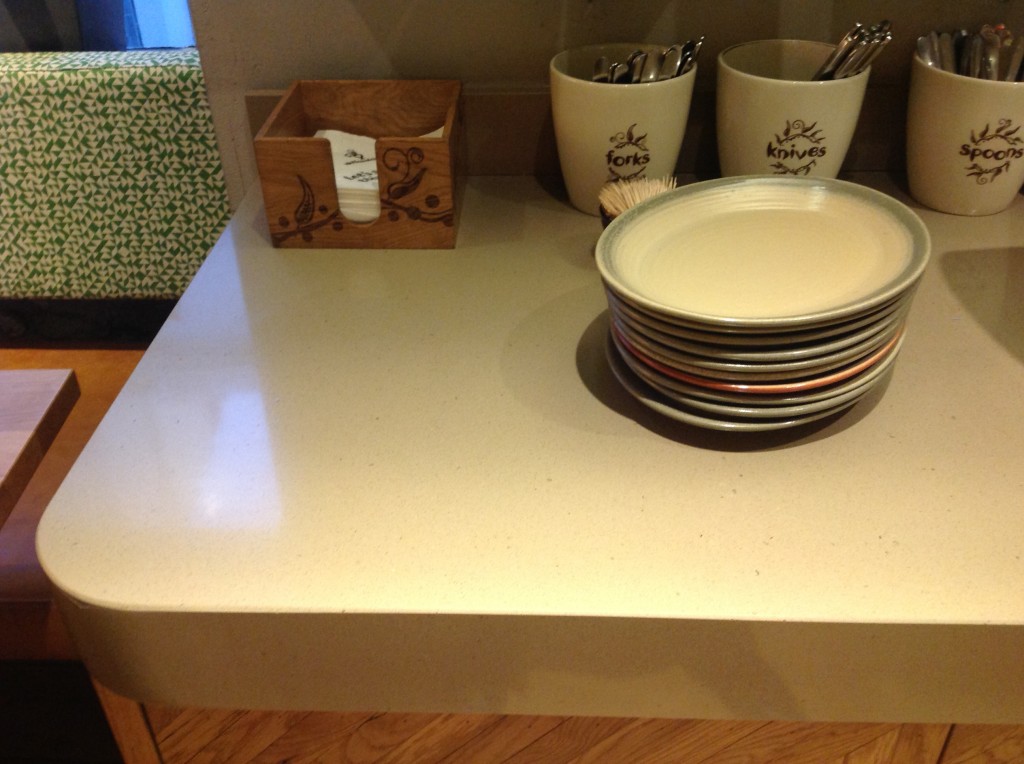 With over 350 restaurants in the UK, Nando’s is a popular and well established chain, with flavours hailing from its South African and Portuguese roots.  Customers are required to place their orders at the counter, and collect their own cutlery and condiments from serving stations.  When designing the new Nando’s Bayswater restaurant, architects understood the need for a material that would be able to withstand a constant influx of customers, whilst blending with the establishment’s predominantly timber design.

Silestone® by Cosentino in shade Toffee was chosen for the two servery areas. Cosentino Commercial Project Manager Manuela Marin says, “It works beautifully with the timber and the rest of materials used for the project, and of course it offers all the advantages of Silestone® that makes it perfect for this type of application”.

These advantages include scratch, stain and impact resistance, in addition to benefitting from a colour consistency that is not found in natural stone, ensuring that the countertop’s aesthetic is uniform. 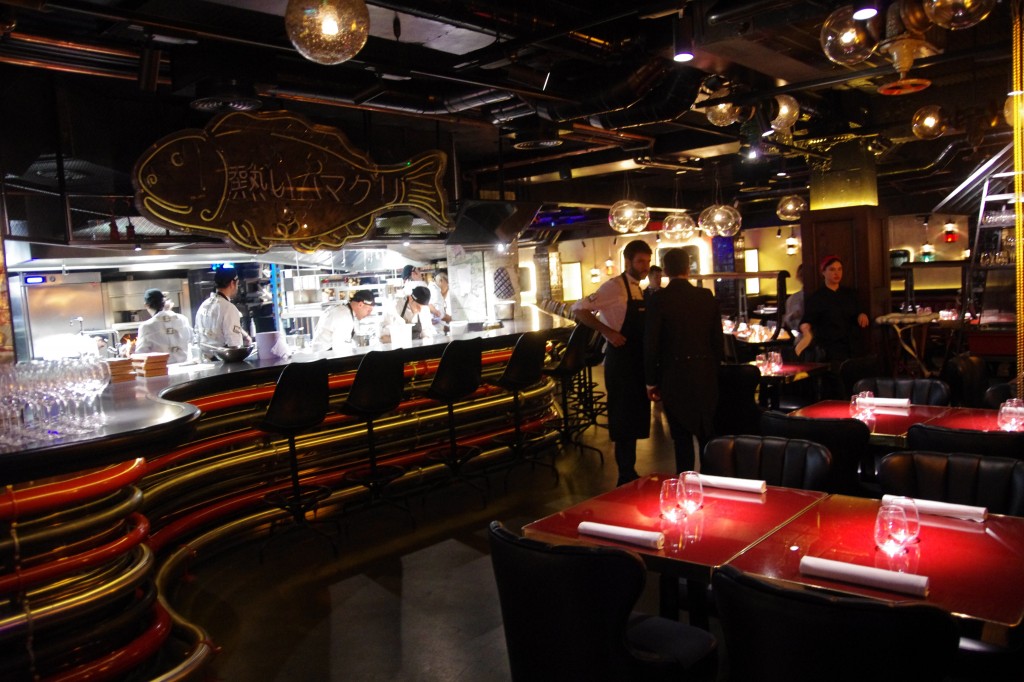 Opened in November 2016, StreetXO in Mayfair, London is the latest venture by Spanish chef, Daviz Muñoz.  Known for his three Michelin starred fusion cuisine restaurant, DiverXO in Madrid, StreetXO is the chef’s first UK establishment.  Striving to create a theatrical serving environment, with the kitchen on show to diners, the menu offers tapas-style dishes with a Spanish influence and pronounced Asian and South American flavours.

With Silestone® and Dekton® being specified for DiverXO, the materials were a proven choice for the new restaurant.  51 square metres of Dekton® by Cosentino in colour Spectra has been selected as the wall cladding used throughout the restaurant, which is situated in a basement space and features a strong black and red colour scheme throughout.

Silestone® by Cosentino has also been specified throughout, with Polished Negro Tebas used for the main bar countertop and Polished Negro Marquina Marble for the tabletops.  The application of Silestone® ensures not only a sleek aesthetic, but also provides the benefits of its heat, stain and scratch resistant properties, ideal for surfaces which will be in constant use.

Polished Doradus was chosen for the washbasins, whilst the same shade was also selected for use in shelves used around the restaurant, with several in the restrooms, again owing to its superior technical qualities and hardwearing nature.