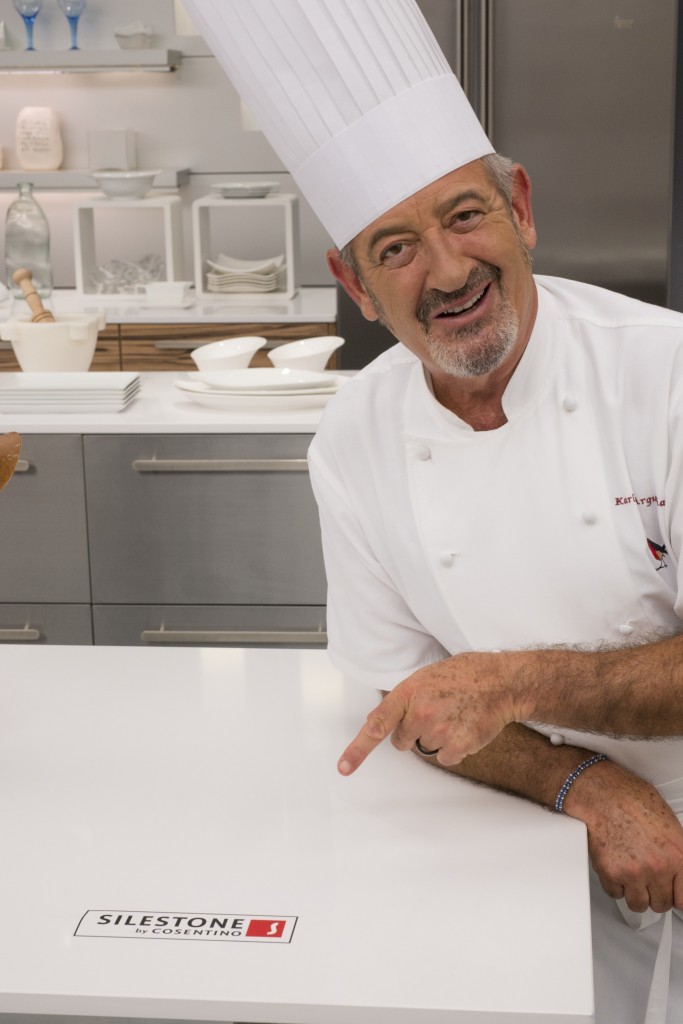 for download click image
Karlos Arguiñano, the most popular chef on television, is back with a new season of his programme, Karlos Arguiñano en tu cocina (Karlos Arguiñano in your kitchen) on Antena 3, and he does so alongside Silestone®, the world leader in quartz worktops.

Karlos Arguiñano’s new kitchen has several Silestone® worktops in Blanco Zeus and he has opted for “Suede” the new exciting texture by the Spanish brand. The kitchen boasts a matte finish in Silestone Suede. No additional products are required to enhance its tone. It performs extraordinarily against stains and is soft and very nice to touch with total color consistency and quality.

The new kitchen offers beauty, spaciousness, trend, design and high performance appliances…Karlos has been using Silestone® for two years to create the most delicious and original recipes.

Silestone® is the ideal choice for this area of the home because of its extraordinary physical and mechanical characteristics, including its bacteriostatic property, unique to Silestone®, which ensures maximum hygiene in all of its applications. 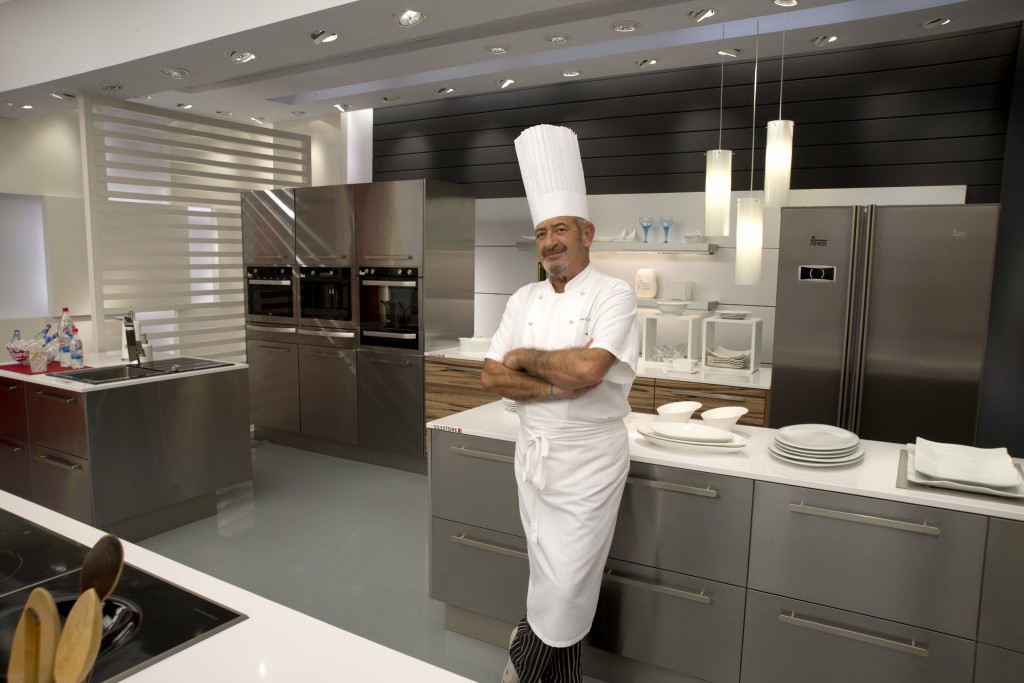 Since their partnership began in September 2009, Karlos Arguiñano and Silestone® have maintained an excellent relationship and they have been seen side-by-side at various events as well as the visit that the chef made to the multinational in Almería in 2010.

The programme Karlos Arguiñano en tu cocina can be seen Monday-Friday at 12.15 pm on Antena3. 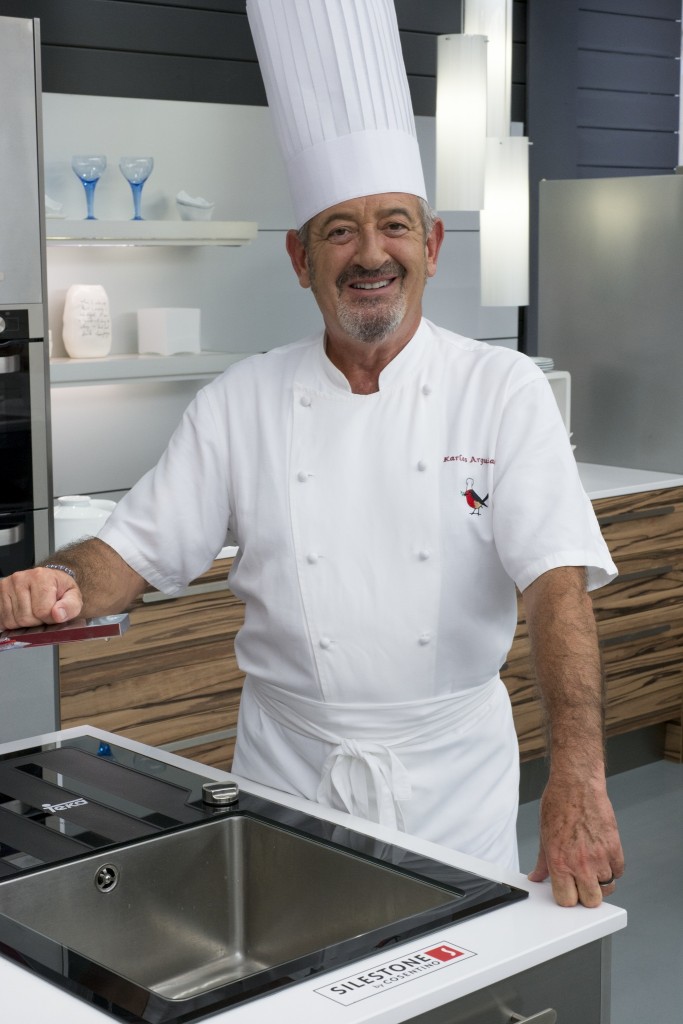 Silestone® by Cosentino, world leader in the quartz surface category, is composed of more than 90% natural quartz. Silestone® surfaces are highly resistant to stains, impacts and scratches, and have low liquid absorption levels. It also contains an exclusive bacteriostatic property, and comes with a range of warranties, certifications and the level of service, quality and commitment that is characteristic of all the Cosentino Group’s products.  Silestone is made in over 60 colours, three textures and several different formats, which make it extremely versatile; it can even be used in large pieces without requiring any joints. It is the ideal material for kitchens and bathrooms, laboratories, hospitals, hotels and restaurants, and is suitable for many other professional uses.

Silestone® is present in some of the world’s most unique constructions, such as the Hotel Burj Al Arab in Dubai, Wembley Stadium in London, the Torre Agbar in Barcelona, and Telefónica’s flagship store in Madrid. A world first at its launch, Silestone® is currently a feature of one in every four kitchens in Spain, while in the USA, it has a market share of 75% of all quartz surfaces and 7% of all kitchen worktops.

Silestone® was the first Spanish brand to advertise in the biggest publicity event in the world, the American Superbowl. Silestone® is also the personal sponsor of three-time world motorcycle champion, Jorge Lorenzo, and currently collaborates with the Second Division Spanish football club, Unión Deportiva Almería.