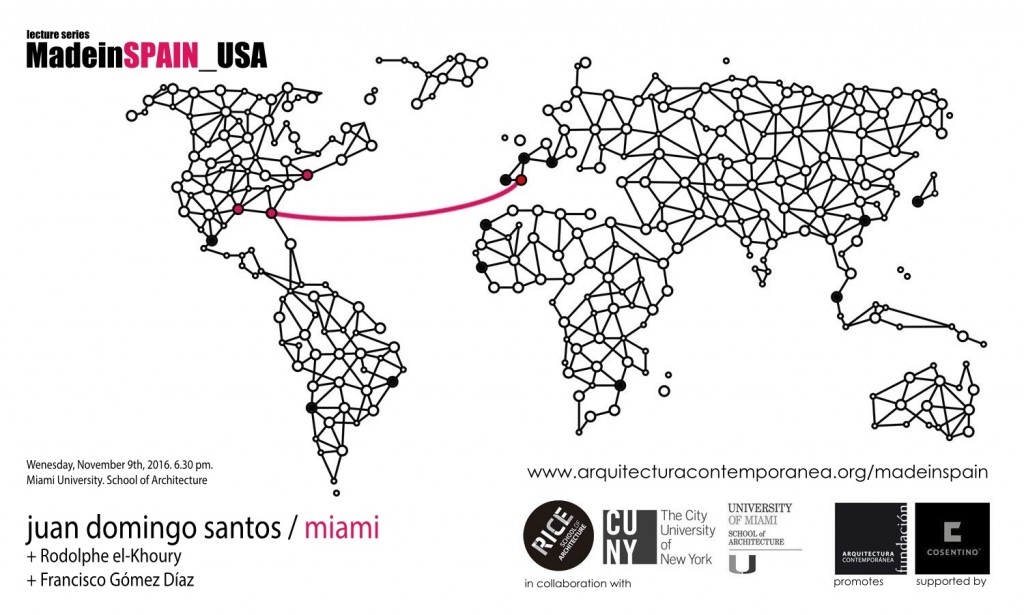 This year’s edition of the “MadeinSpain” conferences, organised by the Contemporary Architecture Foundation, will close on Wednesday 9 November with a lecture by the Granada-born architect Juan Domingo Santos at the School of Architecture at the University of Miami. In line with its support for the world of architecture and the well-deserved international projection of Spanish professionals, Cosentino Group acted as the main sponsor this year for the programme of events, held in three of the main schools of architecture in North America.

In next Wednesday’s event, the subsequent discussion will also include Rodolphe el-Khoury, Dean of the School of Architecture of the University of Miami, and Francisco Gómez Díaz, Patron of the Contemporary Architecture Foundation. Together they will attempt to uncover the most significant characteristics of Spanish architecture compared to North American architecture, under the common goal of the “MadeinSpain” programme of disseminating the architecture of our country overseas, and encouraging and international and disciplinary debate involving public and private actors, regardless of where they come from.

The work of Juan Domingo Santos, head tutor of architectural projects at the School of Architecture of Granada since 1994, has been recognised at national and international level, obtaining numerous awards and participating in key events such as the 7th Venice Architecture Biennial, the exhibition “On Site, New Architecture in Spain”, organised by MOMA New York, or the Spanish Architecture Biennial (93-94 and 10-11), among others. Most recently, he won, together with Álvaro Siza, the international competition Atrio de la Alhambra, which he is currently developing. 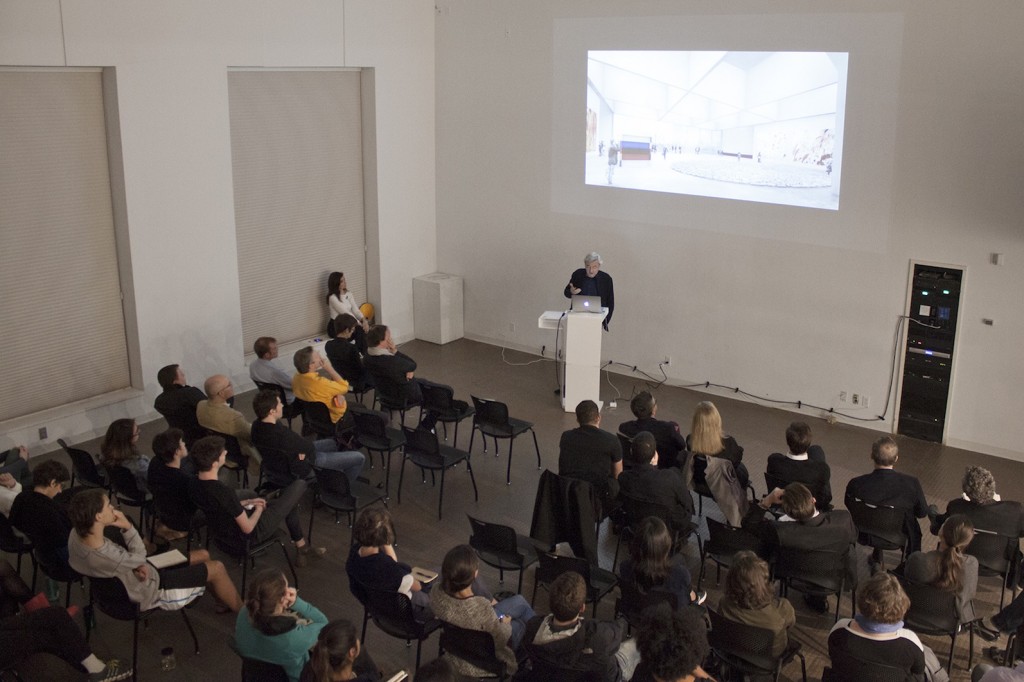 The international “MadeinSpain” lecture series, held since 2009, was recognised last year with the Award for International Spanish Architecture and hailed as an example of an initiative created for the purpose of internationalising and disseminating Spanish architecture abroad. These awards are given by the Forum of Spanish Architecture of the Superior Council of Colleges of Architects of Spain (Forum CSCAE) whose honorary president is the Minister of Development. To date, there have been four editions of “MadeinSpain” and these have taken the most renowned Spanish professionals and architecture studios to Europe, Latin America, Asia and Africa.

In 2016, the lectures have been held in the United States, the first taking place in April in the city of Houston, where the RICE School of Architecture hosted the talk by Nieto Sobejano Arquitectos. Fuensanta Nieto and Enrique Sobejano explained their perception of current architectural ideas and showed some of their most outstanding work such as the Madinat al Zahra Museum in Cordoba (recipient of the 2010 Aga Khan Award) and the Andalusian Space for Contemporary Creation (a finalist of the 2015 Mies van der Rohe Prize). 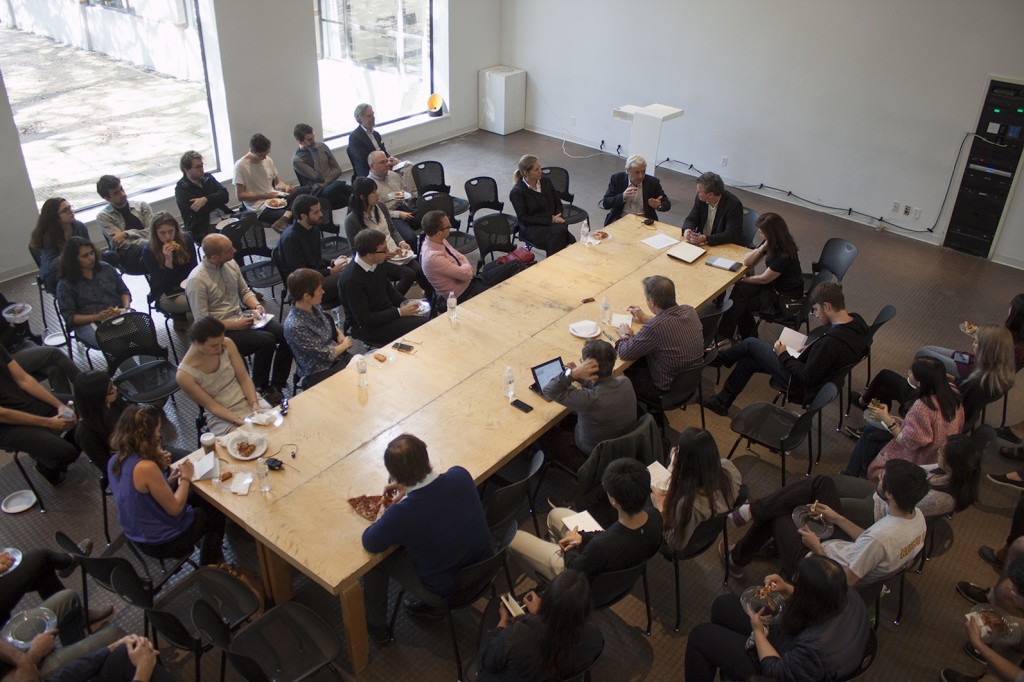