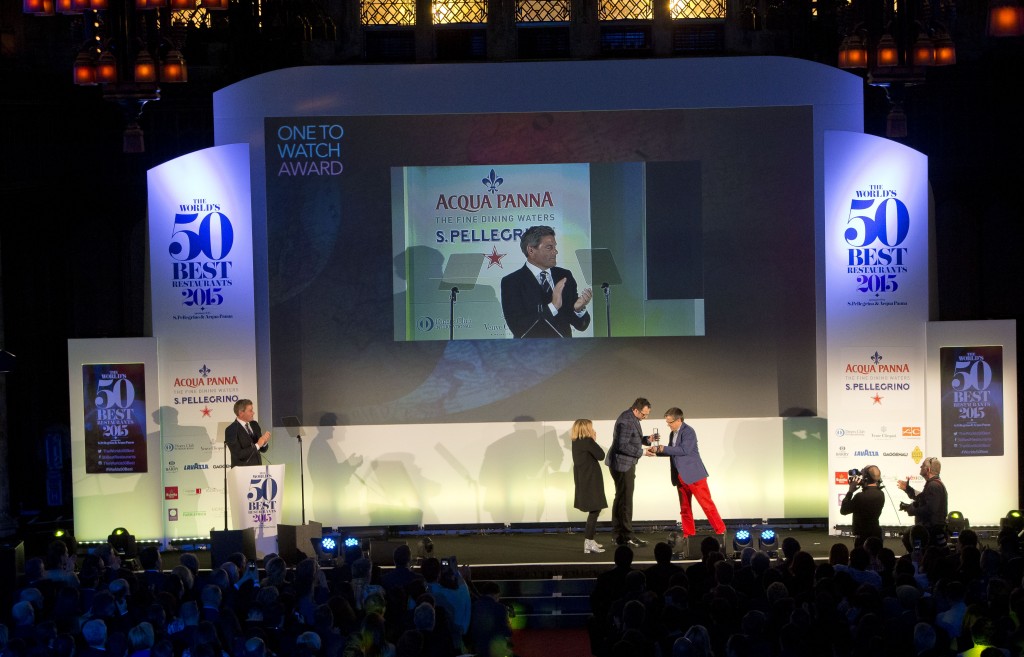 Silestone®, the world’s leading brand in quartz surfaces, sponsors the “One To Watch Award”, included in the list of the “The World’s 50 Best Restaurants 2015”, and was given to restaurant Sepia (Australia) with the chef Martin Benn. (see complete list: http://www.theworlds50best.com/).

The award ceremony took place last night during the ceremony presenting this prestigious list, in the emblematic Guildhall building in London. Santiago Alfonso, Director of Communication and Marketing of Cosentino Group, presented the award to Martin Benn and his wife Vicky Wild. 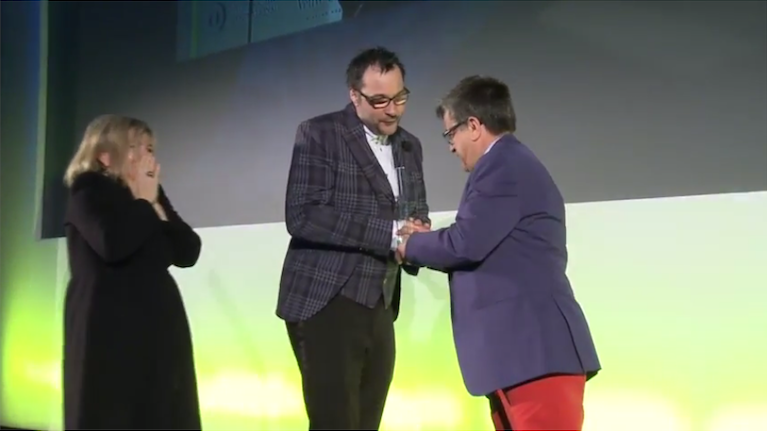 Silestone® attend “The World’s 50 Best Restaurants 2015” as an official supplier of quartz worktops. Last night it had an exclusive space in the historic London building where an impressive and gleaming worktop in the colour Rossa Monza could be seen on which a Master Ham Cutter carved ham. 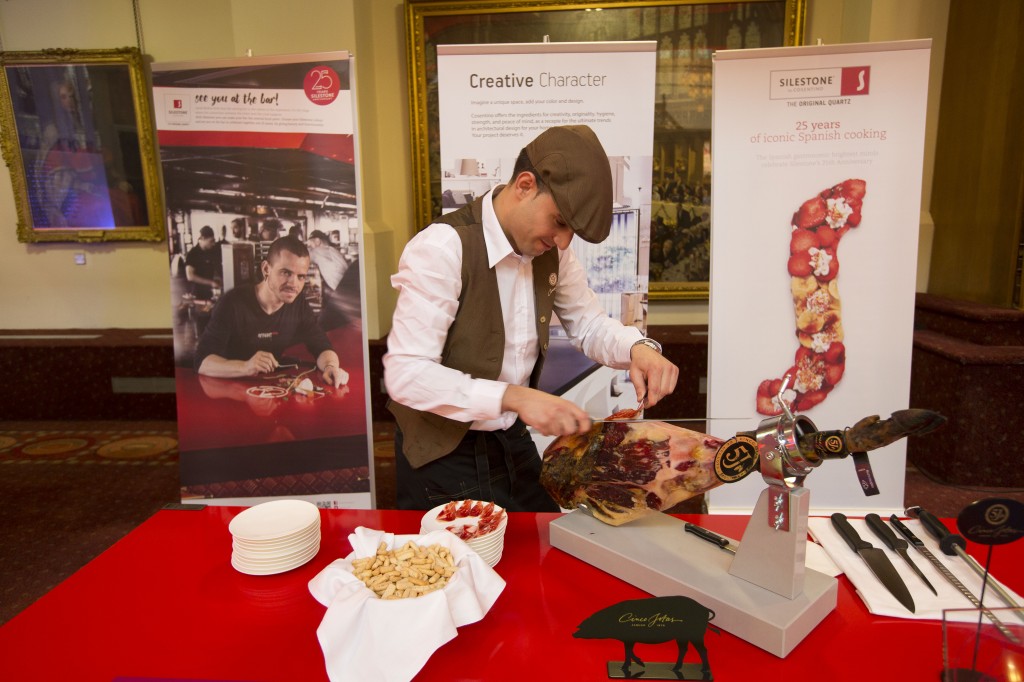 This is the fifth consecutive year in which Cosentino Group and its products are part of one of the most important events worldwide, held for the international haute cuisine sector. For this reason, the event was attended by the most important and influential chefs in the world, other professionals in the food sector and major international media.

Silestone® supports another edition of the list of “The World’s 50 Best Restaurants 2015” in a very significant year for the company, since it is celebrating the 25th anniversary of its birth in 2015. To mark this anniversary, Cosentino Group is developing various commemorative activities around the world.

PR_50 Best One To Watch Award Sponsored by Silestone