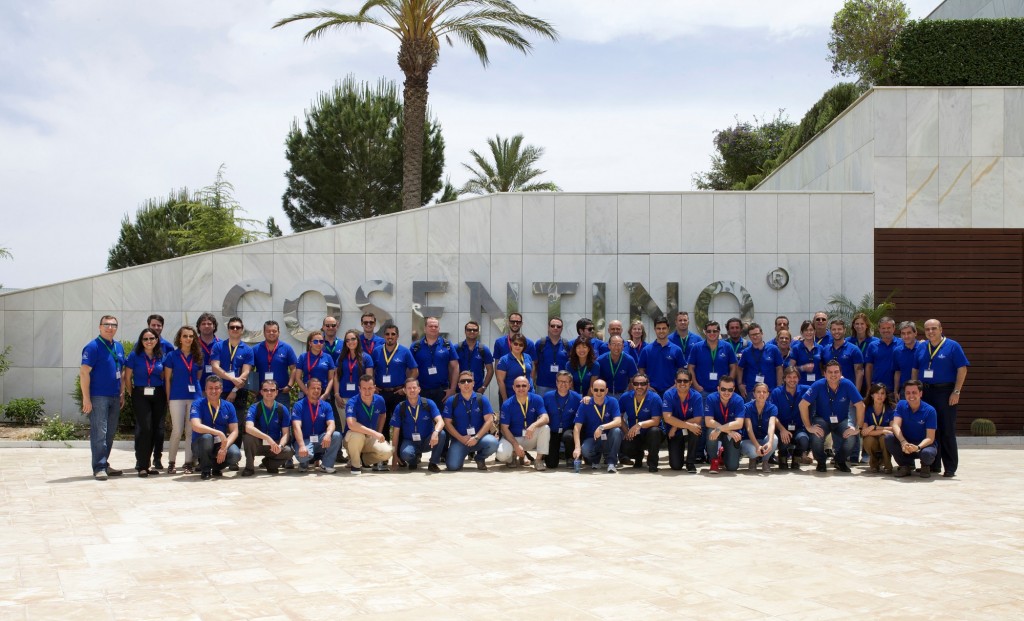 From yesterday, Thursday, and until next Sunday, 31 May, Cosentino Group, world leader in the production and distribution of innovative surfaces for architecture and design, is celebrating its 11th Latin American Distributors Convention. Held in Almería, this meeting, entitled Latam Summit ’15 (#CosentinoLS15), will bring together over 40 Cosentino customers and distributors from 14 countries, such as Argentina, Chile, Peru, Colombia, Uruguay, Guatemala, Ecuador, Venezuela and Brazil, among others.

The meeting, once again in Almeria, will be held at Cosentino’s facilities in Cantoria as well as the city of Mojácar. Its aim is to convey to those attending, via various training sessions, the company’s annual strategies and most important new elements with regard to sales, marketing and products.

This year’s meeting is complemented by a new edition of the “Cosentino Architectural Tour” for 19 architects from six Latin American countries and consists of a personalised visit to the multinational’s factories and quarries in the region. The tour, starting on Sunday 31 and ending on the following Wednesday in the city of Granada, stems from the recognition that architects can be the influencers and promoters of building materials in different Latin American countries, in particular in Brazil.

The Convention reflects the well-consolidated presence of the Spanish company in South America where it currently has nine Cosentino Centers, eight in Brazil and one in Mexico.  It also has an extensive network of distributors located in the main countries and capitals of the region, and its subsidiary, Cosentino Latina, based in the Brazilian city of Vitoria, makes it one of today’s leading Brazilian exporters of granite.