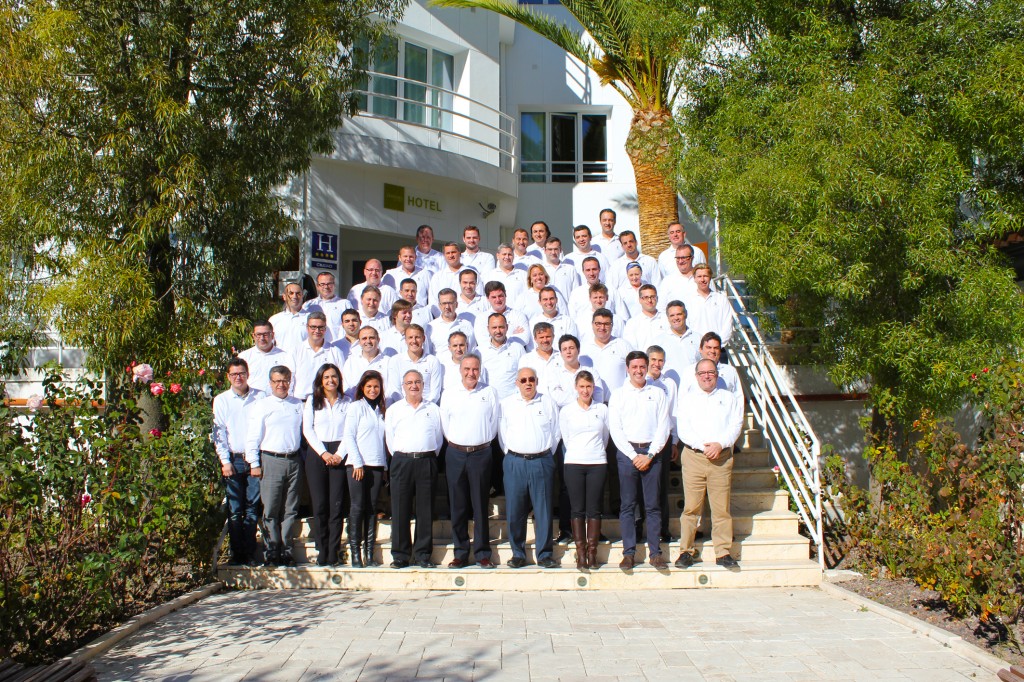 Cosentino Group has brought together top management on 3 and 4 December in its headquarters in Cantoria (Almería) in order to discuss growth objectives and its strategic plan for 2013-2015. Under the corporate slogan “Imagine & Anticipate”, this important date for the multinational from Almeria has assembled 52 executives from 17 different countries.

The multinational Cosentino Group forecasts a turnover of more than 650 million euros in 2015 as a result of commercial development, in 2013 and 2014, of its new product the ultracompact surface Dekton® by Cosentino and owing to the consolidation and growth in new markets of the worldwide leader in quartz surfaces, Silestone® by Cosentino.

In terms of financial forecasts for 2012, the company envisages the figure of 420 million euros in total sales, always in Cosentino Group terms, of which 83% will correspond to international business.

These two intense days have served both to assess this year’s management indicators and how to progress in the guidelines for the Cosentino Group Strategic Business Plan 2013-2015. This plan reflects significant growth of business in geographical areas like USA, Europe, Brazil, Mexico, Australia and some Asian countries.

The forecasts with regards to Iberia (Spain and Portugal), which used to be Cosentino Group’s main market, shows a relatively sluggish pace of growth for the next year, however there will be encouraging improvement for the two subsequent years (2014-2015). 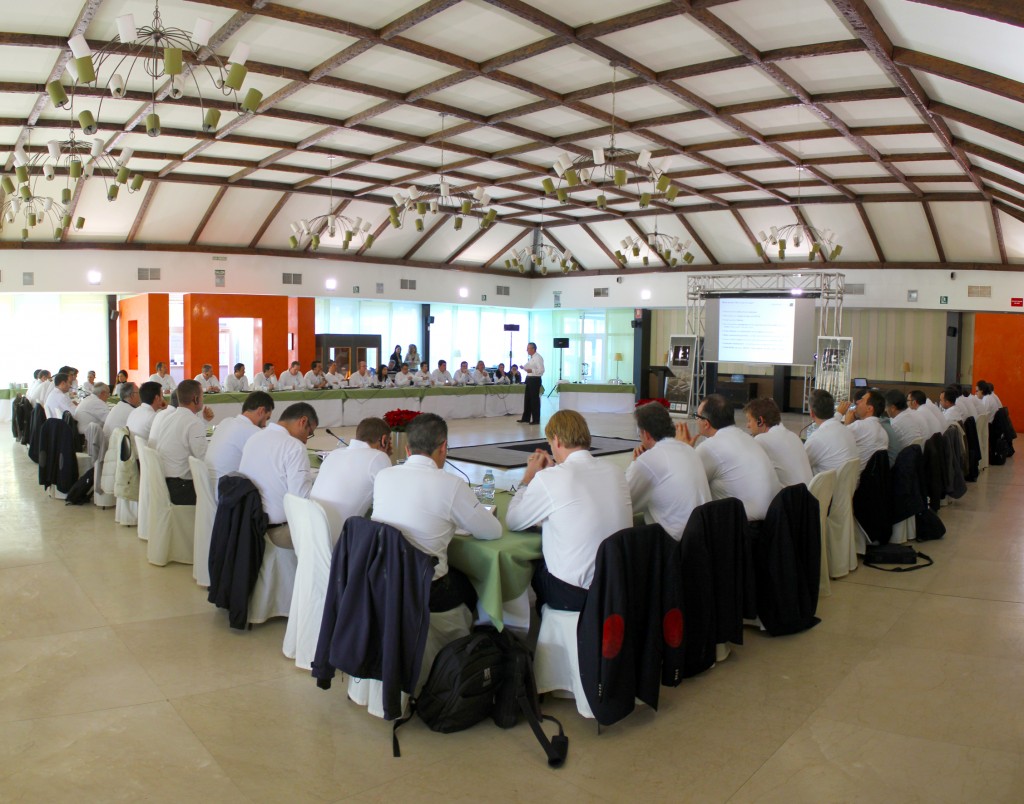 In his opening speech, the Chairman of Cosentino Group, Francisco Martínez-Cosentino Justo, revealed “the sustainable growth opportunity for the company, driven by new product innovation, the growth in the number of Cosentino Centers in the world, the ongoing commitment to health and safety of employees and the entire value chain, rewarding customer loyalty”.  Likewise, Martínez-Cosentino reminded that “Cosentino is carrying out one of the largest industrial investments in Spain, if not the largest, to introduce the product Dekton® by Cosentino in the market during the first part of 2013”.

The first day concluded with the entire group visiting the new plant which will manufacture Dekton®, the presentation of the various reports prepared by the heads of each of the continental markets, and the respective presentations by managers in the areas of strategy, finance, operations, logistics, R&D, product, marketing, corporate or legal school, among others.

The second day of this strategic meeting featured presentations by two experts in the areas of innovation and cooperative intelligence (crowdsourcing), Juan Carrión and Alvaro San Martín. As a final activity, the Cosentino management team reviewed the mission statement and vision to update it in keeping with the strategic challenges of the coming years.