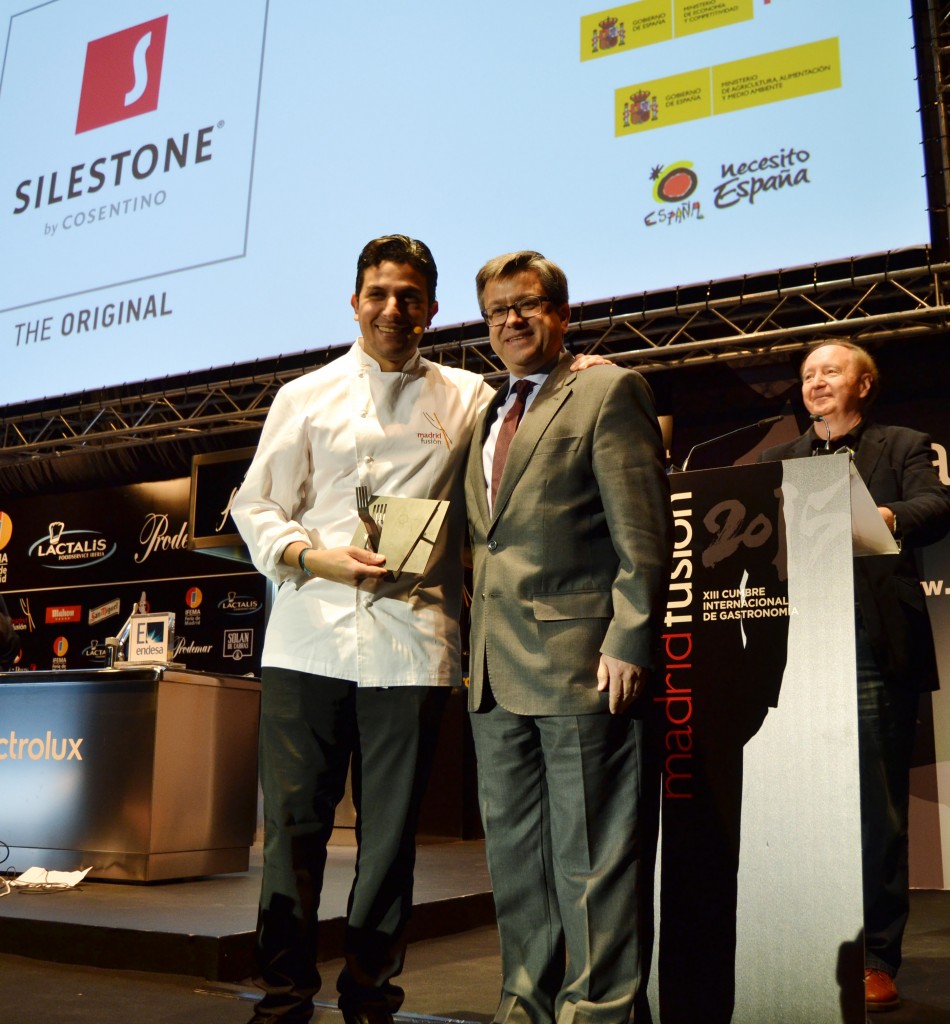 Silestone® by Cosentino collaborates once again with Madrid Fusión, the international gastronomic summit to be held at the Palacio Municipal de Congresos in Madrid, from the 2nd to the 4th of February, 2015.

Silestone® plays an important role sponsoring the “Chef of the Year in Europe” Award, this year won by the French chef Akrame Benallal. This promising, young French haute cuisine chef has two Michelin stars – awarded in less than three years – for his restaurant Akrame in Paris, where his harmonious avant-garde cuisine delights and offers different sensations. This recognition is a reflection of his achievements in 2014 and consolidates his work within the framework of European cuisine. The award was presented by Santiago Alfonso, Director of Marketing and Communications for Cosentino Group. 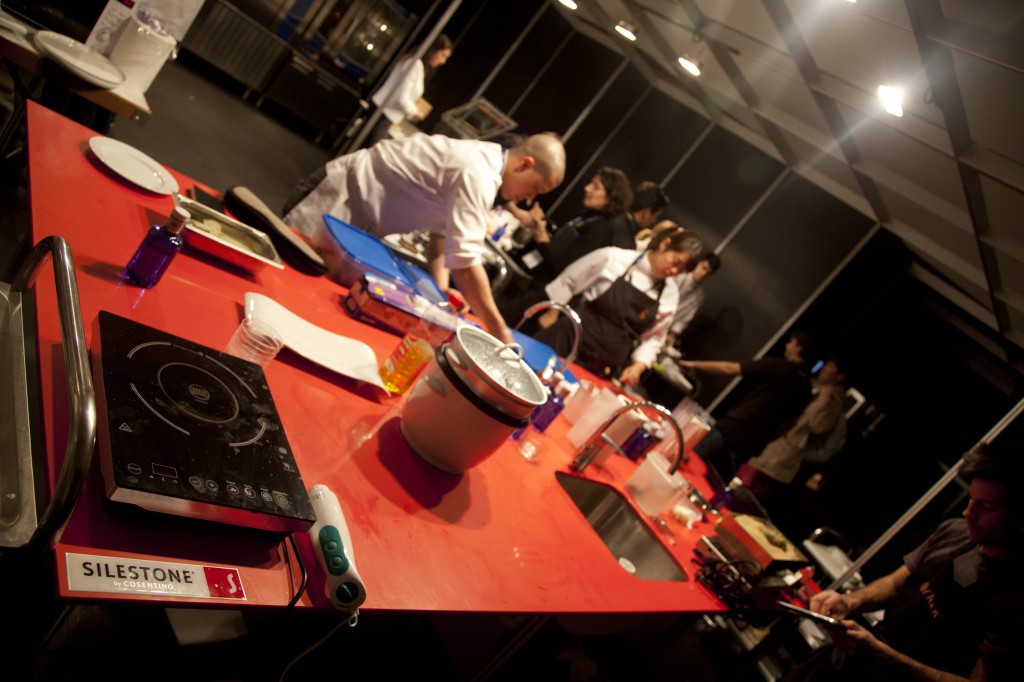 Silestone® returns to Madrid Fusión to grace two of its most important stages. Some ten Silestone® worktops, in naranja cool (orange), azul enjoy (blue), magenta energy, rojo vital (red) and verde fun (green), have been used for the backstage areas of the main auditorium and the famous multi-purpose hall where the chefs cook and take part in live cooking demonstrations. Silestone® brings colour, elegance and design to each space, as well as being resistant and hygienic. Silestone®’s excellent properties and characteristics, such as its exclusive bacteriostatic property, make it the perfect material to be part of, once again, this unmissable event for the gastronomy sector. With its presence at Madrid Fusión 2015, Silestone® is back with the best, thus consolidating its global leadership.

The 13th edition of Madrid Fusión revolves around the theme “Travelling Cuisines. An Adventure through Knowledge” and will feature more than one hundred chefs from twelve different countries. This year’s guest country is China, home of the world’s culinary culture, and this year’s guest city is Helsinki, Europe’s latest great culinary destination. Madrid Fusión also includes the “Taste Spain” programme, dedicated to traditional cooking and will enjoy the participation of the greats of Spanish cuisine.