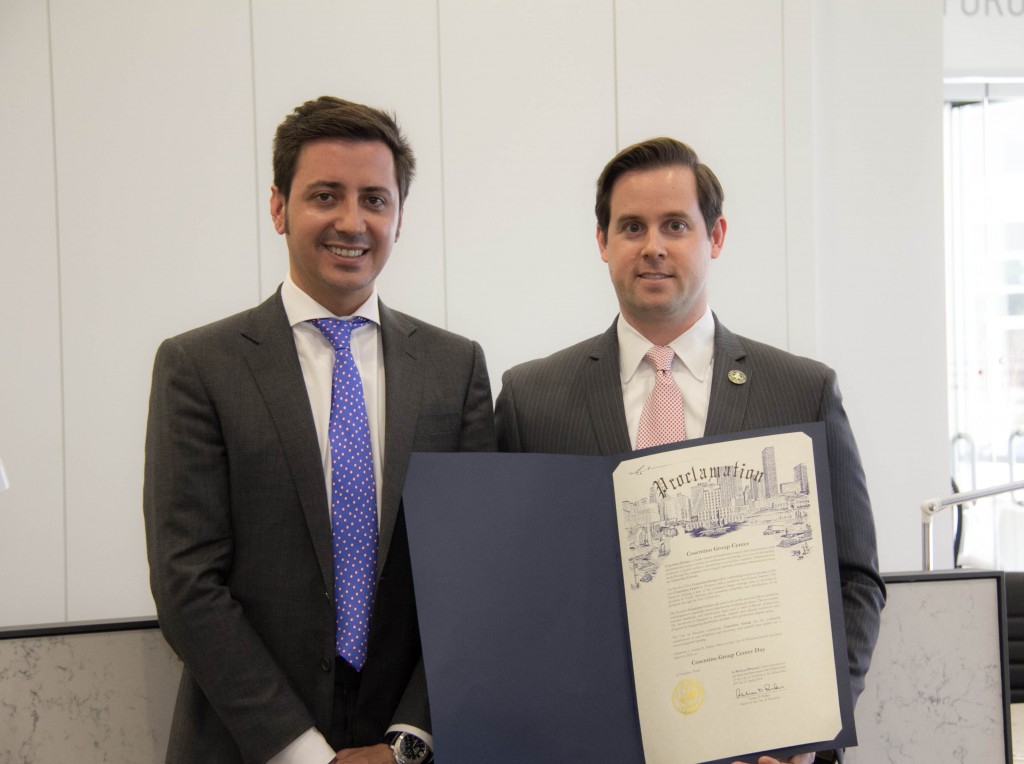 Cosentino Group, world leader in the production and distribution of innovative architecture and design surfaces, has been recognised by the city of Houston (Texas) for its “valuable contribution to employment and the economy of the city.”

The mayor of Houston, Annise D. Parker, has expressed this recognition declaring 6 March as Cosentino Group Center Day. This is one of the highest honours given locally in the U.S., and are only granted to organisations, significant or highly relevant institutions or people and for the city.

This unique event comes a week after the opening of the new Cosentino Center in Houston, a new facility in line with the expansion of Cosentino Centers, which Cosentino Group has been implementing worldwide over the years.

The representative of the mayor’s office, Chris Brown, visited the Houston Center this past Wednesday, 12 March to congratulate the Cosentino team, and hand them the official commemorative Proclamation. In the document, the mayor described the opening of this new facility in the city as “part of a broader and longer scheme to increase the presence of Cosentino Group nationwide, and to facilitate a better distribution of their products throughout the entire nation via the Port of Houston.” 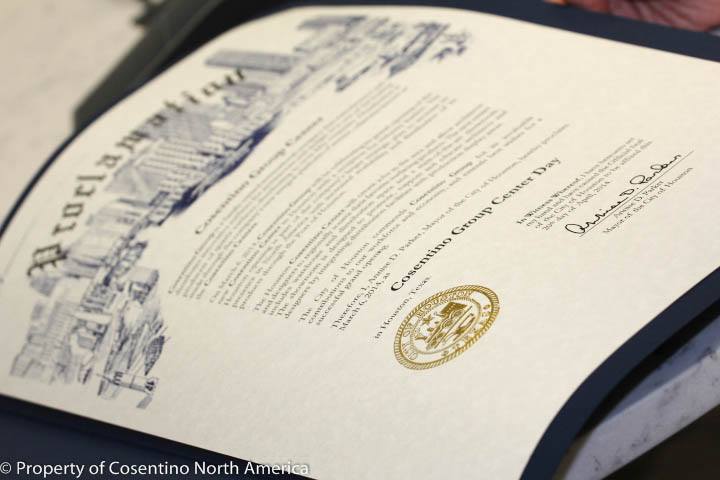 Likewise, the mayor noted that “the Center will create new jobs in the local community, and shall make the innovative Cosentino surfaces available to architects and designers in both a quick and easy manner”.

Cosentino Group settled in Houston in 1997 , and since then has had in Houston, its headquarters of the North American subsidiary, Cosentino North America. This market remains a priority for the company, with more than 700 employees and exceeding 55% of consolidated sales for the whole group in 2013.

Currently, Cosentino Group has more than 90 Centers located throughout the world, of which a large part is located in the United States. The company also has two logistics hubs or nodes, one at the port of Houston (Texas) and the other in Norfolk (Virginia), 8 wholesale distributors, and 14 fabrication factories around the country.

March 18, 2014 Categorised in: News
Previous article
Cosentino Group stands out at Eurocucina and the Milan Design Week 2014 with its technological surfaces Dekton® and Silestone®