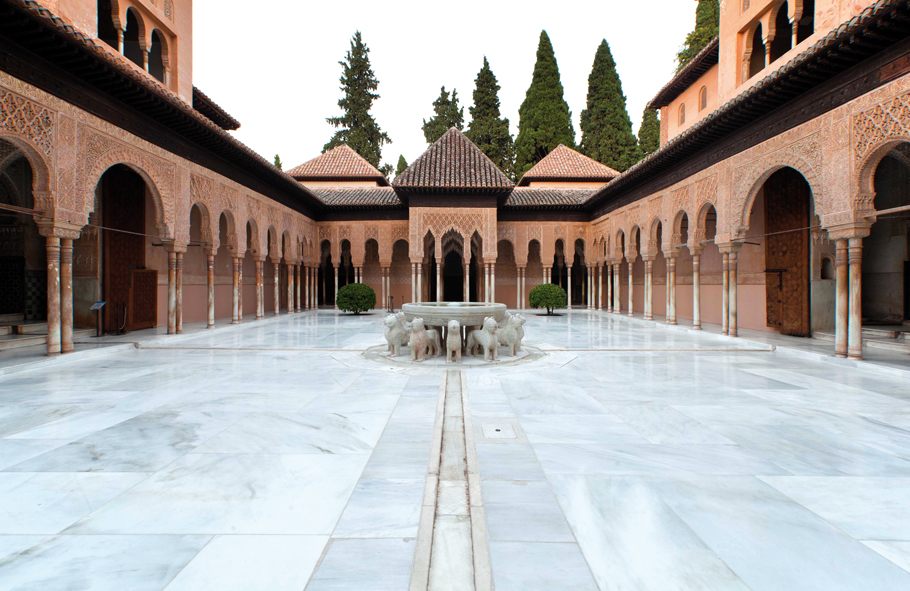 Cosentino Group has participated in one of the most important restoration projects in recent years on a global scale. El Patio de Los Leones is the most famous space in theAlhambraPalace-declared a World Heritage Site by UNESCO in 1984.

The restoration project of the most important legacy from the Nazrid dynasty, visited each year by almost three million people, has been completed with the recent paving jobs. The work commenced 10 years ago. The paving was designed by the architect Pedro Salmerón who carried out research on 14th century Arabic courtyards. Construcciones Otero was in charge of the work and put their faith in Cosentino as the best supplier of the typology, specifications and work relating to white marble required for restoration projects. Likewise, the company Cuellar Arquitectura del Mármol has carried out several special projects giving the tiles a unique appearance for the restoration work. 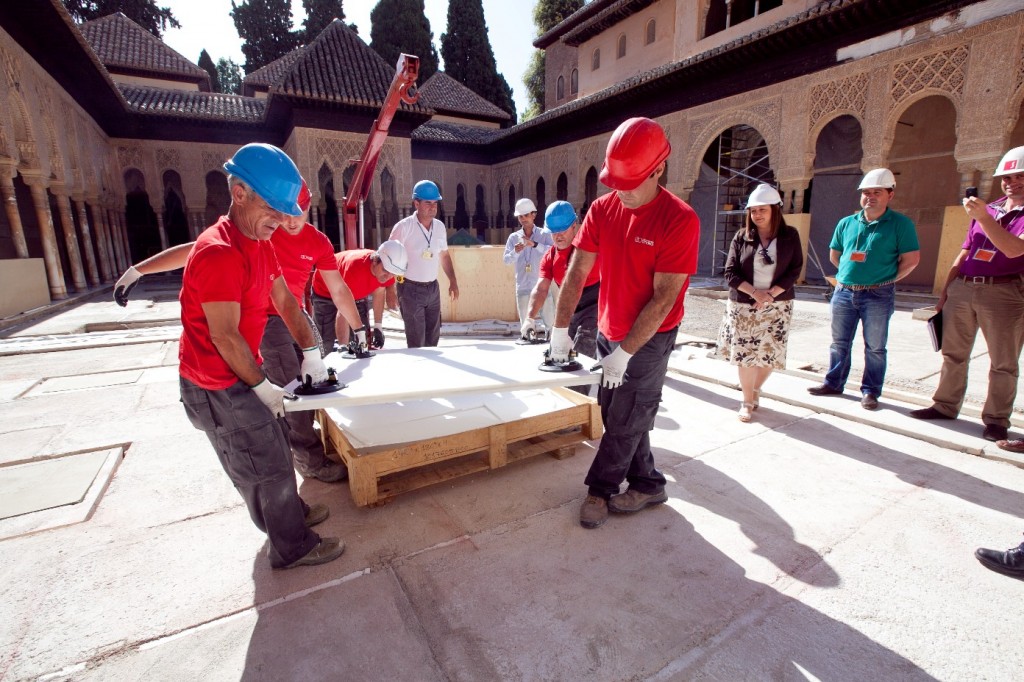 Since 1987, when the last intervention in the Patio de losLeoneswas carried out and up until now, the floor of this space was covered with gravel and was being spread around the rest of the palace.

For conservation purposes this involved prohibiting access to the Patio de losLeones, which tourists could only see from a marked out area.

Substituting gravel for marble now allows visitors to go into the courtyard.

Work started last April with the exterior protection of the fountain and by cutting off the water supply. Meanwhile, Cosentino prepared different samples and previous work with Blanco Macael marble, mainly a series of 4 centimetre thick sawed blocks and several slabs with buffed and brushed finishes.  The specific requirements established by the head architect and the Patronage of theAlhambrafor this unique space with regard to slab formats, finish, grains and shades of white, has involved substantial groundwork in terms of both the material extracted from the Cosentino quarries and in the workshops. 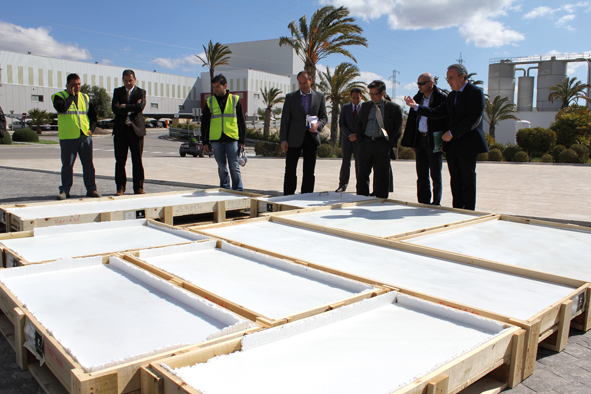 The floor laying work has had the support from a cutting-edge specialist team with instruments for recording and analysing, a weather station to assess the patterns of the property in the microclimate of the place, and an advanced security system.

The paving began in mid-May with the laying of the marble slab, weighing 156 kilos, in the first quadrant. The above work has been developed under a grid framework, divided into the four main areas of space. El Patio de losLeonescovers a rectangular floor plan divided into 4 different parts. There is a gallery around the courtyard, which is narrower in the long corridors and wider in the larger corridors. There are two arbors at both ends, which permeate the rectangle that the courtyard outlines. The gallery is sustained by 124 white Macael marble columns, forming groups in the angles and in the corners of the 2 arbors.

A total of 250 pieces of marble were fitted for a surface of almost 400 square metres. All have different measurements and weights that vary between 50 and 400 kilos with characteristics especially designed for the space. Finally on 27 July the official reopening of the Patio took place. From this date onwards all those who visitGranadawill be able to access the space.

With this intervention, the idea is to restore the historical image of the courtyard conceived by Sultan Muhammad V in the 14th century as theNazariRoyalPalace. The first chroniclers of the time, such as Jerónimo Münzer, described the patio as a solid white marble courtyard.  Evidence shows that the original courtyard was also paved with natural stone extracted from the Los Filabres quarries and transported to the red Palace.

Now, five centuries later, the new pieces have reached theAlhambra, previously cut and treated by Cosentino. After the restoration of the lions, the fountain and the hydraulic system, the marble floor completes the refurbishment of the most famous courtyard of theAlhambraand one of the most beautiful spots in the world.