At this event, Jorge Lorenzo has shown his new official cap to the audience that will feature the Dekton® logo throughout the MotoGP season and worldwide promotional events that he will attend with Cosentino Group. 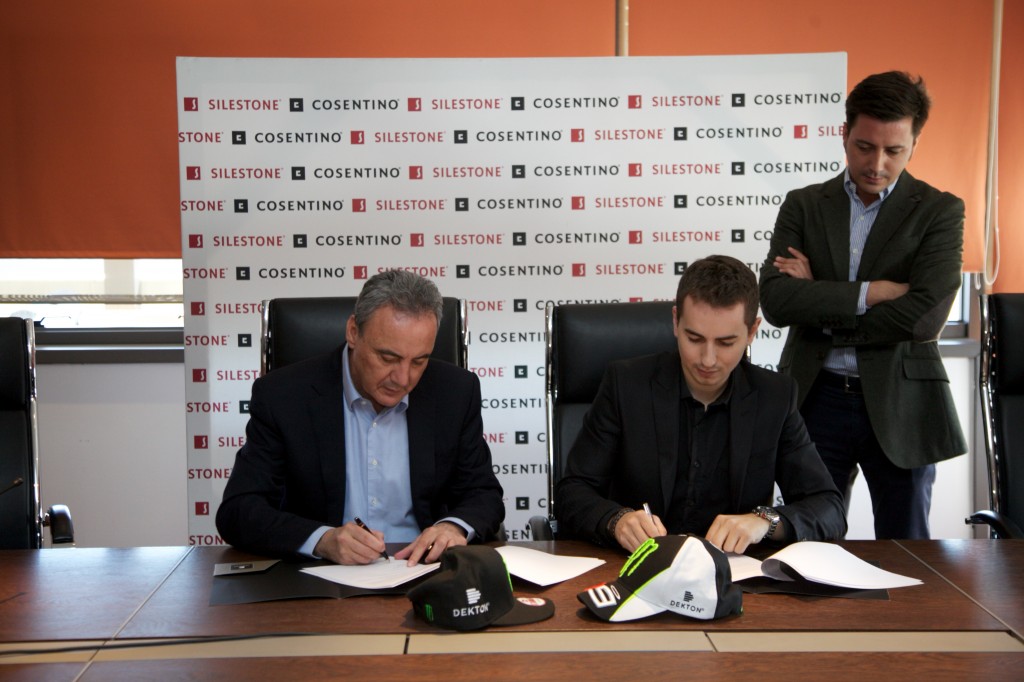 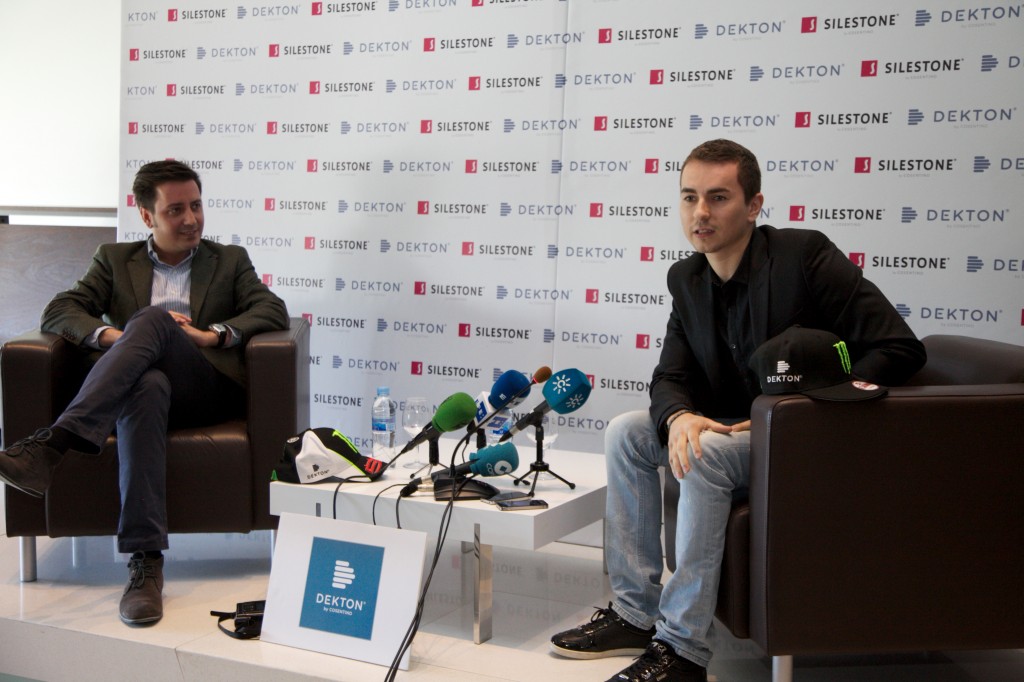 Jorge Lorenzo accompanied by Eduardo Martínez-Cosentino, Cosentino Group Commercial Director and CEO of Cosentino North America, visited the new installations where Dekton® by Cosentino will be manufactured. The surface is manufactured using an innovative technology called TSP (Technology of Sintered Particles), developed exclusively by the R&D department of Cosentino Group. The young athlete witnessed the Dekton® manufacturing process firsthand. This revolutionary technology completely synthesises innovative procedures from the most advanced technology industries. This evolution represents a technological and industrial leap capable of generating a new process resulting in a revolutionary material and a leading product.

Dekton® is without a doubt a technological and commercial challenge and embodies the commitment to the future of the global company. Cosentino Group has invested a total of 128 million euros and 22,000 hours of research to launch Dekton®, which will take place this year worldwide.

Dekton® by Cosentino is proof that you can still continue to innovate in the field of materials for the world of architecture and design. This is a completely revolutionary product that has superior technical features like zero porosity, no water absorption and high resistance to scratching, staining, abrasion, thermal shock and UV rays, allowing it to be applied in any climate and guaranteeing the stability of its colour.

With Dekton® Cosentino Group has managed to combine technological innovation and innovation in design, and achieve superior results in performance quality.

Cosentino Group’s economic investment of 128 million euros also includes the commissioning of a new Intelligent Logistics Platform that will be the centralised automated distribution centre. This new centre will improve the logistics and efficiency of Cosentino Group industrial park in Cantoria, Almeria, and it will improve communication, management and service with logistics hubs of the group, with over 70 Cosentino Centers located throughout the world, and all Cosentino Group customers. The shipment of Silestone®, Eco® by Cosentino and Dekton® by Cosentino will be organised from this platform to all markets where the company operates.