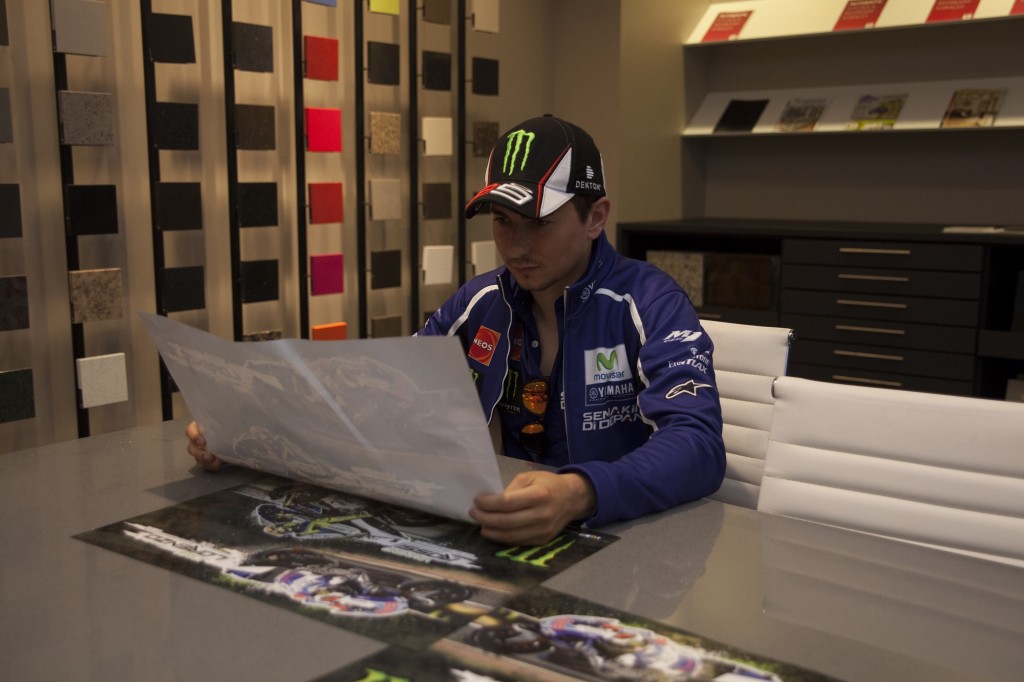 The two-time MotoGP champion Jorge Lorenzo has visited the Cosentino Center facilities in Austin, Texas, where he had an exclusive meeting with Cosentino’s customers and staff working for the Spanish multinational company. These installations make up one of the more than 30 facilities of this type currently owned by Cosentino in North America, and are located close to the circuit where this Sunday’s Grand Prix of the Americas will take place. 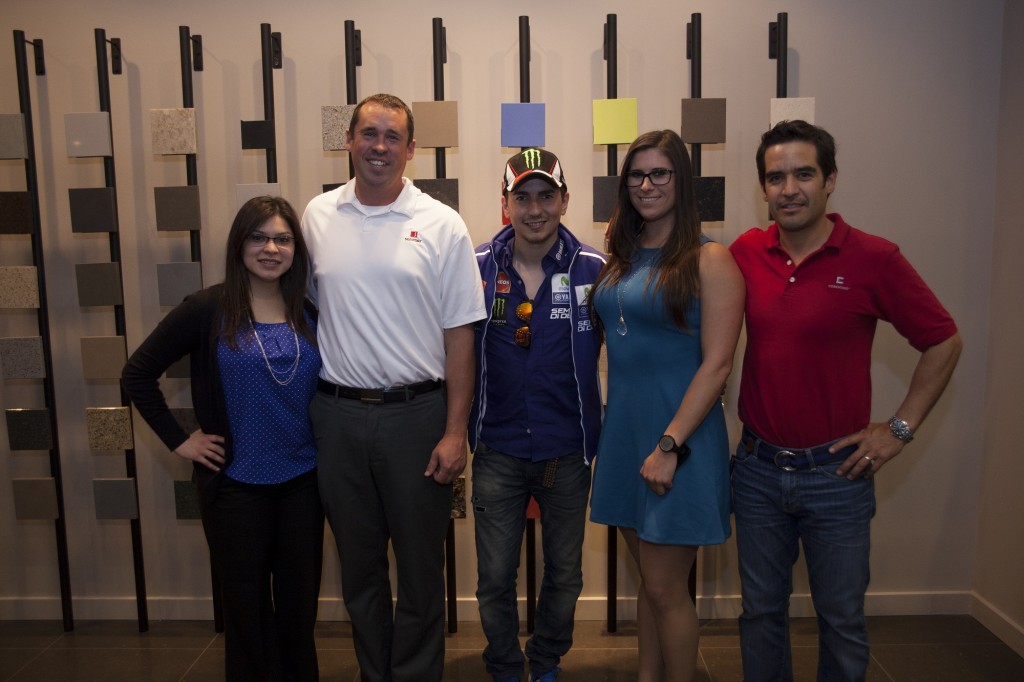 The visit forms part of the personal sponsorship agreement that Dekton® enjoys with Jorge Lorenzo, which will continue throughout the current 2014 season.  The Dekton® logo will be visible this year on the Majorcan rider’s official cap, which has been given a new look. Lorenzo will likewise also take part in some events to promote the Spanish multinational company.

Dekton® is a brand that is synonymous with a revolutionary category of surfaces for architecture and interior design, as the result of significant financial investment on the part of Cosentino Group, along with more than 22,000 hours of research and development.  It is precisely this unique blend of trailblazing and revolutionary qualities that once again re-unites the paths of Jorge Lorenzo and Dekton®. 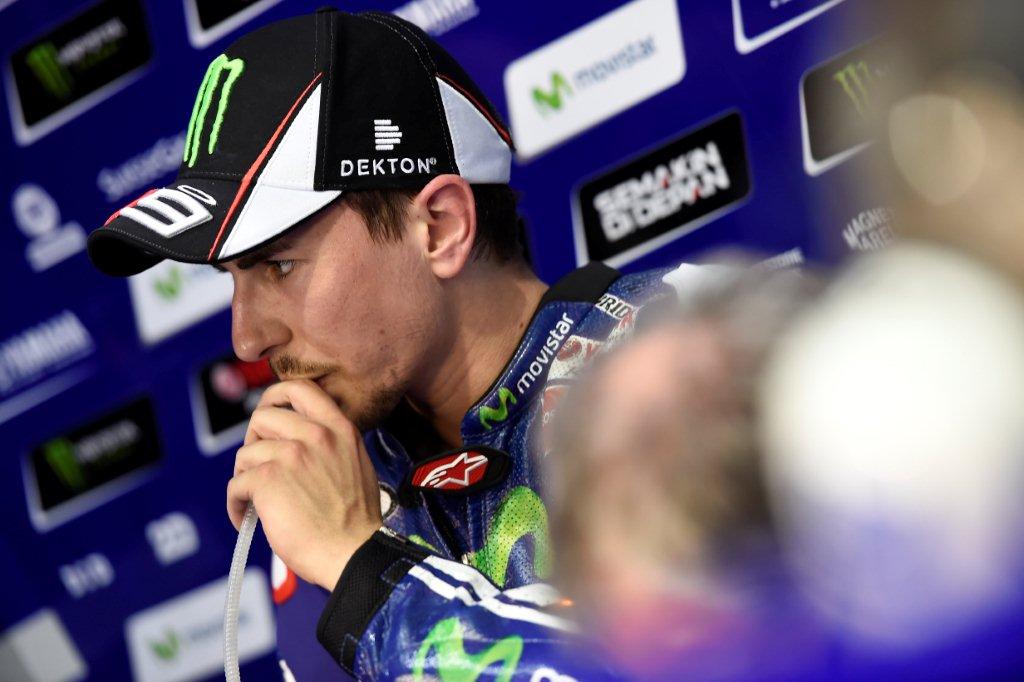 For Santiago Alfonso, Cosentino Group’s Director of Communication and Marketing, “it is a real honour to be able to accompany Jorge another year at the MotoGP World Championships.  Jorge Lorenzo is a leader both on a personal and a professional scale. Just as we have done with Dekton®, Jorge has likewise also opted to grow, and become a trailblazer; unique and one of a kind”.