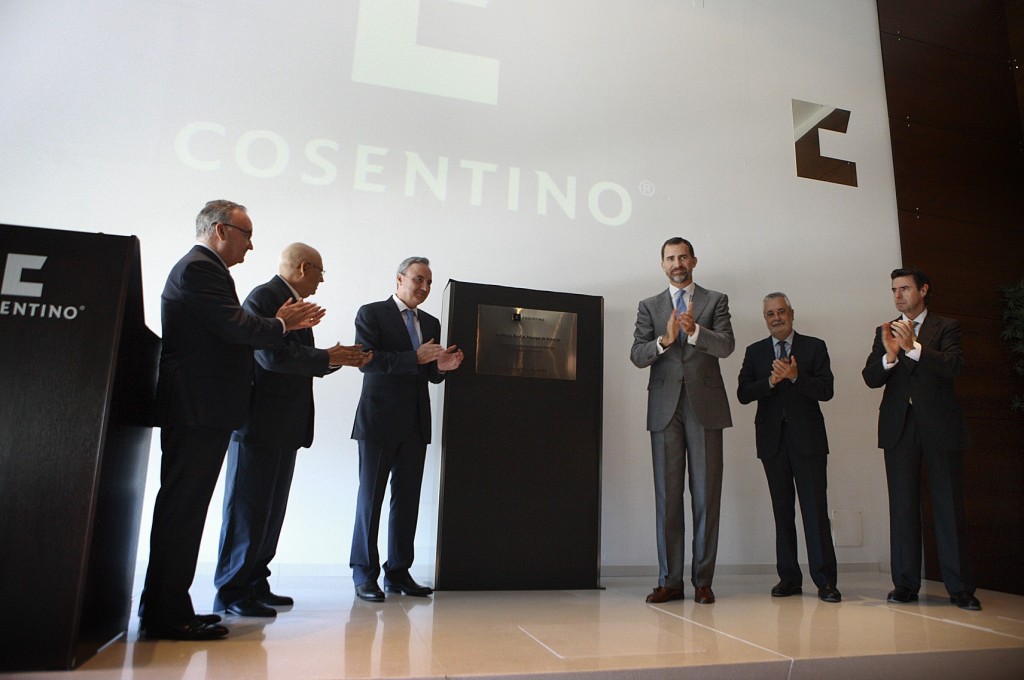 Today His Royal Highness the Prince of Asturias presided over the opening ceremony of the new Cosentino Group industrial plant. The multinational is a global leader in the production and distribution of innovative surfaces for the world of architecture and design and it will manufacture Dekton® in this new plant.

The Dekton® by Cosentino plant has been a technological challenge and it is one of the largest industrial investments made in Spain in recent years. Currently it boasts a 70,000m2 extension and a production line. In the future, 3 further lines may be added, which will bring the total surface area to 200,000m2 and total production capacity will reach 6,000 slabs per day.

Dekton® is the new ultra-compact surface developed by the Spanish global company. It creates a revolutionary product within its sector and was developed to be the global market leader of surfaces for architecture and design. This groundbreaking product is the result of more than five years of intensive work, a financial investment of 128 million euros and 22,000 hours of research by the Cosentino Group R&D department.

The opening ceremony and subsequent site visit to the Cosentino facilities, was also attended by the Minister of Industry, José Manuel Soria, on behalf of the Spanish Government, the President of the Junta de Andalucía,  José Antonio Griñán and the Andalucía Minister of Economy and Innovation, Antonio Ávila, including other regional and local authorities. The Cosentino Group Chairman, Francisco Martínez-Cosentino and the other members of the company’s Board of Directors, accompanied them at all times.

During the Dekton® plant tour, HRH the Prince of Asturias and the other authorities could see firsthand the unique manufacturing process, including the exclusive Technology of Sintered Particles (TSP), as well as the revolutionary features of this new product. His Highness greeted and chatted with factory workers throughout the tour.

In words of His Royal Highness, Cosentino Group “is a company to be proud of, for Almeria, for Andalucia and for Spain. The success and the compromise of this company, unite exemplary characteristics”. HRH showed his joy for “visiting today the headquarters of Cosentino due to the launch of Dekton®, result of a clear R+D approach of this internationally leading company”.

This new production plant is part of the expansion of the Cosentino Group industrial park in Almeria, which adds additional 580,000m2 to the existing surface area, now totalling more than one million square metres. The new extension includes a new automated intelligent logistics platform, globally unique within the stone industry.

According to Francisco Martínez-Cosentino, Cosentino Group Chairman, “this opening, just like our other investments only further reaffirm our commitment to the region and Spain. We continue to develop innovative with high added value and create jobs here, with the aim of selling abroad and consolidating our international leadership.  It is an honour and pride for all of us that this commitment is endorsed with the presence here today of His Royal Highness The Prince of Asturias, the Minister of Industry and other authorities. ” 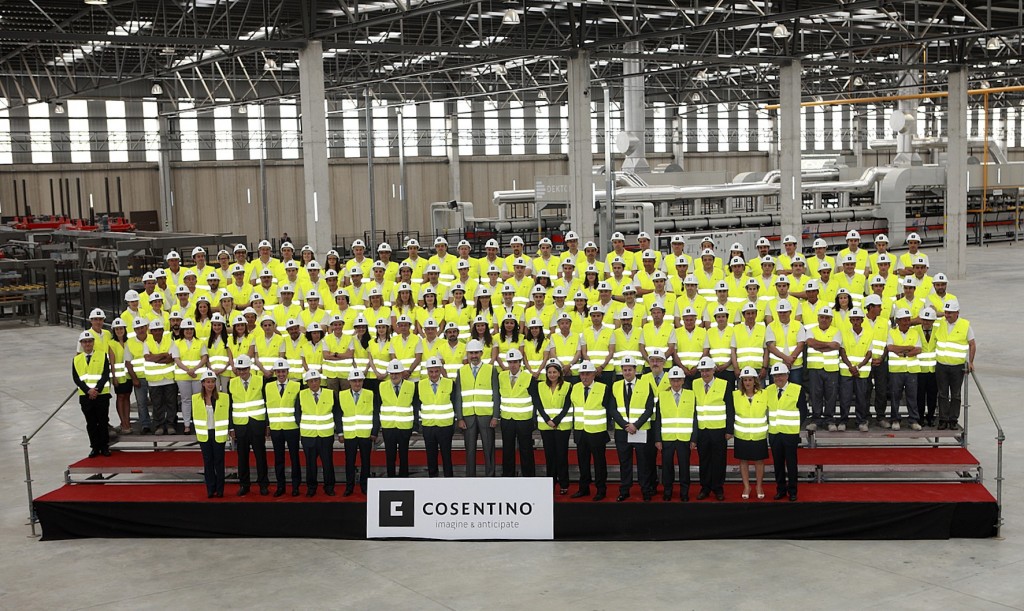 Currently, Cosentino Group distributes its products to more than 60 countries, directly managing, from its headquarters in Spain, its facilities and infrastructures in 17 countries. It has more than 70 comprehensive distribution and service platforms called Cosentino Centers, distributed around the world and more than 85% of its revenue derives from international markets. The company employs 2,300 workers of which 1,140 are in Spain.