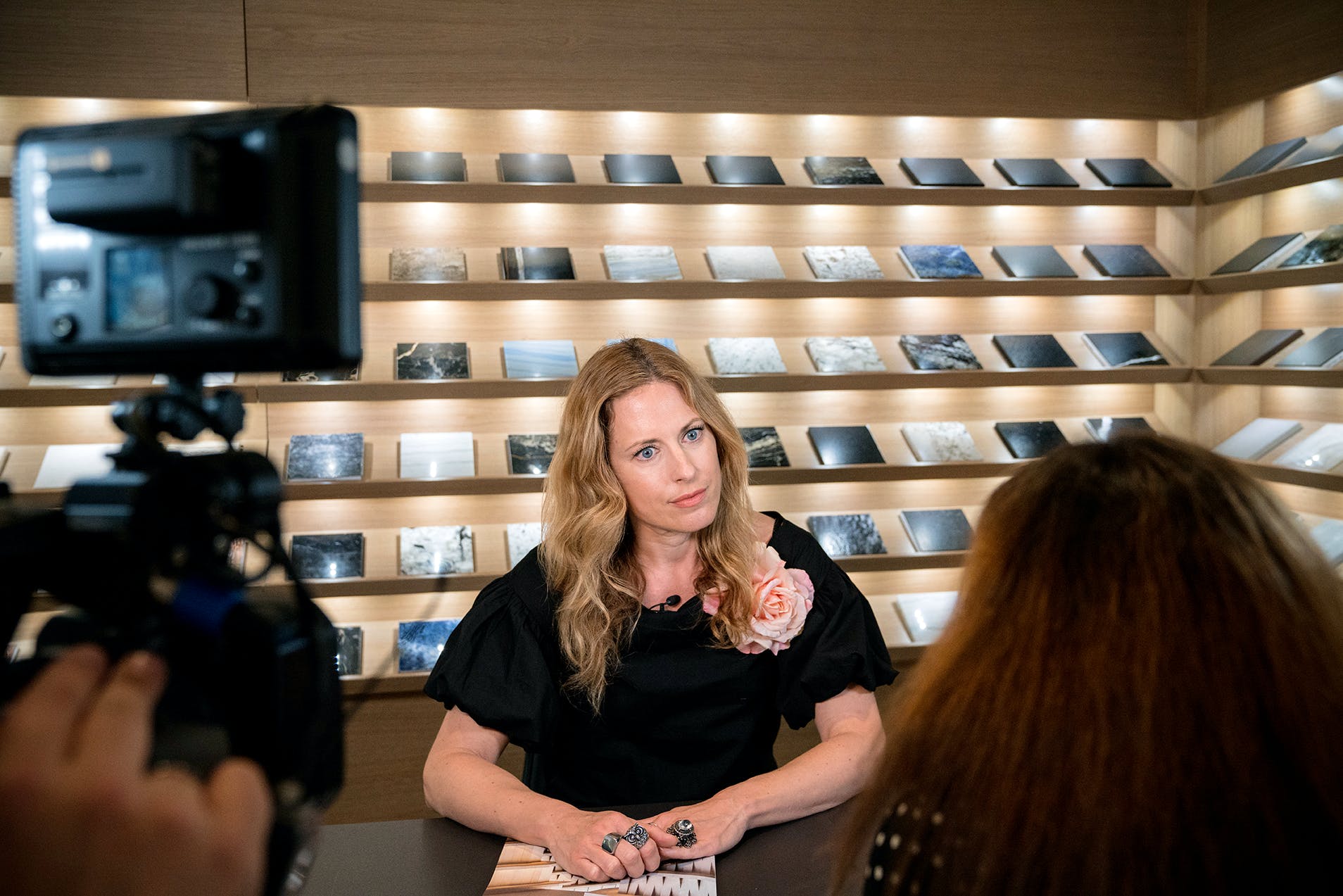 https://youtu.be/ObRP0FUyKSo 1. What is the first material, the first spark to start designing a product? What path do you follow in your creative process? For me it is very important who I am working for, because I am of course an industrial designer, so the product is always a combination of your philosophy and philosophy of the company. So the initial brief always comes from the company. Then it depends whether the company has its own material that it works with, if this is the case, then you concentrate on that material, and you work with that material. Then you have companies that don't have their own technology, and in cases like that you start from different points. But it's always combination of the material, for me the innovation in the material is very important, so is how to use the existing techniques in a new way. And then of course it is just the combination of the function, the appearance, the colours, etc. But it really depends on each product, always it's different. 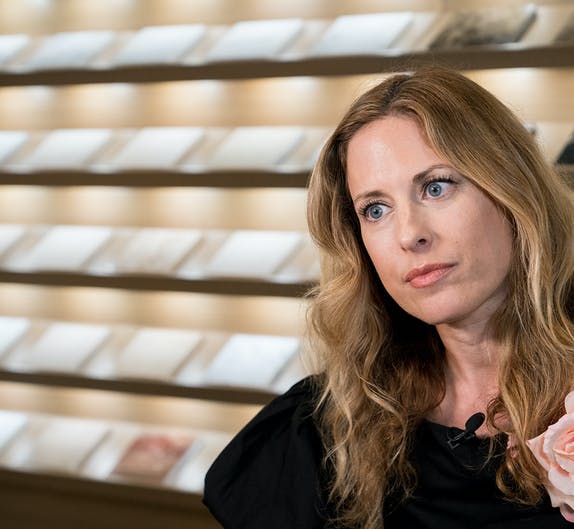 2. The objects you design transport the end user into a kind of theatrical stage. Is there a theatre or film influence in the way you approach design? What influenced you most to define your designs? I think today design has a very strong language. So of course, design has to be smart, it has to be functional; it has to be smart in the sense of the use of the technology. But then again it has a very strong story value, so you can tell things through the design and this is something that I am very interested in. So, I wouldn't say, of course I love theatre, I love books, I love many different things, but I am not directly influenced by these things. I am actually influenced by everyday life, by the things that happen around me, maybe by things that other people wouldn't notice, because they are ugly or not attractive enough. But all of this I somehow try to translate into giving new meaning through design, through an object. And this is where I would say sort of a drama happens, when you are really designing and you try to bring some sort of attention or some sort of a story to a certain object. 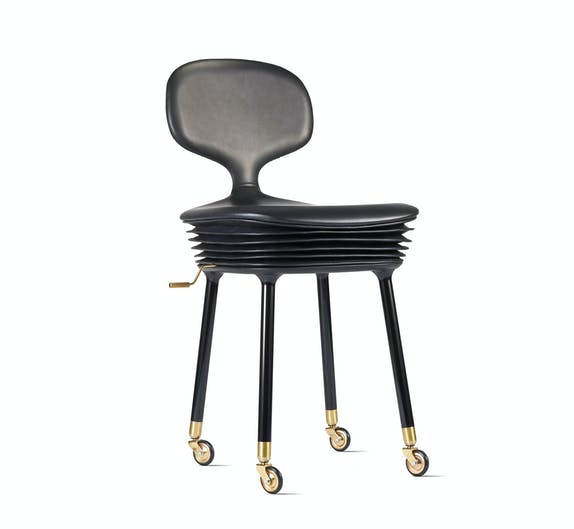 3. How do you achieve that many of your pieces at the same time look vintage and contemporary? ?How do you establish that dialogue between past and future and achieve that both are represented? It's hard to show, but for sure this is one of the things that I am really interested in and I always say, I am interested in timeless elegance, so I want to do pieces that don't seem to belong to a certain era, but could be from the past or from the future, or pieces that could be inherited. So, I don't really believe in style or in fashion or, you know, what's hot right now. I try to find sort of timeless elements, materials, colours, relationships between all of these things in order to create objects that don't belong to any special period of time, but which are new at the same time. So it's quite tricky, it's not that easy. 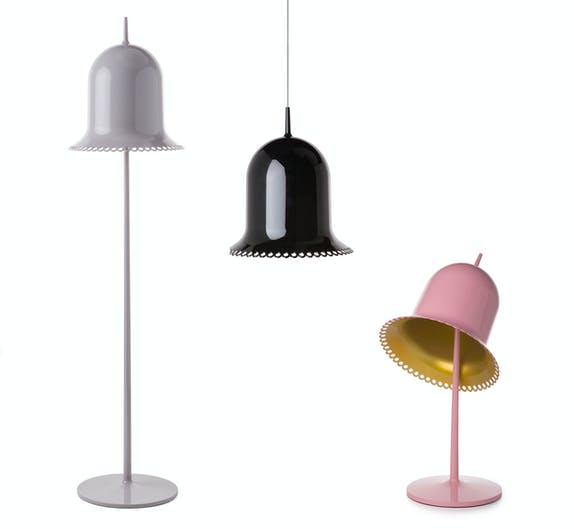 4. Tell us about the Lolita lamp you produced for Mooi, was it the first object you designed? Well it was one of the first objects, but for sure it was the first object that was mass-produced, so it was really important for me. And there is also a beautiful story behind it because it was a starting point in my career, and I was sending my projects, my renderings to different companies, I also knew about Mooi and I always felt that my objects would work very well in their collection, but I somehow didn't want to send the objects, so I just sent an invitation to Marcel Wanders, I didn't even have his email address, so I invented the email, I didn't know him, and I sent him an invitation to my exhibition in SaloneSatellite in Milano, and there was an image of a chair on this invitation, and he liked the chair, so he replied to me to this invitation that wasn't, you know, intended just for him, and this is how we started and he was interested in my work and I already had Lolita drawn and I sent it to him and it was a beautiful start of a beautiful relationship. I learnt a lot from Mooi, because I think Mooi is a wonderful company, in the sense of how on one hand, it shook the design scene in Italy a little bit, and on the other hand I think Mooi was, and still is, a very important platform for young designers, to give them the opportunity to carry out and to show off their work. 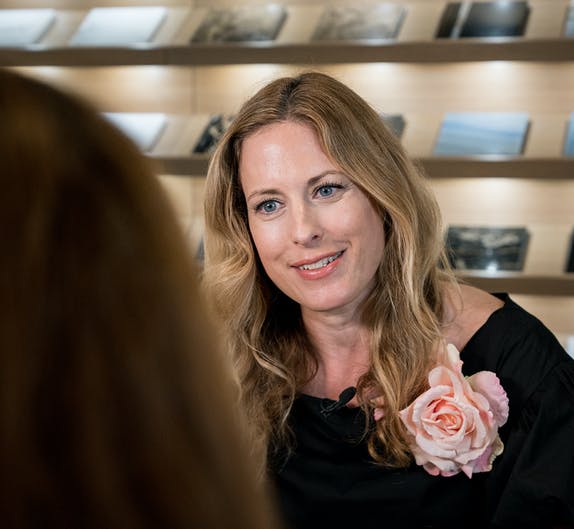 5. You introduce feminine aesthetic codes in your designs, and make strong statements with them. How relevant is this femininity to your work and what is your intention with it? It's a very interesting topic and also hard to answer very shortly, but for sure and may be very interesting, I try not to use the word femininity when it comes to my objects  (both laugh - I was avoiding feminism on purpose trying to introduce the subject softer) Yeah I was very soft for a certain time, but in the last few years I actually really started to speak about it, it's not about femininity, it's about feminism. And all those gestures like Lolita lamp and the ribbon chair they all look very lovely and very beautiful, but this was not the intention. The intention was to ask questions and for example when we did Lolita lamp with Mooi in 2007, the Lolita was introduced in pink, today or two years ago, pink was one of the most used colours in Milan. Ten years ago it was a risk to use that colour, like will this be taken seriously? Does it have too many meanings which we don't like or we don't take seriously? Also in the catalogue there was a headline "who's afraid of pink?" So we were trying to ask questions. And today when I see that pink is somehow liberated, it's not connected with a certain meaning anymore, it's genderless, I am somehow happy; because I see that I contributed to this movement. 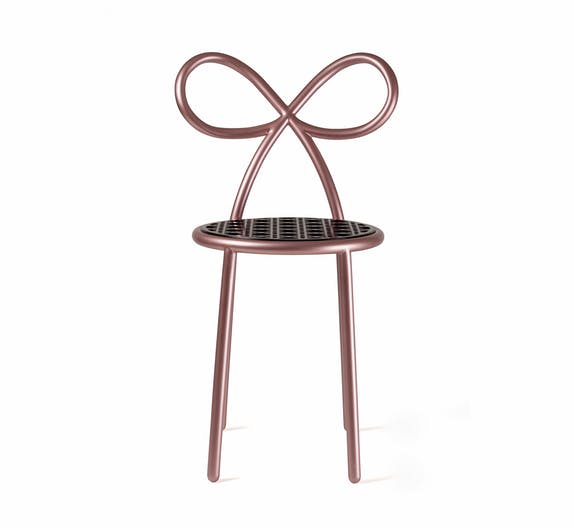 Then again also the ribbon chair, it was like a gesture, because there are certain elements which are like a taboo, certain aesthetic elements. And I sometimes, not always, like to play with these elements, so I like to take them out of the ghetto; it is sort of a ghetto, and to use them in such a way that you give them a new meaning. And of course design it's a boys club' and the rules in contemporary design were written in modernism, and it's very stiff still, so as I said before I think design has a very strong language and in certain projects, not in all, I try to address some of these themes, and on the other hand I wouldn't say they are more feminine, I would say they are more poetic. I think this is just an empty space waiting in the design for the people, but it does not matter whether they are young or old or female or male. For sure Lolita and the ribbon chair I can say they are feminist statements, really because they were done out of provocation, out of asking questions, out of trying to change certain perspectives. 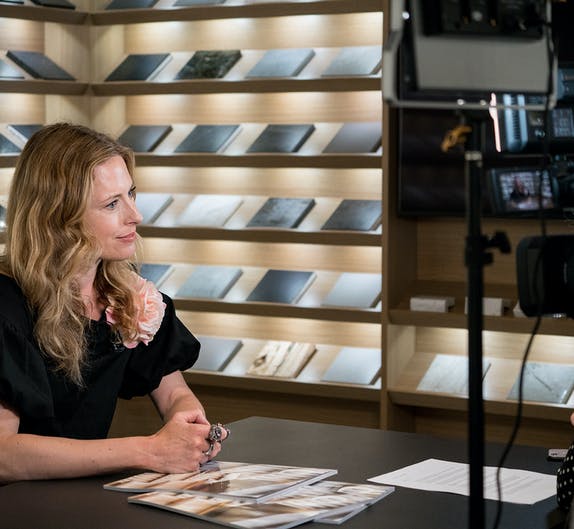 6. You just mentioned design is very much a "boys club". This year in Milan there was a big controversy due to the lack of women at the opening image of the Milan Design Week and the organizers apologized afterwards Just man in suits yes it was really nice because designers like Patricia Urquiola and Paola Navone they all published this image Yeah, I mean in a way it's hard to speak about that, because I think if you are good at what you do then it really doesn't matter, but of course I would say not the designers, the production companies are still very much the boys club and these are many times older generations that are ruling these companies, which are more rigid to new ideas to new ways. And it is sometimes interesting because now I see it's much easier to work with younger companies or with younger man. There you don't have this kind of problems, they are more open. So I think it's a question of time, and I think it is getting better and more open and that the gender is not an issue anymore in the design profession. 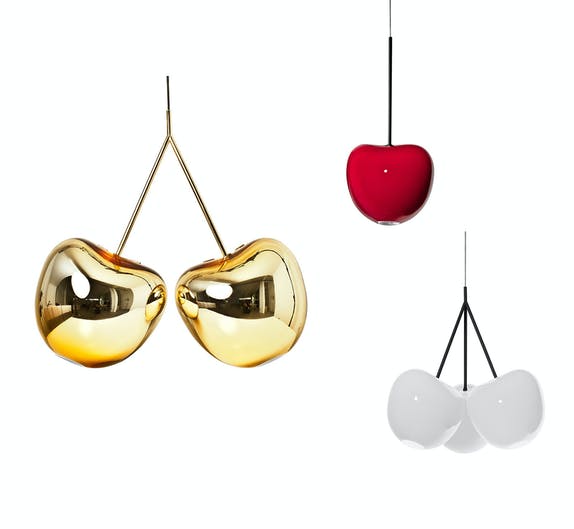 7. You have collaborated with very impressive names in the design scene. This past Milan Design Week you participated in Rossana Orlandi's exhibition Guiltless plastic. How did you approach the plastic and the lack of guilt? I was really happy that Rossana made this project. I think this is now the most important theme in the design. It's something that we should all be trying to answer; it's a very complex question. Basically, I think there are two ways, one is to really try to stop bring virgin plastics to the world, and the other one is to try to recycle or reuse what we have, but of course it's quite complex. 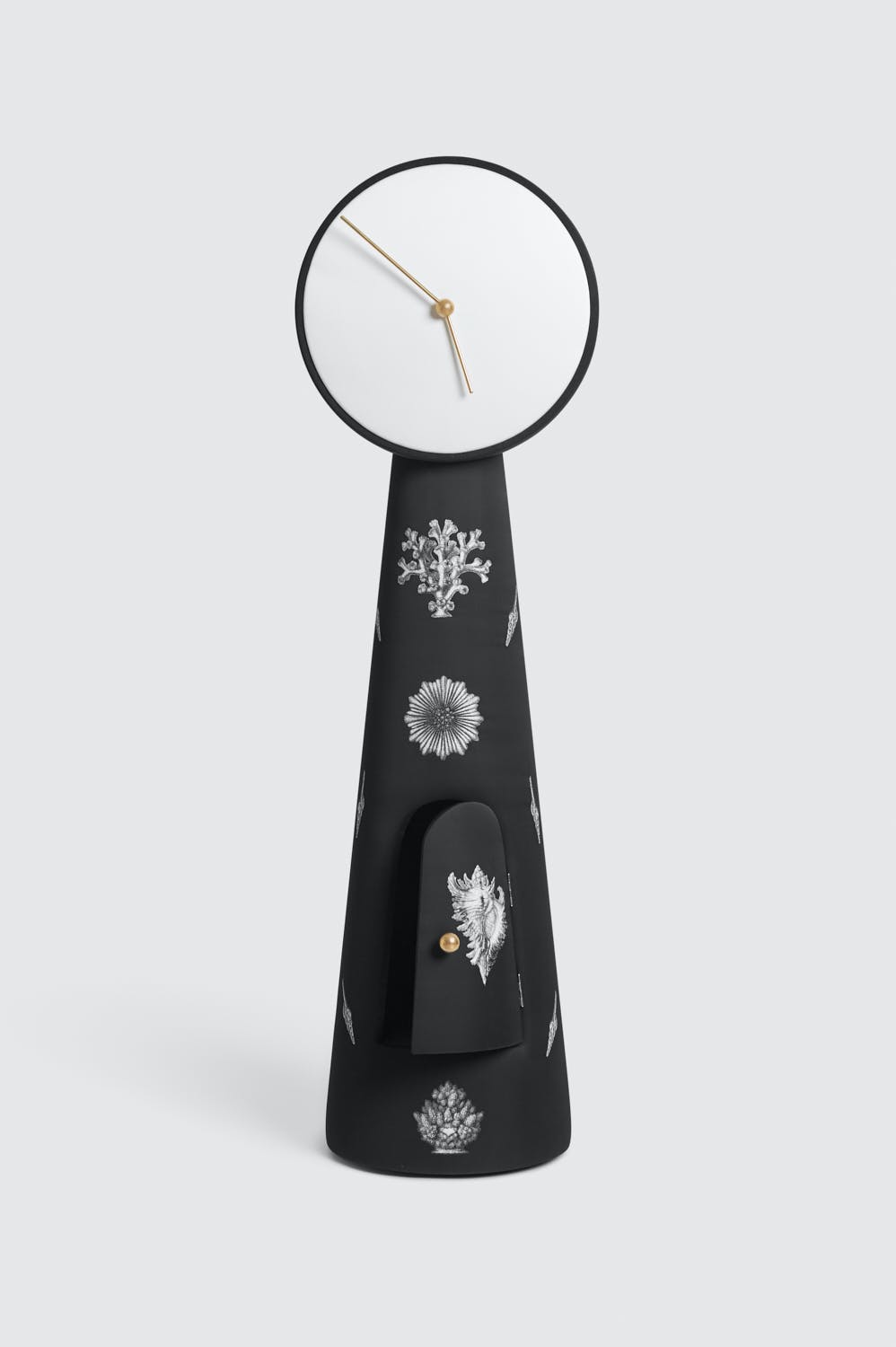 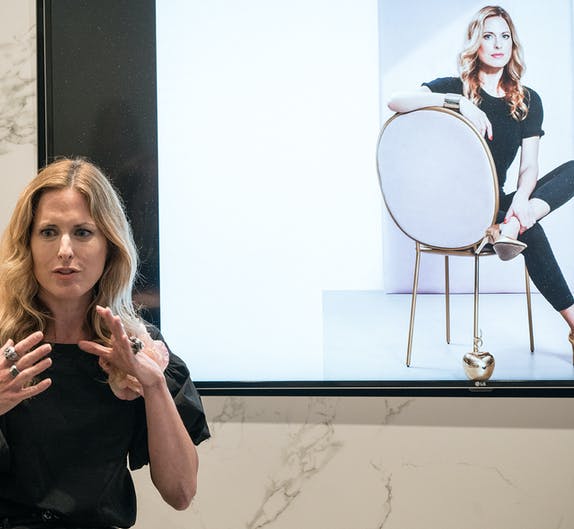 8. Do you find many differences when you work free for your own, versus when you work under an assignment from a company? It's completely different but I like, I prefer to work for the companies because I am really challenged when I need to work inside a lot of restrictions, so inside of a small box. So when you work with a company, you know it's predetermined, the financials, the use of the materials, so a lot of things and when you manage to be creative with all these borders and you do something good, it's really intriguing.  It is a little bit easier if you work for yourself, you can do whatever you want, nobody says no, so there is no struggle, and I think there sometimes this struggle is creative. 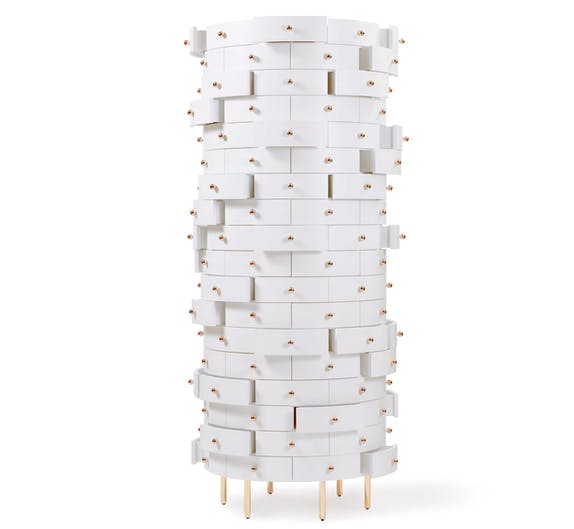 9. The same way Cosentino has a worldwide presence, from a small part of Andalusia, your work has international projection from the capital of Slovenia. Is in Ljubljana, where you find your inspiration? Yes, it is an interesting comparison. Ljubljana is really a convenient city for me to live, because I need a lot of nature to be creative. I love big cities, but like for fourteen days, for three weeks, then I need to go back. Ljubljana is a small city, but connected with nature, and it has a very interesting location, because in a radius of 500 km, you have Milano, you have Belgrade, you have Vienna, you have Mediterranean, you have the Alps, so you have this diversity, all these different influences, and I think for me it's really important. So there were times when I was thinking whether I should move, it's better to be in Milano, but in the end I think I am trapped, and I will stay there but of course work worldwide. And on the other side, we are neighbouring Italy and Italy is still the most important country when it comes to the production, and I can do everything with the car. I a way I am really hidden but really close by and I like this situation. 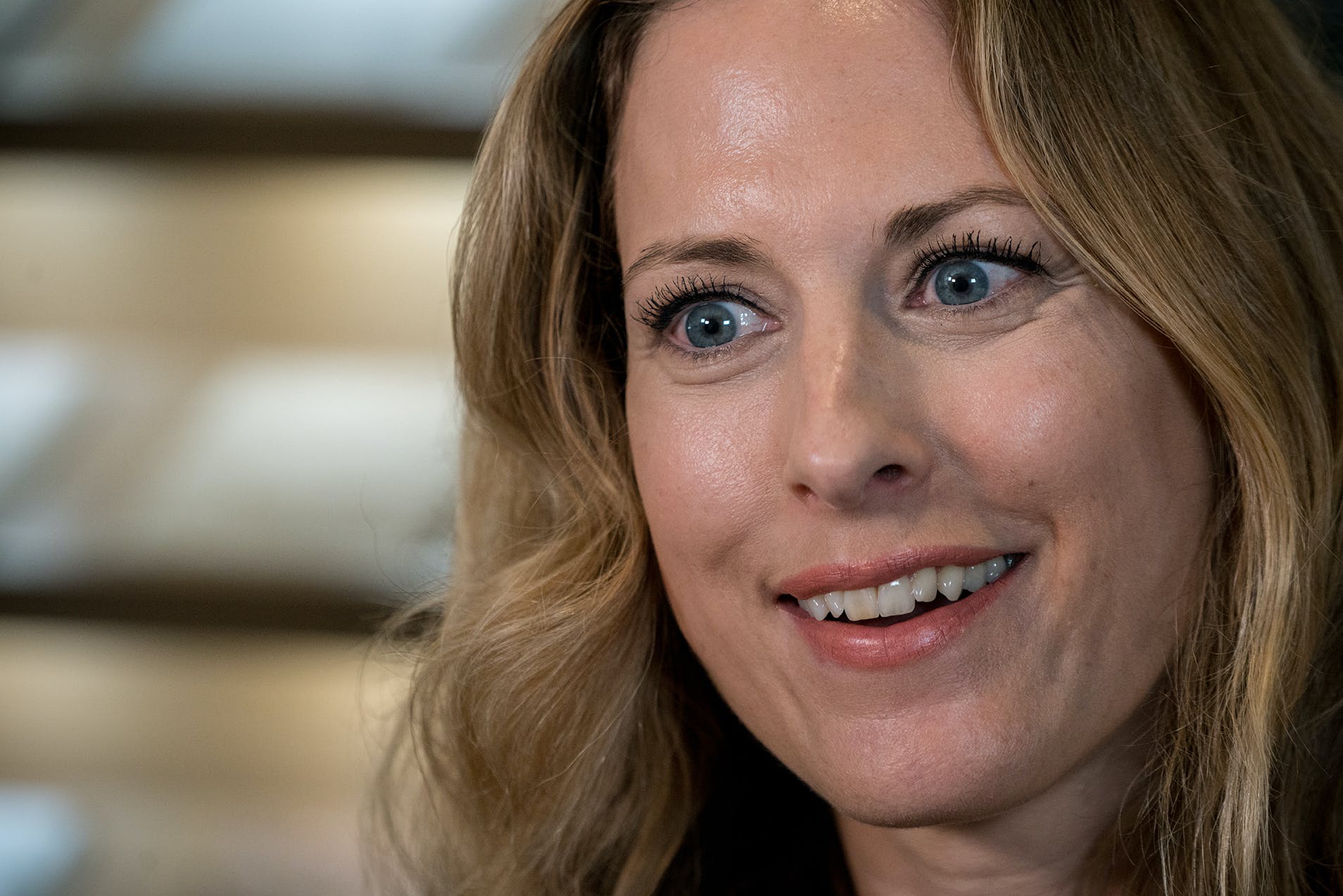 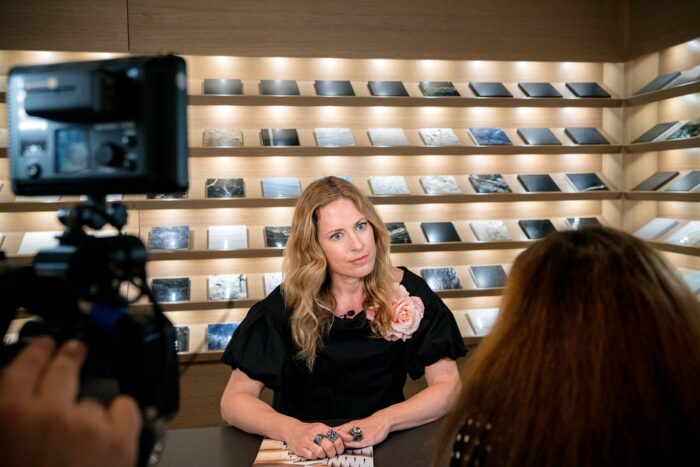