A duplex in Barcelona is brought back to life thanks to a bright, open-plan renovation, enhanced by the light tones of Silestone

An old duplex in Barcelona, with small, dark and chaotic spaces, has been brought back to life thanks to the modern renovation project by GV419 +arquitectura, which stands out for its large, welcoming, open and bright spaces.

To this end, the layout was completely rethought: now located on the ground floor is the living and dining area, with an open plan kitchen. As white is the main colour used throughout the house (in combination with wood and touches of gold), Silestone Cincel Grey was the colour of choice for the kitchen. In the words of the architects, this colour is “reminiscent of a microcement finish, but offers much better performance” and it was used for both the worktop and the splashback.

Indeed, this Silestone finish features a versatile neutral grey shade which balances easily between warm and cool shades. In addition, it stands out for its pleasant Suede finish, which offers a velvety texture and full colour consistency.

But, according to the professionals in charge of the project, in addition to its design, this Cosentino product stands out for its extraordinary properties: it is resistant to scratches, impacts, acids and stains, and offers extra hygiene, making it perfect for a room like the kitchen.

Also on the ground floor is the children’s bedroom and a small bathroom, as well as two beautiful terraces with panoramic views of Barcelona. Upstairs, meanwhile, there is a wonderful master bedroom with a dressing room, a work area and a large open-plan bathroom with separate toilet and shower cubicles, where Silestone Ethereal Glow Suede stands out.

“Silestone Ethereal Glow Suede has allowed us to deal with all the elements of the bathroom with great precision. This finish was chosen for its luminosity, thus avoiding a dark background for the suite. In addition, it has a very elegant veining and its Suede finish offers a touch that a natural marble surface could never offer”, explains GV419 +arquitectura.

A bespoke washbasin unit made in Silestone

The jewel in the crown is in the centre of the en-suite bathroom area, in the form of a large washbasin unit made entirely in Silestone. The oak drawers and the washbasin taps, with separate spout and mixer “for added visibility and style” round off the unit. This product, which stands out for its elegance, is made of 24-carat brushed gold and belongs to the Ministar collection of the Spanish tap manufacturer Maier.

The shower walls and tray in this bathroom also feature Silestone Ethereal Glow in large format slabs. “The machining process in the workshop made it possible to accurately fit Maier built-in shower taps, in this case with up to five channels for the different functions: hand shower, wall jets, rain, waterfall and spray”, the studio says. Furthermore, the kitchen is also fitted with Maier’s taps; in this case, a pull-out tap with two functions in matt nickel.

“Once the details of the bathroom were defined, we worked side by side with Cosentino‘s commercial department, which allowed us to check every last detail of the manufacturing process. Cosentino was also commissioned to manufacture the centrepiece of the washbasin unit, achieving an excellent result”, the studio says.

The studio is very satisfied after using the brand’s products: “Cosentino City Barcelona is a great space to work with the client and get to know the wide range of products that the company offers, their technical features and all the installation possibilities, which made it easier to make a quick decision on the materials to be used for this project”, the studio says finally. 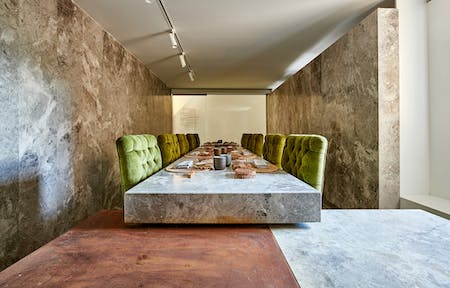 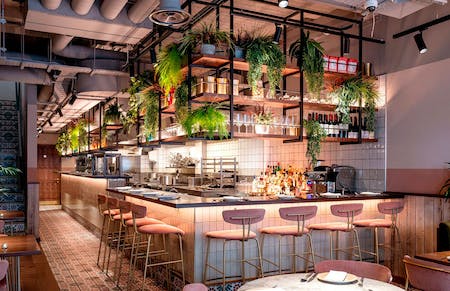 Dekton adds character to a neat and refined London restaurant 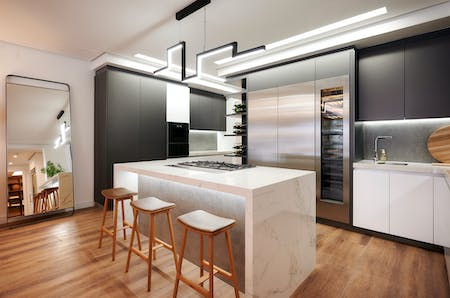 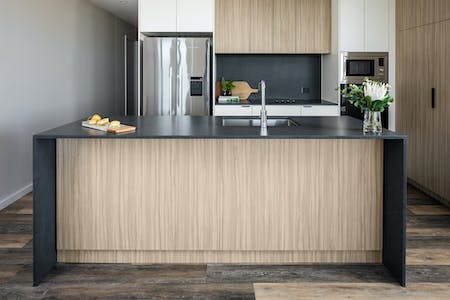 A luxurious rental building chooses Cosentino for its durability, elegance and sustainability 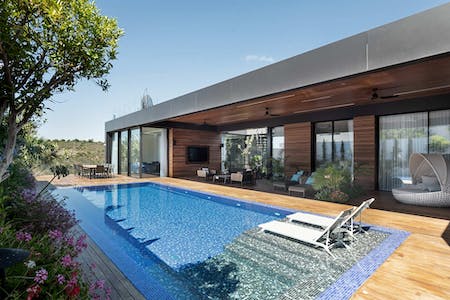 Glass, Iroko timber and Dekton for a façade with a lot of character 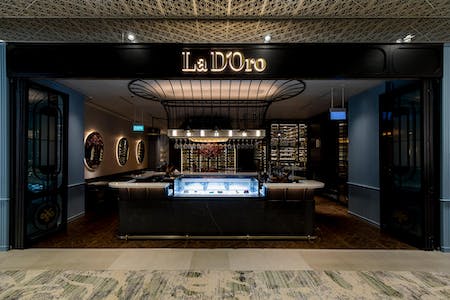 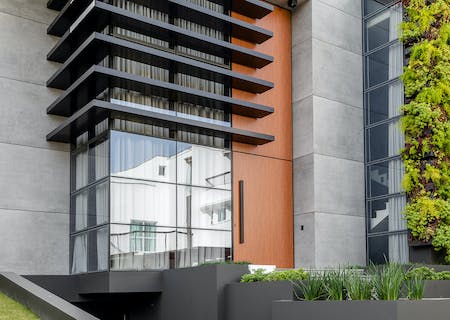 A very sturdy home by the sea 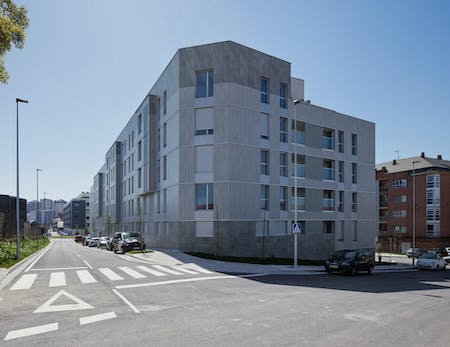 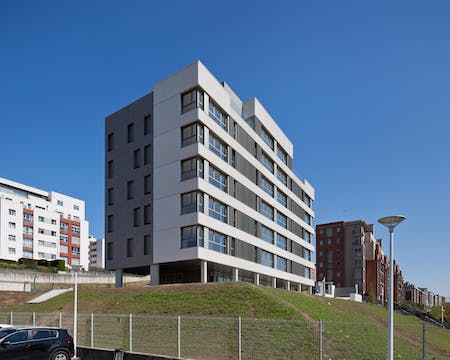 A façade that masterfully combines concrete, steel and Dekton 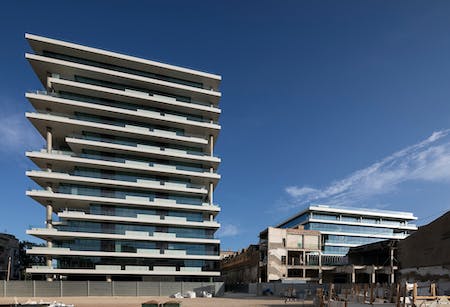