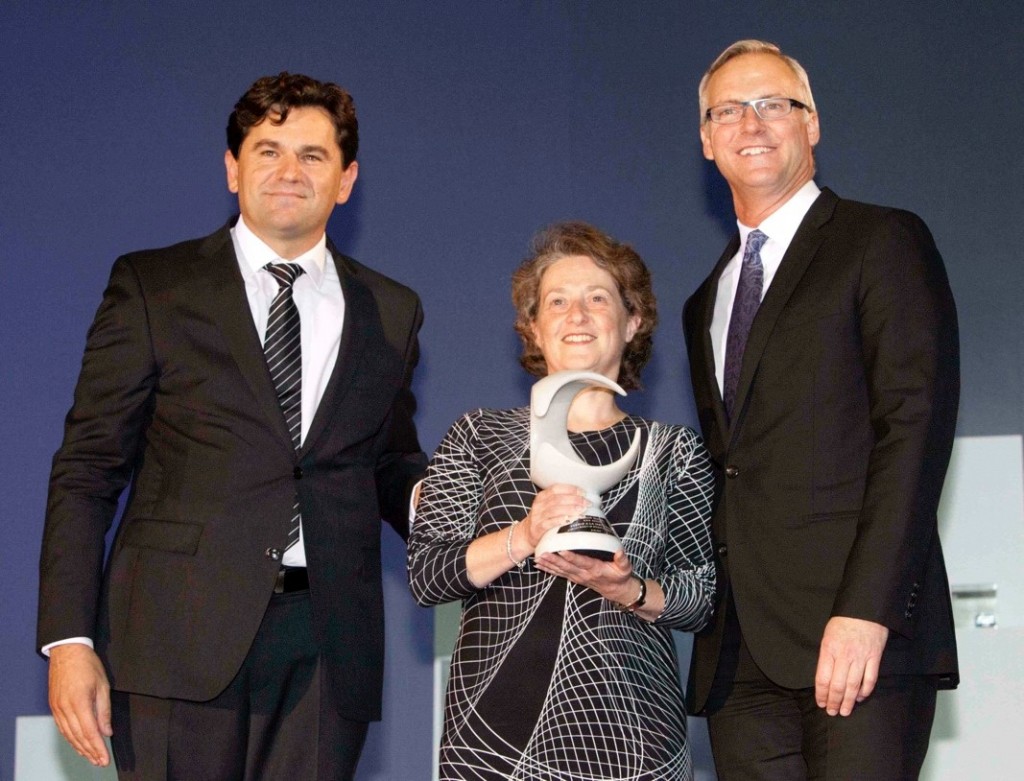 On November 6, 2015, the American Society of Interior Designers (ASID) was honored at the prestigious Macael Awards, hosted by the Asociación de Empresarios del Mármol de Andalucía (AEMA), the leading natural stone association in the Almeria region of Spain. On behalf of ASID and its more than 26,000 members, ASID Chief Executive Officer Randy Fiser and ASID National Chair, Board of Directors, Sandy Gordon, accepted the Institution Award, which each year recognizes a professional organization that plays an integral role in strengthening the presence of Spain’s stone industry across the globe.

“ASID is grateful to Cosentino Group for nominating our Society for this esteemed award, and to AEMA for celebrating its international partnership with an organization that represents all aspects of the interior design profession,” Fiser said. “Partnerships like these are not only the foundation for the interior design industry, but a platform that drives forward-thinking creativity and meaningful conversation for both residential and commercial spaces. I am very proud to accept this award.”

“We are truly honored and humbled to have hosted a Society as influential as ASID at an event so important to Spain’s stone industry,” Eduardo Cosentino said. “Cosentino’s partnership with ASID has proved invaluable, spurring new developments to best meet industry demands, and we’re thrilled to celebrate their contribution to our industry with the Institution Award.”

The 2015 Macael Awards are a well-timed international honor for ASID, as this year also marks the Society’s 40th Anniversary—a celebration of its thousands of members and industry partners who are shaping the places people live, work, learn, play, and heal. “With every material selected and space created, interior design transforms lives, and we are grateful both AEMA and Cosentino recognize the importance of these ideals,” Gordon said.