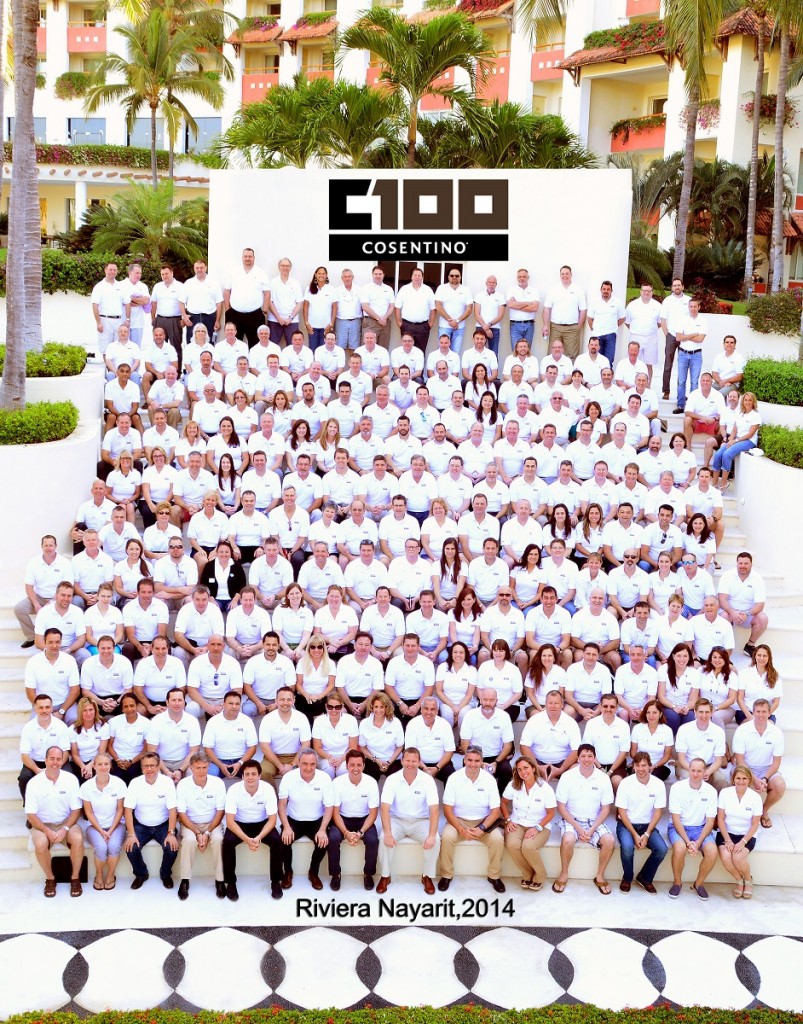 Last week the Cosentino Group (www.cosentino-group.net), a worldwide leader in the production and distribution of natural stone, quartz, recycled and architectural surfaces, held its annual “Cosentino 100” conference for its top North American customers. This year’s event, which took place from January 19 – 22 in Puerto Vallarta, Mexico, heralded the highest attendance ever, with more than 260 attendees from 89 independent companies.

“The Cosentino 100 conference is a significant event for the Cosentino Group,” said Eduardo Martinez-Cosentino, CEO of Cosentino North America. “As Cosentino deepens its presence in the North American market, C100 engages industry and thought leaders in those efforts. Through that dialogue, Cosentino can advance its mission to be a catalyst for materials innovation and design exploration.”

In addition to furthering Cosentino’s presence across North America, Cosentino plans to expand its efforts to engage with key industry leaders.

“The debut of Dekton has sparked a renewed enthusiasm for innovation,” said Lorenzo Marquez, VP of Marketing for Cosentino North America. “Cosentino has raised the ceiling of industry innovation through its commitment to new technologies and C100 has given us the opportunity to educate our core customers as we evolve.”

C100 attendees were briefed on the current state of the industry and were provided with a sneak peak at new colors. The exhibit area included Cosentino’s top vendors and partners in the industry sector such as Kohler, GranQuartz, Breton, and Comandulli among others. Several influential figures in the industry addressed the conference, including CEO of ASID, Randy Fiser; CEO of NKBA, Bill Darcy; Kitchen Business Director of Kohler, John Ryan; and EVP and CEO of MIA, Jim Hieb. The four-day convention also had an educational track featuring seminars on products, marketing and relationships with architects and designers.

January 31, 2014 Categorised in: ant, News
Previous article
Did you Know?