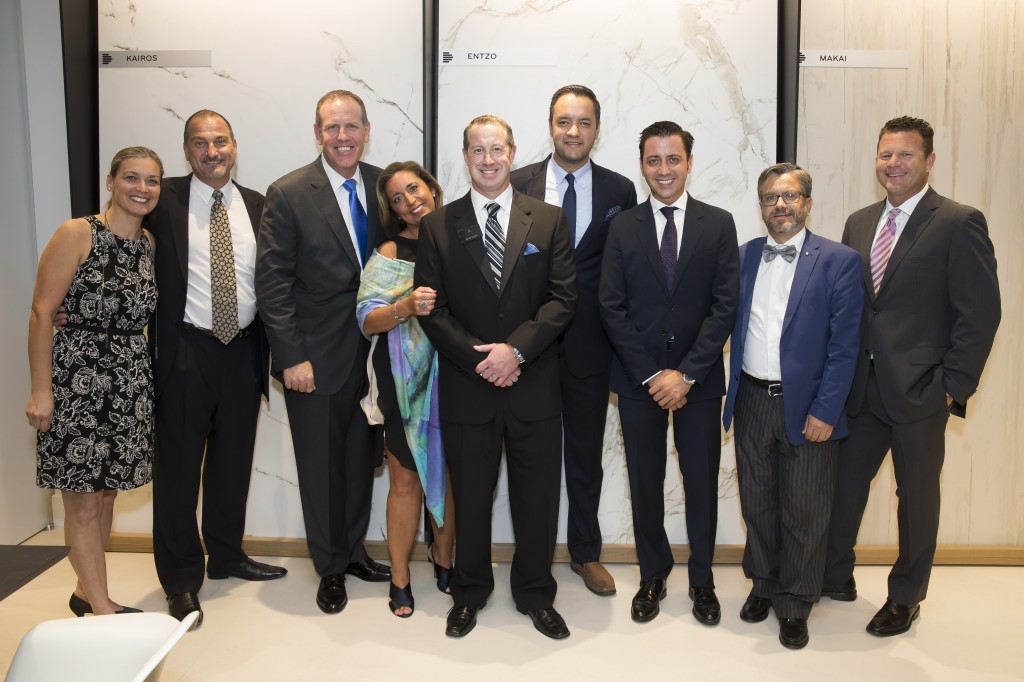 Yesterday, Cosentino Group, a global Spanish firm and leader in the production and distribution of new worktops for the architecture and design sector, officially opened its new “Cosentino City” in New York. Located in Manhattan, this is the first showroom of its kind opened by the multinational in North America.

With a total investment of $1.3 million and a surface area of 4,000 sq. ft., the Manhattan City is located in the well-known A&D building, New York’s most significant design center, which houses leading decoration and luxury firms present in the city. The City will offer architects and designers ample exhibition and work space, including full kitchen and bathroom areas, product displays and access to advanced viewing and design programs with the latest technology, to assist in developing all types of projects.

The “Cosentino City” concept being implemented in several major cities around the world aims to capture visitors’ attention by means of sensory experience and full customer support services provided by Cosentino’s expert staff. Visitors can interact with the different materials offered by Cosentino, and create, view and develop their projects in digital format, using the computer solutions available.

The opening ceremony was attended by nearly 300 professionals from the influential community of architects, designers and interior decorators of the Big Apple and by Cosentino’s Marketing & Communication Director Santiago Alfonso and North American President & CEO, Eduardo Cosentino.

During the reception, Eduardo Cosentino said “The opening of the Cosentino City showroom in Manhattan is yet another example of our strategy for strengthening our position as a leader in the U.S. building and decorative surfaces market. We hope this New York space will become the flagship City showroom for Cosentino all over the world, and a meeting place for our customers and professionals from the sector in New York”.

This new showroom is proof of Cosentino’s faith in North America, where the firm set up its first foreign subsidiary in 1997. Since then, Cosentino has continued to grow and now has 27 operating centers in different parts of the country, two distribution hubs, 12 kitchen and bathroom surface production centers and agreements with 8 wholesale distributors, including Home Depot and Lowe’s.

Cosentino’s North American market accounts for over 57 percent of the company’s sales, and employs more than 1,000 people.