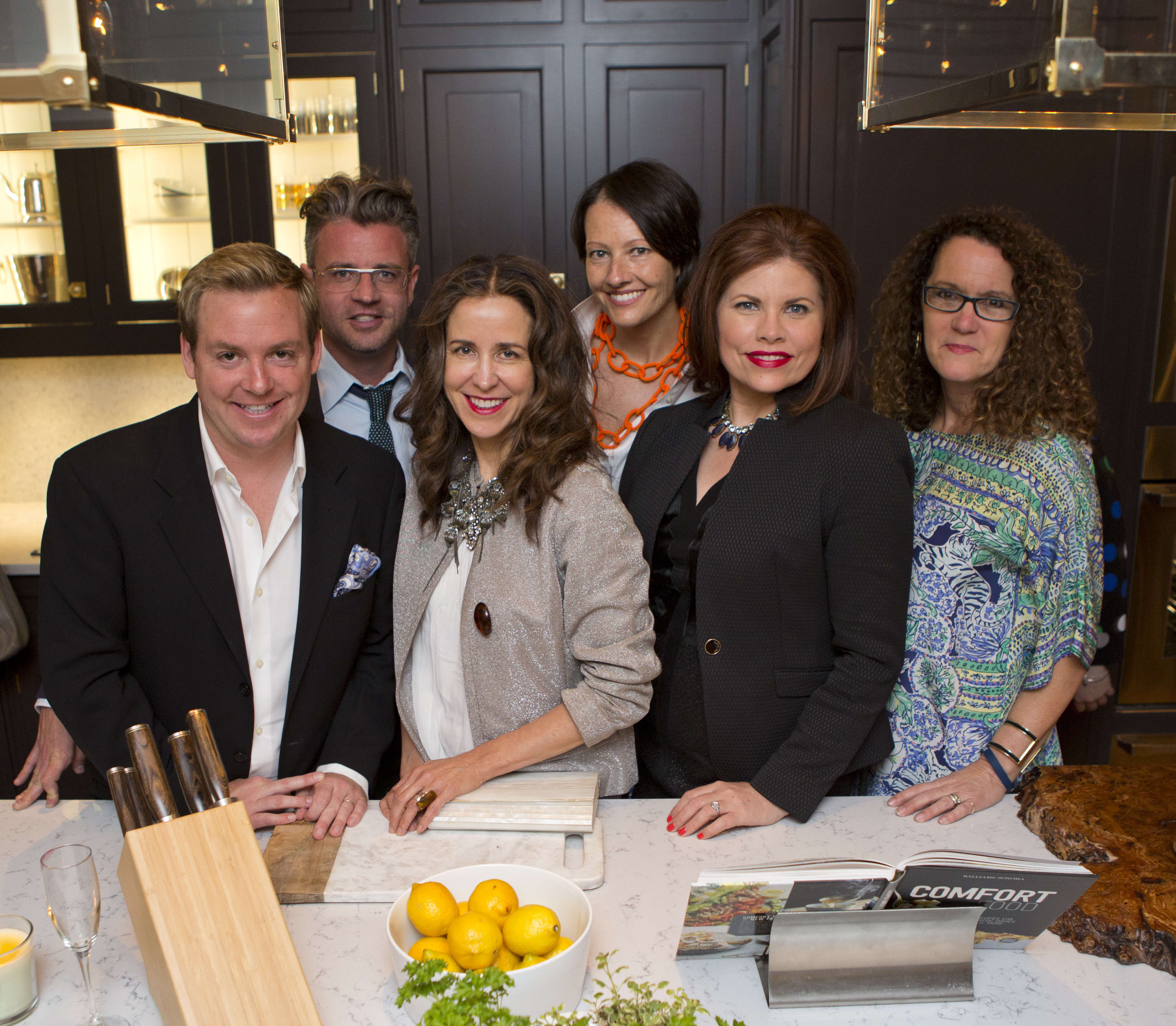 Silestone has announced the 2015 class of its popular Trendspotters program. The six industry influencers will collaborate with Silestone on colors to debut at KBIS 2016. The program, now in its fourth year, kicked off with a day of trendspotting around Manhattan, culminating at the Opening Night of the Kips Bay Decorator Show House where Silestone is showcased in the kitchen designed by Christopher Peacock.

The new Trendspotters—an eclectic mix of influential interior designers from the United States and Canada—each hail from markets known for their distinctive design. Throughout the program, they will capture and share both regional insights from their hometown markets, as well as design inspiration and the latest trends using the hashtag #SilestoneTrends via social media and through the program’s website, SilestoneTrends.com.

The collaboration will conclude in Las Vegas at KBIS 2016, the kitchen and bath industry’s largest tradeshow, where the Trendspotter color series will be unveiled for the first time. “Each year, the Silestone Trendspotter program proves to be a dynamic initiative that helps keep Silestone at the forefront of industry color trends by engaging top design talent,” said Lorenzo Marquez, VP of Marketing for Cosentino North America. “Not only is the 2015 Trendspotter class our biggest yet, it also reflects our expansion in the North American market with designers representing both the United States and Canada. We’re eager to see what they forecast for 2016 and how it inspires the new series of Silestone colors.”

During the program kick-off in New York City, the Trendspotters also met with Cosentino’s global head of product development, Valentin Tijeras Garcia, for a creative design session. In September, the Trendspotters will travel to Cosentino’s global headquarters in Almeria, Spain to continue the color collaboration process with the company’s research and development team. The series will then be tested in the marketplace and sent into production in time for the unveiling at KBIS.

The inaugural Silestone Trendspotters program was launched in 2012 at the Kitchen and Bath Industry show in Chicago when four leading designers were sent to scour the show and report back in their local market. The program continued in 2013 with three new designers and a trendspotting trip to DWELL on Design in LA. In 2014 the program evolved to a new level with each Trendspotter developing their own color for the Silestone “Influencer Series” which debuted at KBIS 2015 in Las Vegas. To find out more about the program and the Silestone Trendspotters, visit Silestonetrends.com.