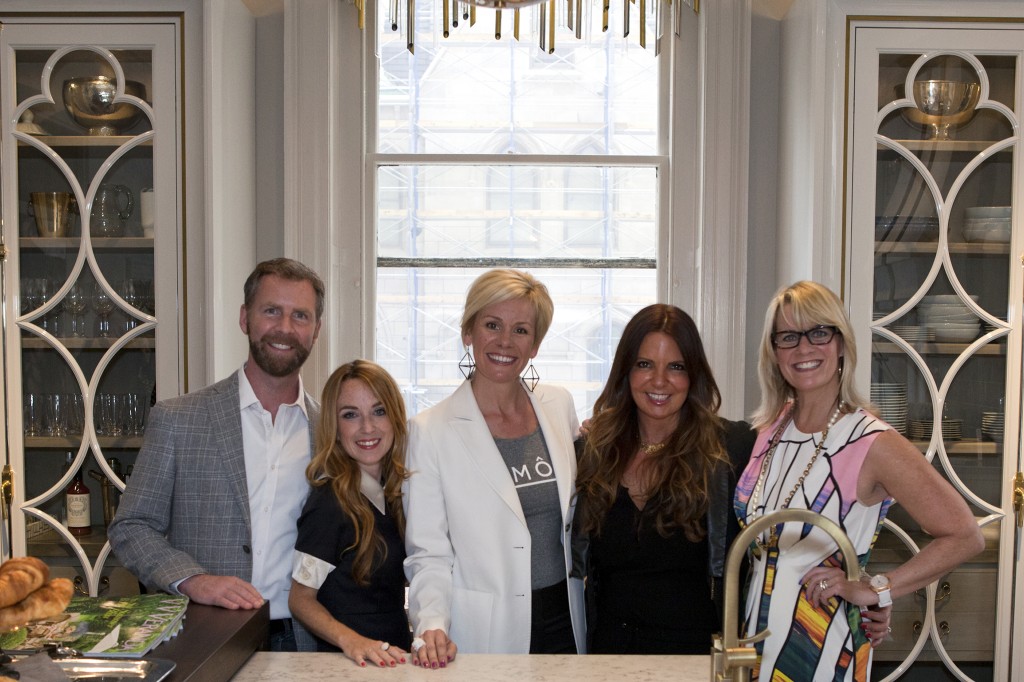 NEW YORK, NY (MAY, 2014) – Silestone (www.silestoneusa.com), a world leader in natural quartz surfacing, continues its popular Trendspotters program for a third year, adding a dynamic new component to the program — Silestone color design. The 2014 program kicked off during a special event at the Kips Bay Decorator Showhouse in New York City, where Silestone was featured in the beautiful kitchen.

The five Trendspotters — a mix of renowned and influential designers from across the country — each represent a critical design destination and will continually share their design inspiration and trends using the hashtag #SilestoneTrends via social media and through the program’s dedicated website, SilestoneTrends.com. In addition, this year’s program will leverage the Trendspotters design expertise and regional market insight to develop the next color series for the popular Silestone natural quartz line, which will be unveiled at KBIS 2015, the Kitchen and Bath industry’s largest trade show that will take place in Las Vegas.

“We are excited to continue with the Silestone Trendspotter program and add another layer to the program this year,” said Lorenzo Marquez, VP of Marketing for Cosentino North America.  “As a leader in the kitchen and bath industry, it’s critical that we continually tap creative talent from across the nation to help inspire our newest color series for Silestone. We’re looking forward to working together with the Trendspotters to develop a truly interesting offering that will resonate across the nation.”

Following the kickoff event at the Kips Bay Decorator Showhouse, the Trendspotters will join Cosentino’s head of product development, Valentin Tijeras Garcia, for a creative design session in New York City. This summer, the Trendspotters will travel to Cosentino’s global headquarters in Almeria, Spain to test their initial colors. The final hues will be tested in the marketplace and sent into production in time for the unveiling at KBIS. The entire program will be documented on Silestonetrends.com and through each participants social media platforms, all using the hashtag #silestonetrends.

The inaugural Silestone Trendspotters program was launched in 2012 at the Kitchen and Bath Industry show in Chicago, with four leading designers, who were sent to scour the show and report back in their local market. The program continued in 2013 with three designers, who attended Dwell on Design to spot their favorite finds and also report their insights locally. To find out more about the program and the Silestone Trendspotters visit Silestonetrends.com.