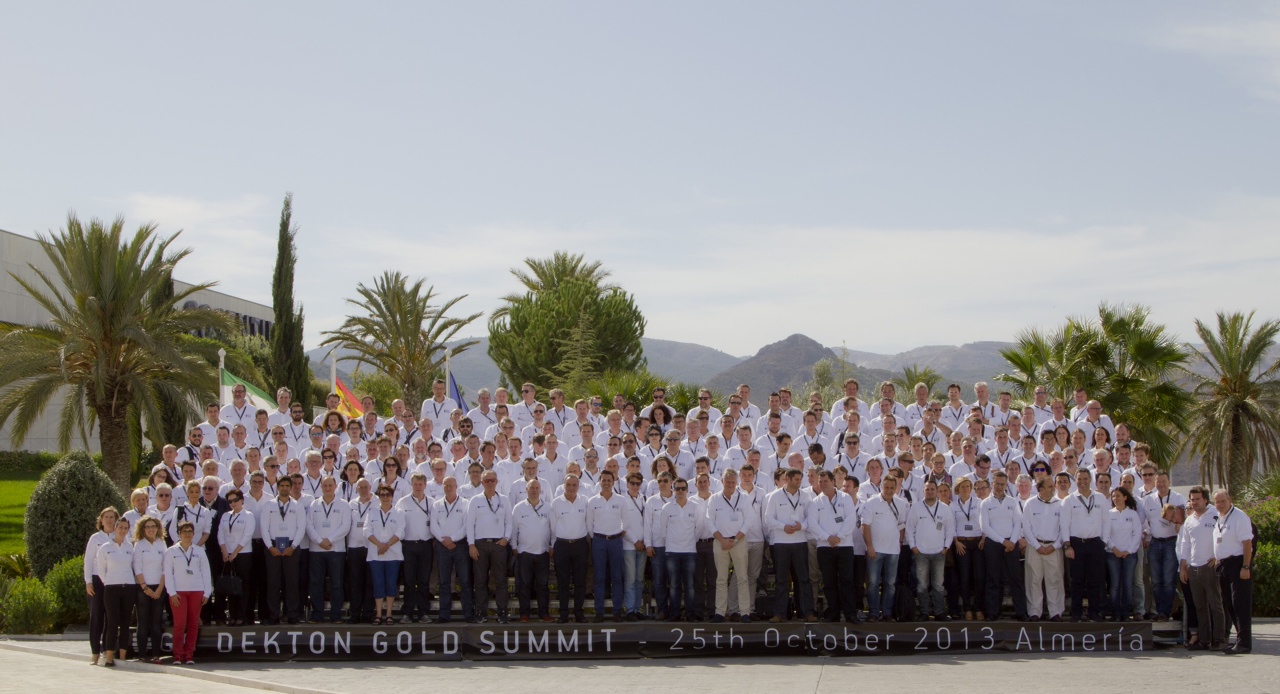 The Spanish multinational and world leader in the production and distribution of innovative surfaces for architecture and design, Cosentino has held a new Convention for European distributors at its headquarters in Cantoria (Almeria). Entitled the ‘Dekton Gold Summit’ the meeting brought together 170 clients from Russia, Israel and the European Union, including Christophe Gontier, managing director for Cosentino UK and Ireland as well as the the UK and Ireland general managers and Gold fabricators.

These distributors classified as ‘Gold’ within the Cosentino Group loyalty programme, visited the extension of the multinationals industrial park in Cantoria, with particular emphasis placed on the new Dekton® factory and the intelligent logistics warehouse.  They also got to see first-hand the marketing strategies, manufacturing, transformation and preparation processes as well as new business opportunities offered by Dekton®; the new ultra-compact surface that Cosentino is launching globally towards the end of this year. 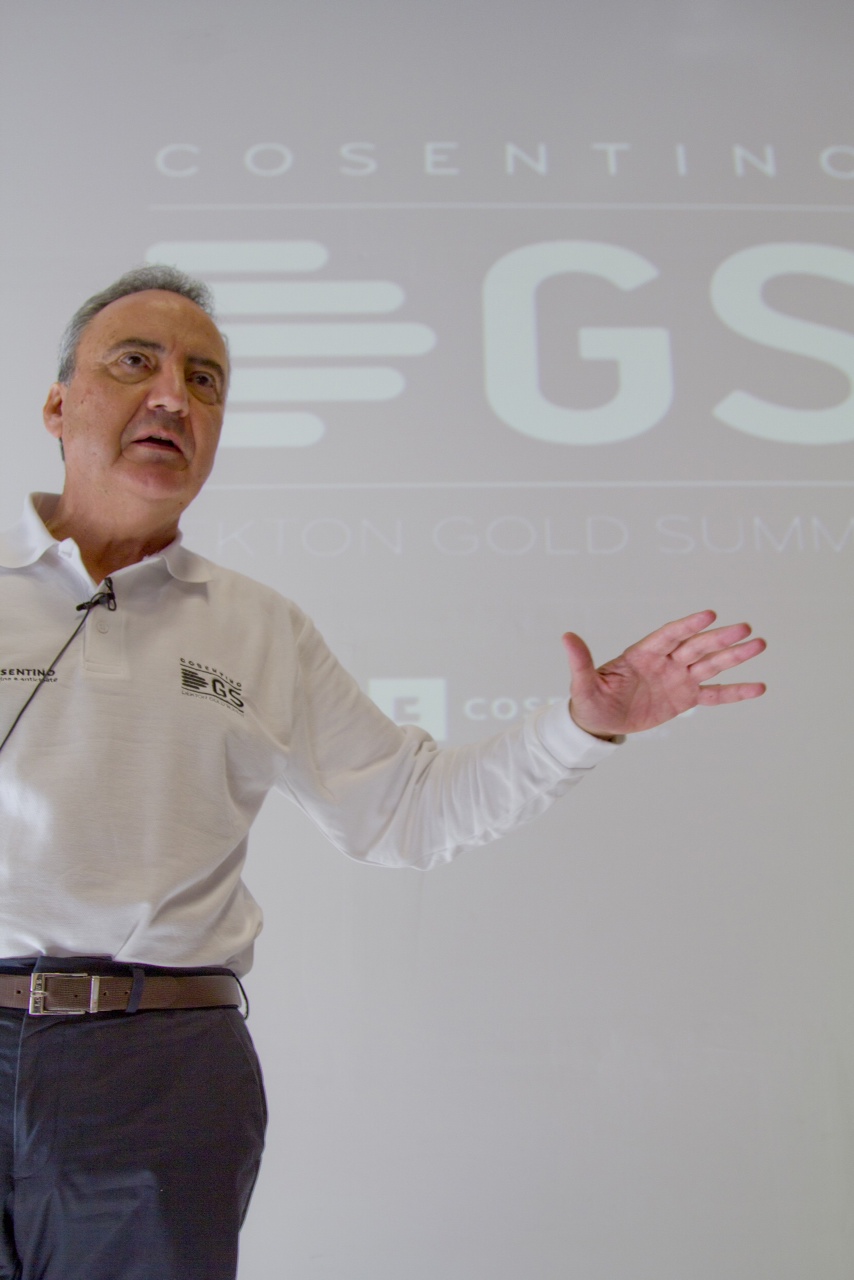 With 43 Centres or logistics and service centres operating around Europe, including Spain and Portugal, Europe has positioned itself in recent years as the second market in revenue for the multinational from Almeria. For 2013, sales are expected to stand at almost 170 million euros for this region.

During the opening speech of the Convention, the Chairman of the Group, Francisco Martínez-Cosentino, emphasised the uniqueness of this meeting as “for the first time in our history, we have held a convention with ‘Gold’ category clients in Europe. This, along with the fact that we are in the first year of life of Dekton® symbolises a new reality and a starting point towards an immediate future with new possibilities and business opportunities for our best partners and contributors”.

Finally, and after revealing some of the upcoming investments and openings that the company will carry out, Martínez-Cosentino emphasised about Dekton® “it is a unique advantage to conquer new market segments, especially in the world of projects, and to mutually collaborate again with our partners and grow together.”

The conference that also had the coasts of Vera and Mojacar as venues for the leisure side of the convention was the most comprehensive in terms of represented European countries, which has been held to date. Clients from countries in Eastern Europe and Mediterranean Europe such as Cyprus, Israel, Romania, Malta, Turkey, Poland and Russia were present.