In the first part of this series, we learned how Theresa Casey became a Silestone Trendspotter.  Now, we’re happy to share the next step in the journey – Developing the new Silestone Etching Series.

After joining the talented group of designers and architects, and taking her spot with the Silestone Trendspotters, Theresa and the team set out on a mission to design a new surface material for Cosentino. Working alongside the company’s Research and Development team at their Spanish headquarters, the Trendspotters conceptualized and developed the Silestone Etching Series, a new material unique from all other quartz surfaces available on the market. The concept for the Etching Series was developed from recovered prototypes found on the factory cutting room floor. 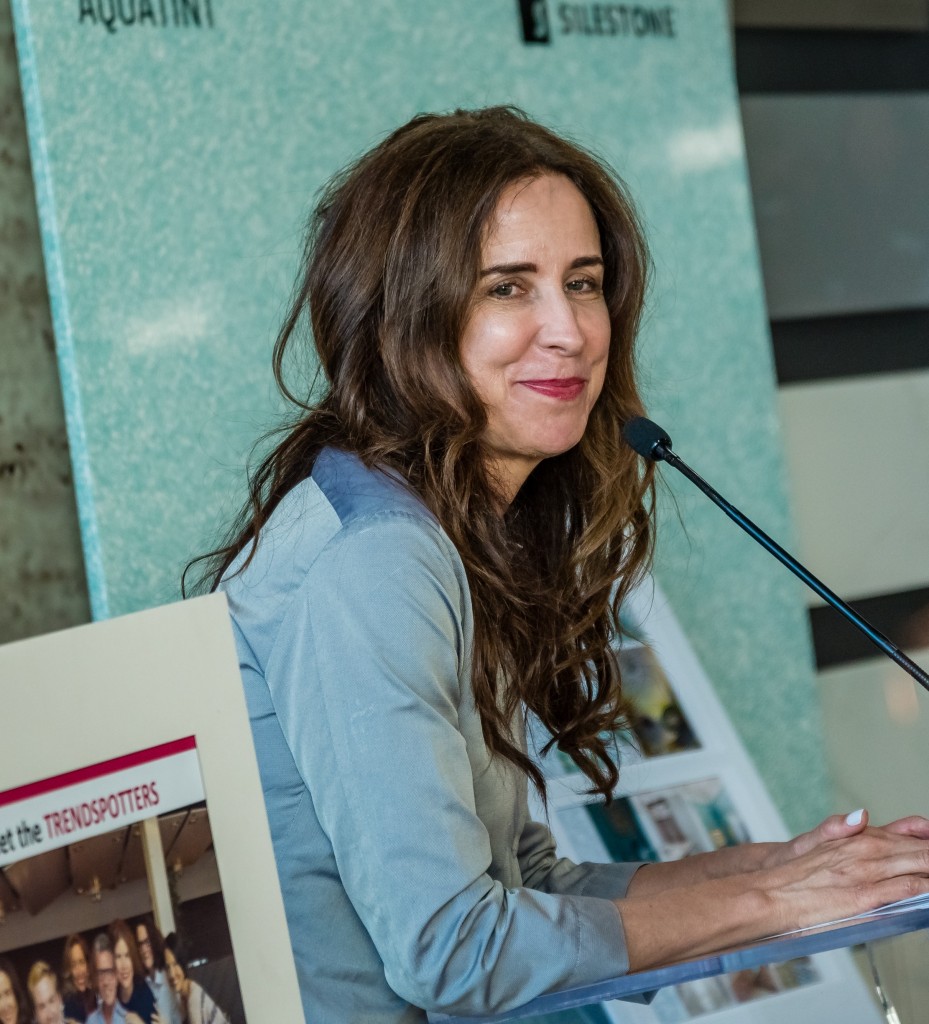 Created using shards of durable Dekton cast in Silestone quartz, the Etching Series is the first to unite two of Cosentino’s brands. The first colours launched from the series are Ink and Aquatint. Ink embraces trends of mod design, geometry, and juxtaposition with a striking mixture of black and white, while Aquatint brings together a soft aqua with flecks of white Dekton throughout.

These two colours have entered the design market at an opportune time as Theresa says there is a new trend developing. “We’re seeing a segment of the market that is embracing a graphic aesthetic with their interior design. Designers are not afraid to layer or mix patterns and textures anymore and the Etching Series is perfect for those looking for a surface that is more outside the box.” 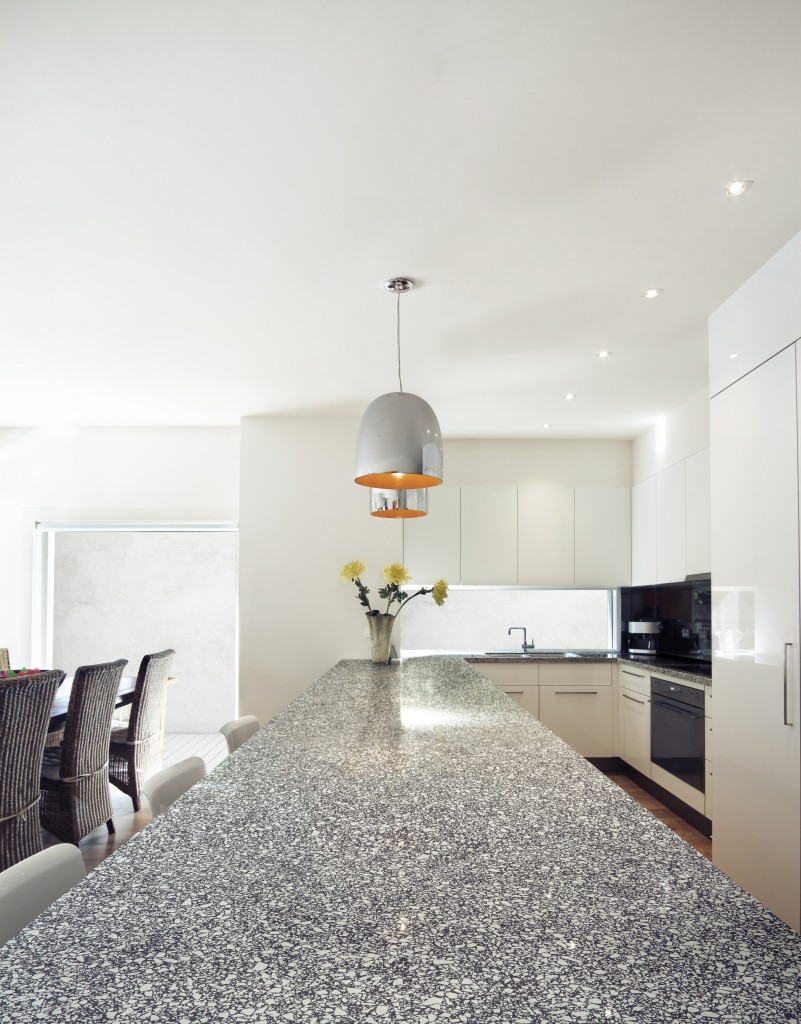 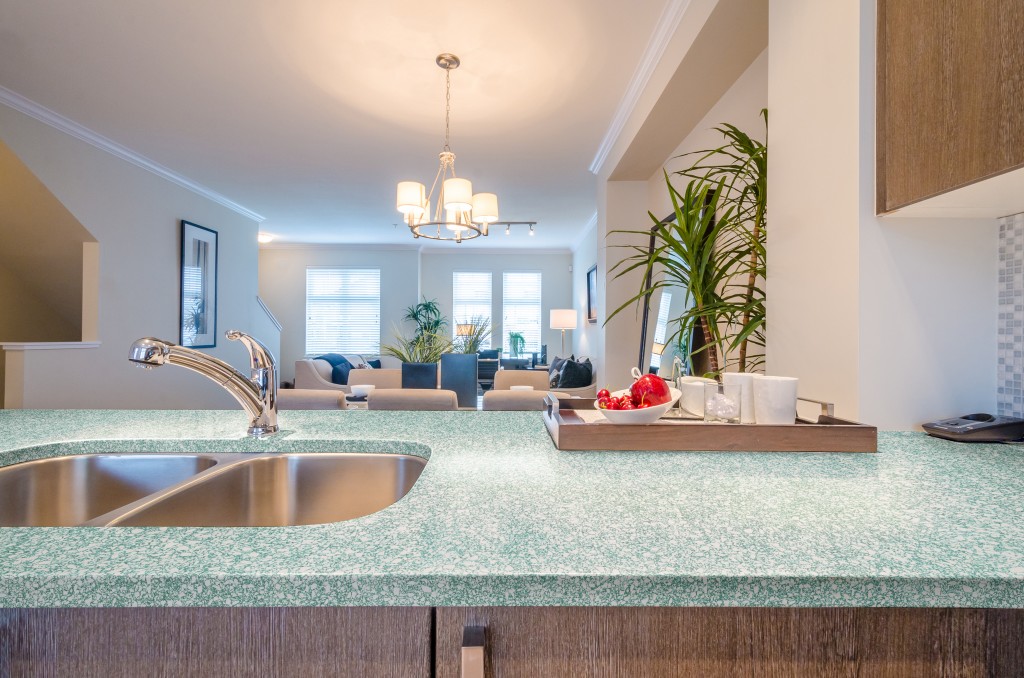 We’re not finished yet! Check back for the final instalment of Theresa Casey’s role in the Etching Series, where we will share her thoughts on how the series can be incorporated into versatile designs.